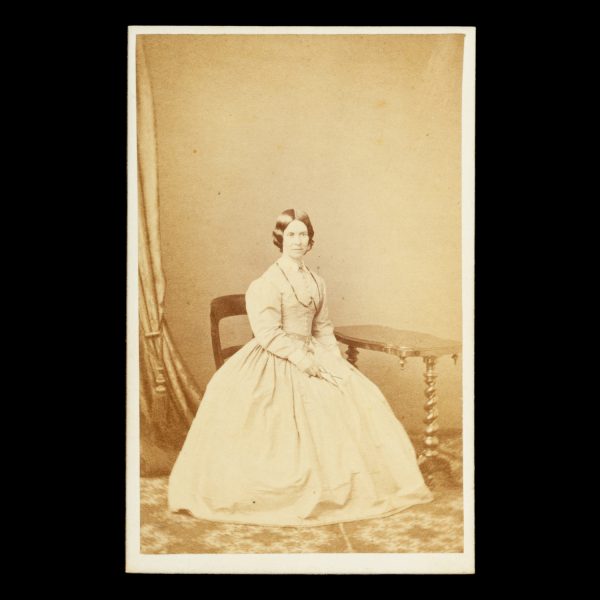 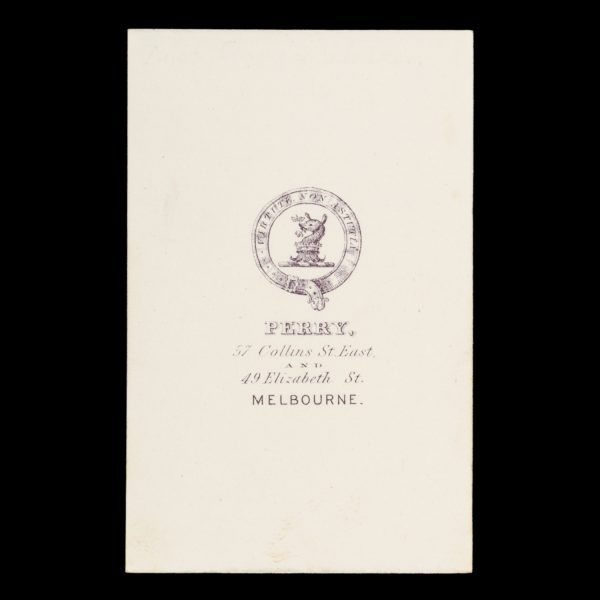 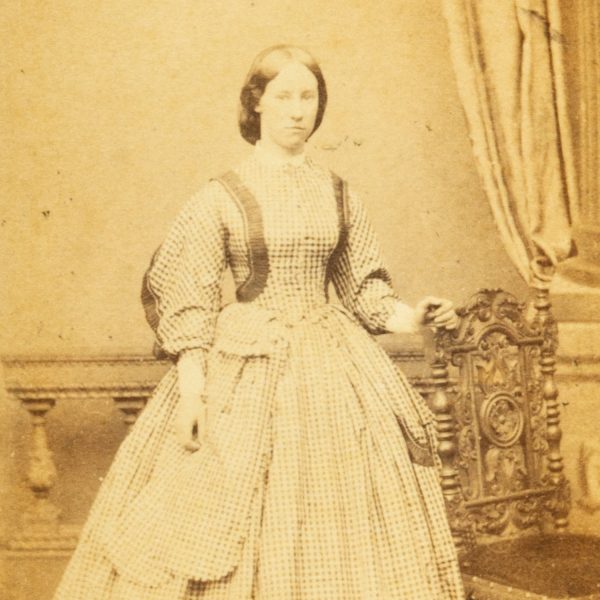 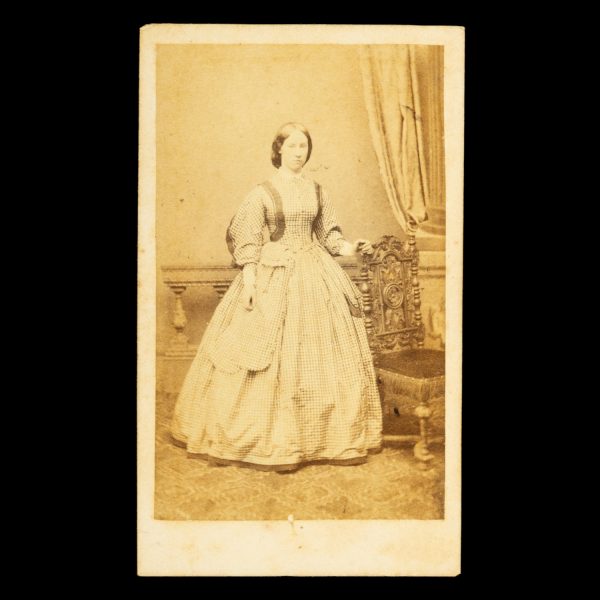 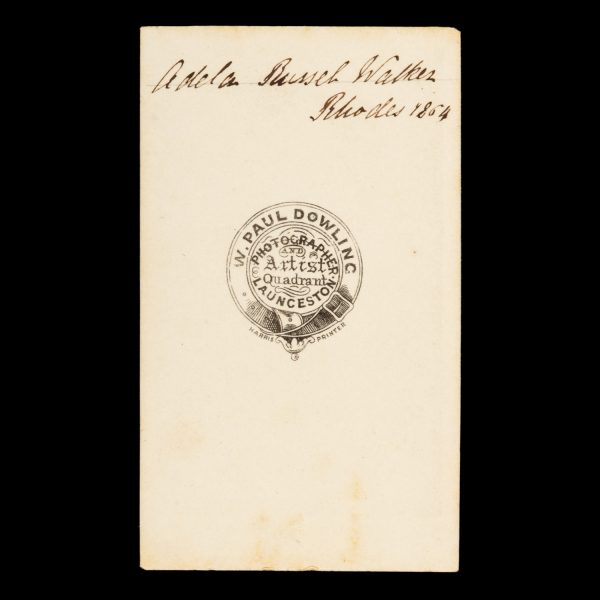 A rare mid-1860s portrait photograph of one of the most significant Australian women artists of the nineteenth century, Anna (Annie) Frances Walker, of Rhodes (Sydney) and Longford, Tasmania.

Another example of this studio portrait of the botanical artist and plant collector is held in a Walker family album in the Mitchell Library, Sydney.

Walker, Anna (Annie) Frances (1830-1913). Born in June, 1830, at Rhodes, the family home on Parramatta River, Concord, NSW. She died there in 1913. Her father Thomas Walker was deputy assistant Commissary General in charge of stores at Paramatta and Port Jackson; her mother Anna Elizabeth Blaxland belonged to the high society Blaxland family, famous for the explorer Gregory Blaxland. Her parents married in 1823 and took their young family to Van Diemen’s Land in 1832 to another family property.

Anna inherited her mother’s interest in botany and botanical illustration. When she was about 16 or 17 she spent about two years living with her grandmother at Newington, the Blaxland family’s home on the Parramatta River, who further encouraged her interest in botany. At Newington she received instruction in watercolour painting from Henry Curzon Allport (once a pupil of John Glover).

Thomas Walker died in 1861, and in 1870 the family returned permanently to Rhodes in Concord. Annie remained there with her two unmarried sisters for the rest of their lives. A few years after Anna appears to have begun exhibiting her artwork. In 1873 she submitted ten wildflower works to the NSW Academy of Art exhibition and the Agricultural Society’s show. That same year she won a gold medal in the London Internatiional Exhibitiion for her watercolours of Tasmanian flowers. When the Internatiional Exhibition was held in Sydney in 1879 her collection of wildflower paintings garnered her a ‘Highly Commended’.

In 1881 she sought and received help from Ferdinand von Mueller to annotate some of her paintings in an effort to have them published. In 1887, having had no luck with publishers, she self-funded the publication of Flowers of New South Wales, a small collection of her many flower paintings, perhaps intending to add further volumes if the venture was successful. The poor quality of the ten chromolithographs did not do justice to her paintings.

Over the years she amassed eight volumes of botanical watercolours, some 1,700 illustrations, done in Tasmania and NSW between 1875 and 1910, which she hoped to publish. In this venture she was unsuccessful. In the end she sold her extensive collection to David Scott Mitchell, the founder of the Mitchell Library in NSW for 70 pounds.

“I let it go at the absurd price being too annoyed, & disheartened to trouble any more about the matter.”‘