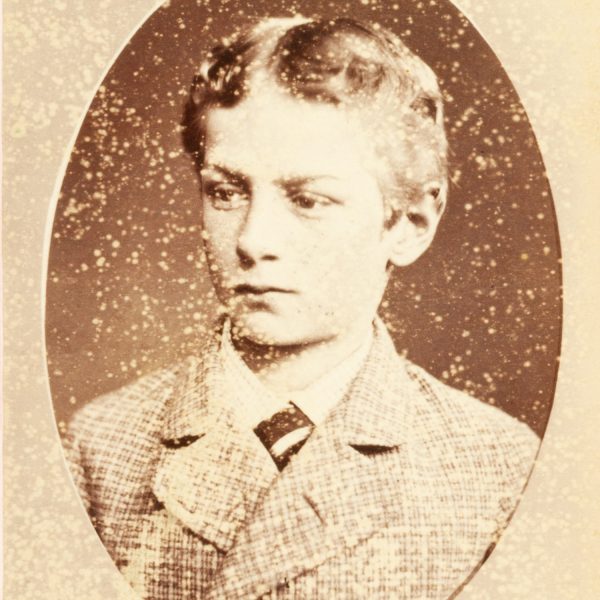 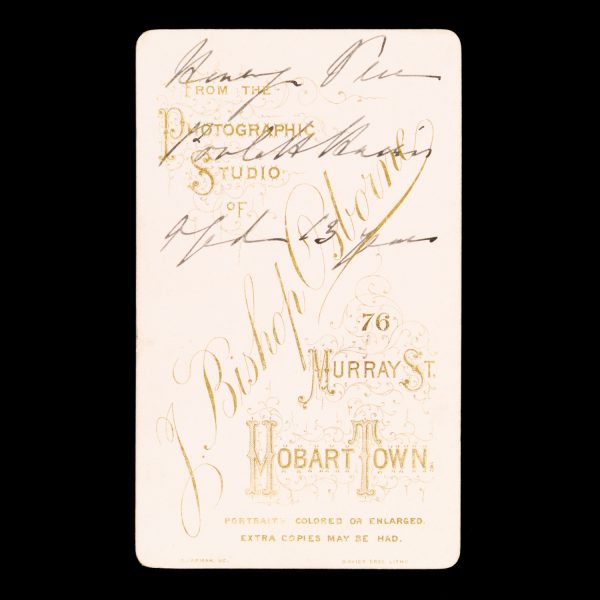 verso imprinted ‘From the Photographic Studio of J. Bishop Osborne, 76 Murray St. Hobart Town’, and with an identifying caption in ink: ‘Henry Vere Poulett-Harris, ages 13 years; the print has mottling in the negative but is in very good condition, as is the mount.

Vere Poulett-Harris’ father was Richard Deodatus Poulett-Harris, an educationalist, priest, the founder of the Masonic Lodge in Tasmania and the co-founder of the University of Tasmania. Amongst his other activities, Richard was passionate about cricket and, in 1882, was elected a trustee of the Southern Tasmanian Cricket Association. Furthermore, he encouraged the boys at the high school of which he was the headmaster to compete at sports.

Vere Poulett-Harris left Tasmania to study medicine but ended up working for a time as a bank clerk at Charters Towers before becoming a gold prospector. By 1898, he was prospecting in Western Australia.

He discovered the Corinthian gold mine in the Yilgarn Gold Field of Western Australia and was also one of the first people to prospect at Burtville. He wrote an account of the discovery of Corinthian which was published in a newspaper of the time.

In 1911, he was called as a witness to testify during Chaffinch Mine Conspiracy trial.

Vere Poulett-Harris’ obituary states that he was “one of the outstanding athletes in the State, winning great success as a runner, cricketer and footballer. He played cricket for the Wellington Club and was regarded as one of the most graceful batsmen in the State. He was a member of the State team when a youth, and toured New Zealand with the Tasmanian team under the captaincy of the late Sir George Davies. Later he met with success as a batsman on the mainland. He was also a champion footballer and a member of the Cricketers’ Football Club, some of his contemporaries being Messrs. W. H. Cundy, L. H. Macleod, K. E. Burn, A. Stuart and G. Watt. As a runner he defeated many of the recognised champions of his day.”