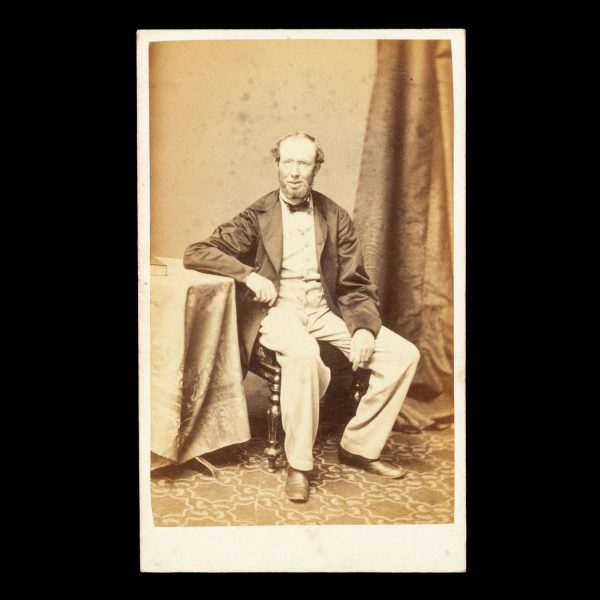 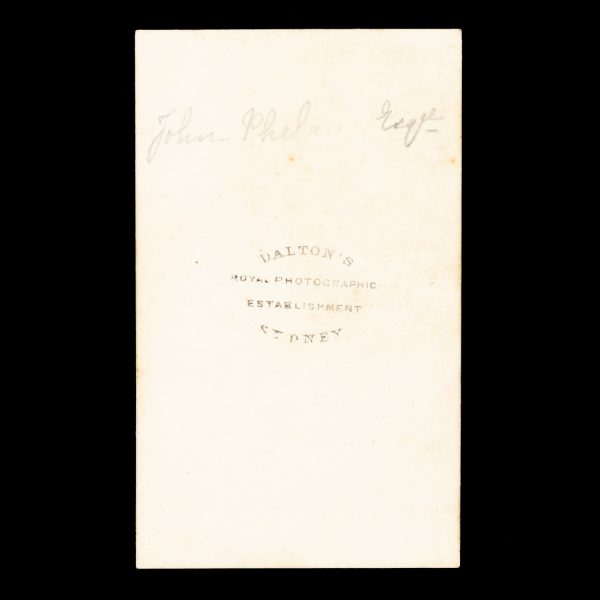 Studio portrait of John Phelan, Esq., Under Sheriff of the Colony of New South Wales. Sydney, 1863-64.

We believe this to be a portrait of the John Phelan who rose from Senior Clerk of the Sheriff’s Office to the position of Under Sheriff of New South Wales in April, 1861, and served in that position up until the early 1870s. Although we have not been able to trace another portrait of him, the social status of the sitter in this Dalton’s portrait, as indicated by his attire (frock coat, bow-tie, watch chain, and gentleman’s moleskins) and the use of the title “Esquire” after his name, certainly points to this man being the same John Phelan.

Phelan’s death notice appeared in the SMH, 13 May 1872: ‘On the 8th instant, at his residence, Sunnyside Cottage, Balmain Road, JOHN PHELAN, Esq., aged 54, for many years Under-Sheriff
of the colony.’

According to Davies & Stanbury (Mechanical Eye), Dalton’s studio at 320 George Street was using the name Royal Photographic Establishment in the years 1863-64, with William Bradley as operator.