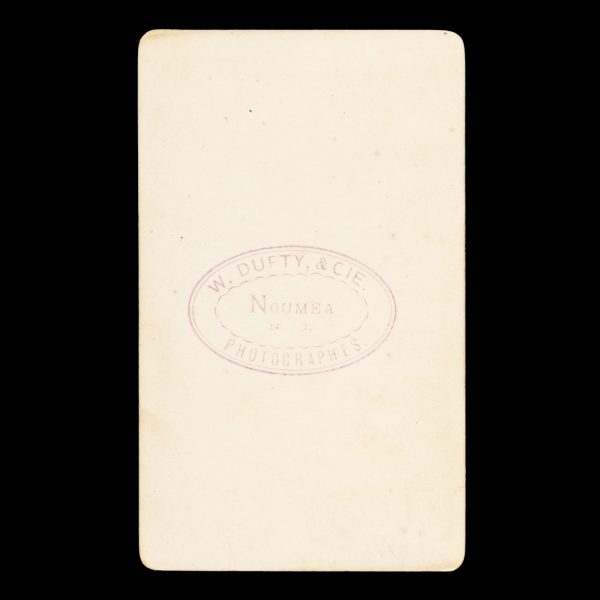 Walter Dufty, one of four English-born brothers who were pioneers of photography in the islands of the Western Pacific, operated a studio in Noumea with his brother Edward in the 1870s. The carte de visite we offer here was almost certainly taken in this period. After a sojourn in Australia, Walter returned to New Caledonia in 1883 and opened a studio in partnership with James Peace, which remained in business until 1885.