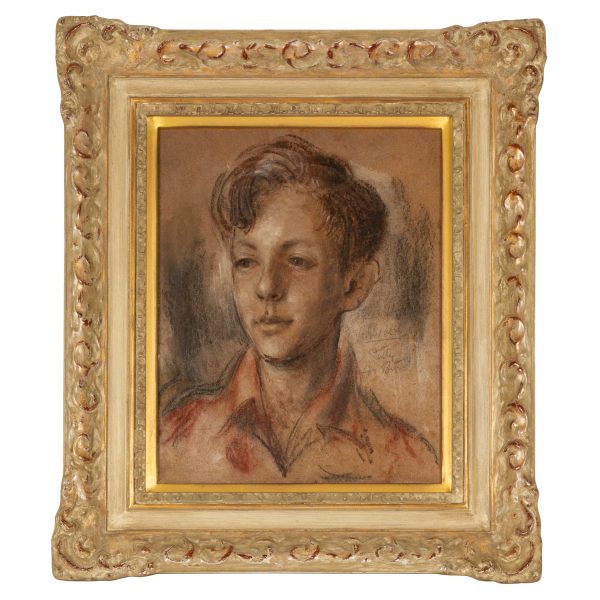 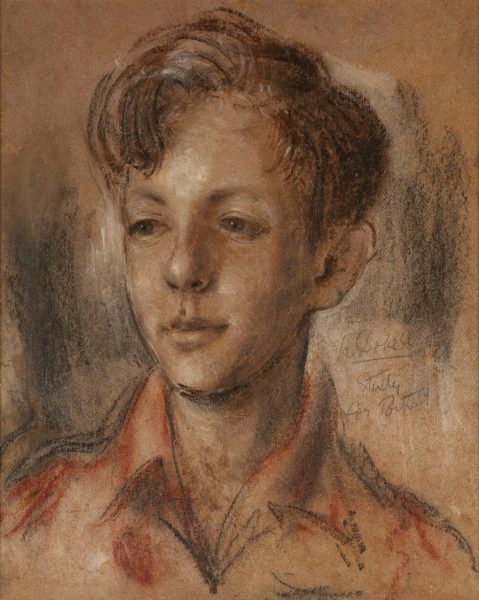 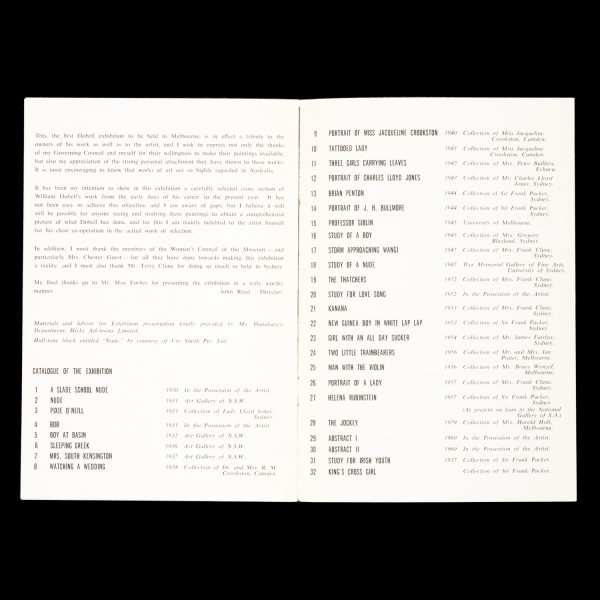 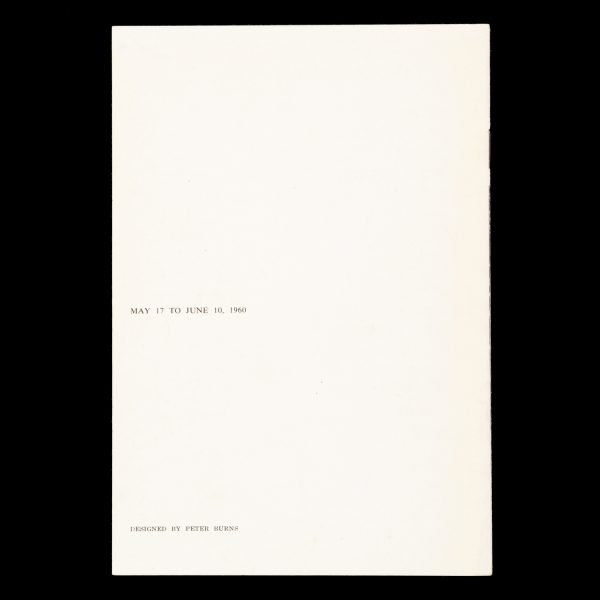 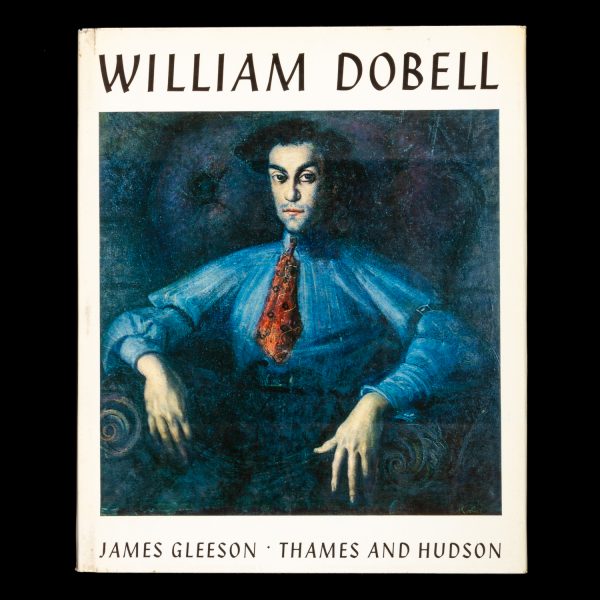 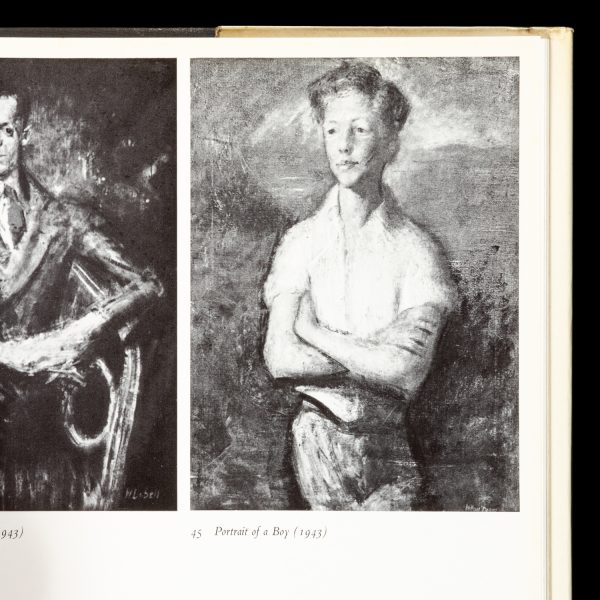 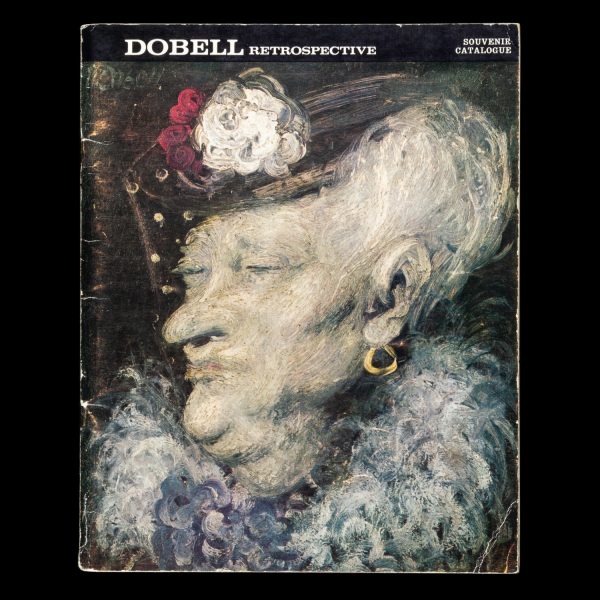 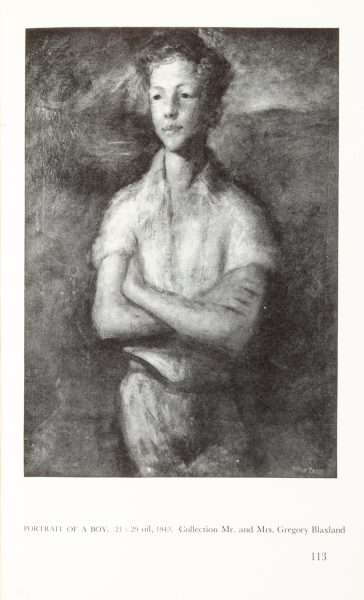 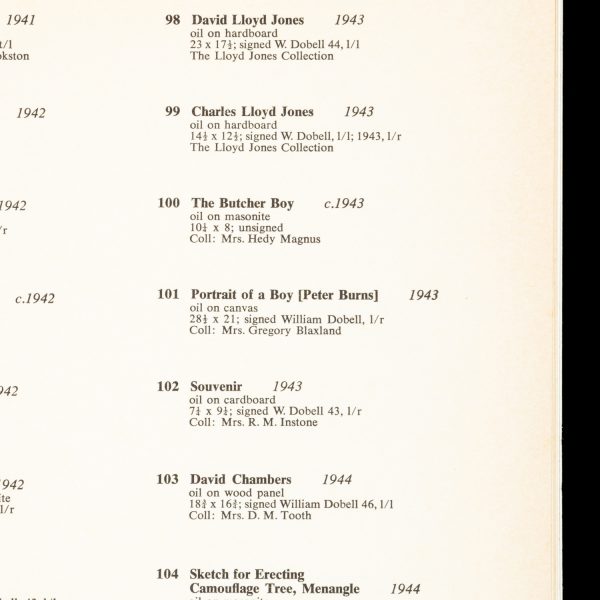 After several formative years spent in London, the mid-career Dobell returned to Sydney in 1938, just prior to the war. The next few years saw him produce some of his finest and most memorable portraits; The Cypriot (1940), The Strapper (1941), The Billy Boy (1943), and Portrait of a boy (for which this is the study) being recognised as innovative and insightful examples. His Archibald Prize entry the same year, Portrait of an artist (Joshua Smith) would see Dobell’s fortunes change, his exaggerated stylisation of Smith’s portrait deemed a grotesquery of portraiture. Today, Dobell is regarded as one of Australia’s greatest portrait painters, his rejected prize entry instantly recognisable as of of the most distinctive images in Australian art.

Having appeared at auction on at least two occasions, Study for Portrait and its related work Portrait of a Boy have suffered from anonymity when previously offered for sale. It is by reference to Dobell’s major retrospective at the Art Gallery of New South Wales in 1964, the sitter’s identity is revealed. Catalogue number 101, Portrait of a Boy is identified as Peter Burns (born 1924), painted at the age of nineteen. Burns would go on to enjoy a successful career as an artist, architect and designer, holding a number of solo exhibitions at the Museum of Modern Art (Heide) in 1958 and 1959. The following year, Burns would design the exhibition catalogue for William Dobell at Heide, Dobell’s first solo exhibition in Melbourne, where this work was also exhibited under the title Study of a boy. Possibly Burns requested he was not identified as the sitter in the catalogue, given his close connection to the gallery. The portrait was commissioned by Mrs. Gregory Blaxland (Helen Blaxland, née Anderson, 1907-1989), who had previously commissioned Dobell to paint a fine portrait of herself and her daughter Antonia in 1941 at their residence in Woollahra. Study for Portrait (this work) left the Blaxland collection some time in the 1960s, with the Blaxland’s also selling their portrait of Helen and Antonia in 1972, and the major work  Portrait of a Boy in 1974. The Study went to Barry Stern’s gallery in Sydney, and has since passed through private hands, its auction appearance without any identification of sitter.

Portrait of a boy (Peter Burns) and Portrait of an artist (Joshua Smith) were both painted in 1943, a critical year in Dobell’s career with his prize winning portrait of Smith critically ravaged in the press and subject to litigation. Now, the portrait is regarded as an Australian masterpiece, with its study (measuring a mere 36 x 25 cms) selling for a record breaking AUD $915,000 in 2019 (Bonhams Sydney, Fairwater: The Collection of Sir Warwick and Lady Fairfax AC OBE, 22 Sep 2019, lot 215).

A fine and handsome portrait by William Dobell of Peter Burns, a fellow painter in the prime of youth, and a figure whose connection to Dobell’s life and career would be ongoing.

Private collection, Sydney (purchased from the above in 1968).

acquired from the above