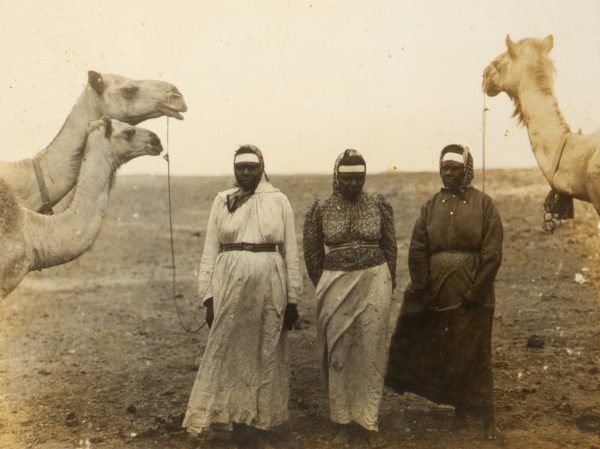 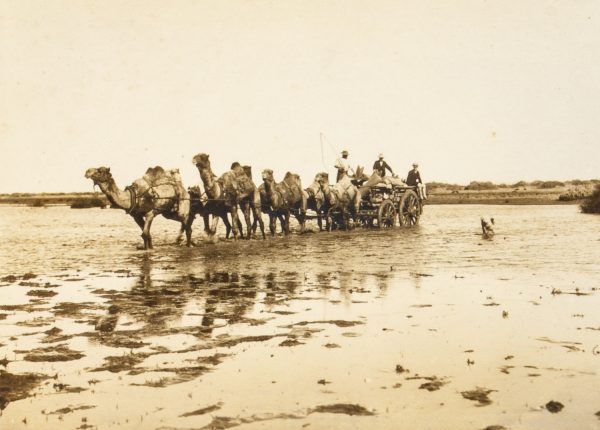 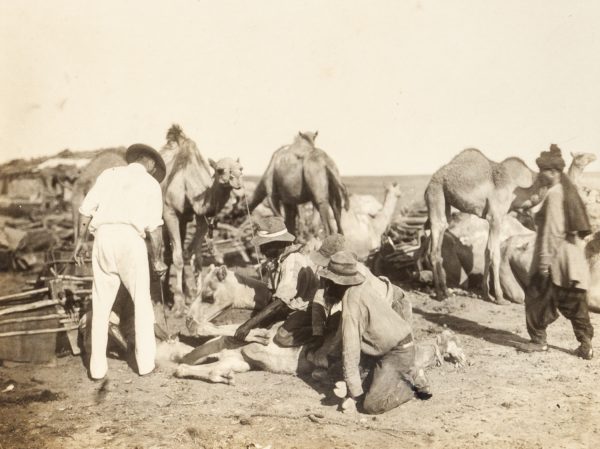 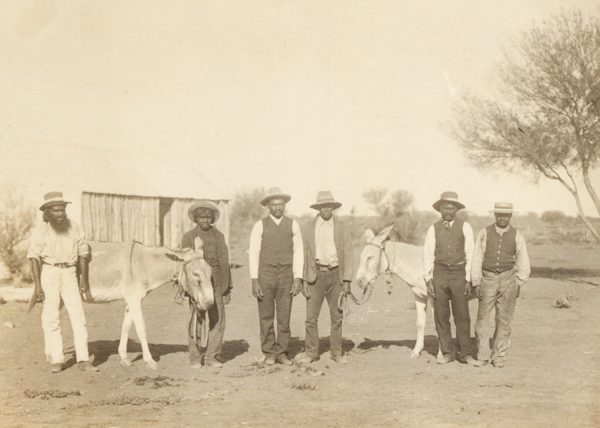 Ten silver gelatin print photographs, most in format 150 x 200 mm (some smaller), laid down in pairs on rectos of five contemporary board mounts; versos with original owner’s name E. S. Chase inscribed in ink; the group comprises portraits of local Aboriginal people, including stockmen, women and children (one shows a group of three women married to Afghan cameleers who have adopted Islam), and donkey and camel trains (one showing an Afghan cameleer); one of the prints – a shot of a mother camel carrying its young offspring, has some scattered foxing, otherwise the prints are in very good condition, unfaded and with superb clarity.

The attribution of these important images to Adelaide photographer Charles P. Scott (1878-1928) is based on the striking close-up profile portrait of a woman wearing a polka-dot headscarf and smoking a pipe – a much-reproduced image and probably Scott’s most memorable photograph. Many of Scott’s images taken in and around Oodnadatta were published as captioned postcards in the early twentieth century. The Art Gallery of South Australia holds in its collection a large number of Charles P. Scott photographs taken in the Oodnadatta area on Allendale and Todmorden cattle stations in 1903-04, which were donated by George Bagot, a descendant of pastoralist Edward Meade (Ned) Bagot (1822–1886), in 1975.