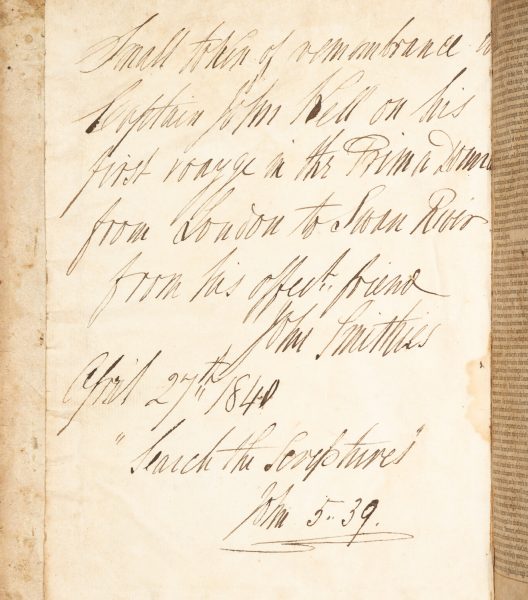 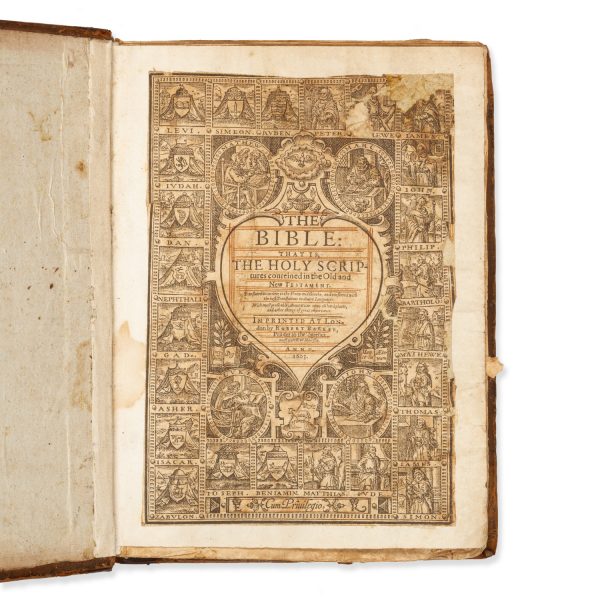 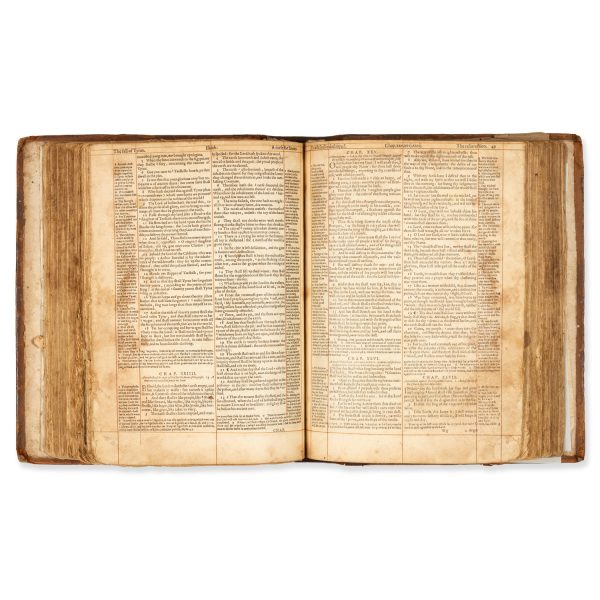 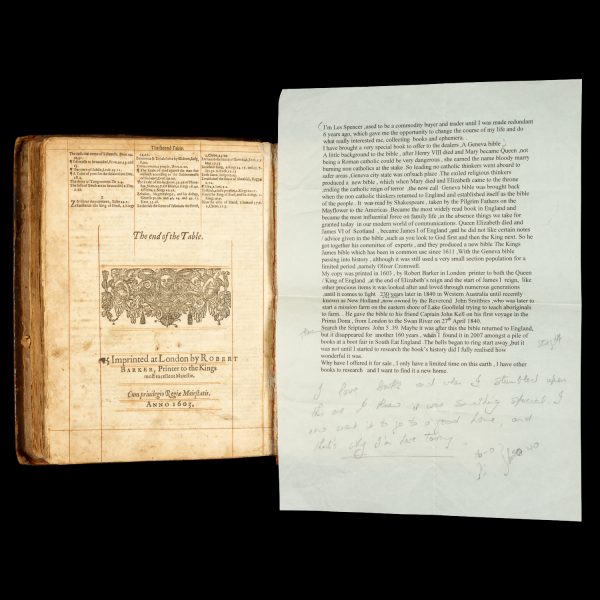 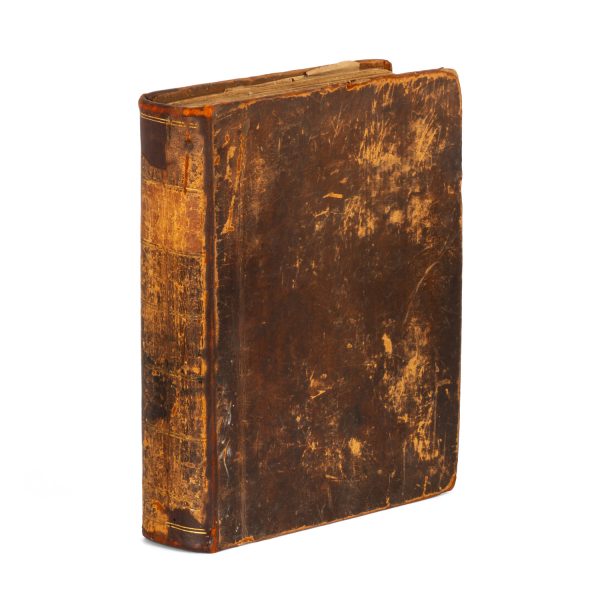 [SWAN RIVER COLONY] The Bible: that is, the Holy Scriptures conteined in the Old and New Testament.

London : Robert Barker, 1603. Small quarto (230 x 180 mm), later full calf binding (rebacked, preserving most of the backstrip; corners worn, boards scuffed); 2 parts in 1, titles within woodcut pictorial borders, woodcut illustrations and maps in text, Old Testament title trimmed to border and laid down with some loss; preliminaries frayed, and with staining, tanning and fore-edge tears throughout; apparently lacking a number of leaves; a highly significant presentation inscription on the verso of the Old Testament title reads: Small token of remembrance to Captain John Kell on his first voyage in the Prima Donna from London to Swan River, from his affect. friend John Smithies, April 27th 1840. “Search the Scriptures”, John 5:39.

A book carried on an early voyage to Swan River, Western Australia, with an association to one of the first missionaries in the colony.

This copy of the so-called Geneva Bible – the primary Bible of 16th-century English Protestantism – was once owned by Reverend John Smithies (1802-1872), Wesleyan Methodist missionary and notable Swan River Colony pioneer. Smithies presented the Bible to his friend Captain John Kell on 27 April 1840, during the outward voyage of the Prima Donna from London to the fledgling colony at Swan River, Western Australia. This was Kell’s maiden voyage as master of the Prima Donna. The ship, with Smithies, his wife and four children on board (the Smithies’ youngest daughter had been born at sea just two weeks prior to landfall), arrived safely at Swan River on 22 June 1840.

At Swan River, Smithies was under instructions from his superiors to ensure ‘the pastoral care of colonists and the Christianization of the Aborigines’. Soon after his arrival, in July 1840, he established the Perth Native School at what is today Wanneroo. In the early 1850s he relocated his mission to York, where he set up a school and attempted to teach farming to the Aborigines. The mission ultimately failed, however, due to the high death rate from influenza and the fact that many of the Aborigines there could not adapt to living “off Country”.

Provenance: Forum Auctions (UK), Books and Works on Paper, 23 April 2020, lot 167; ex Les Spencer (UK) (from 2007-2020), accompanied by Spencer’s single-page typed explanation of how he acquired the Bible at a car boot sale in 2007; Captain Kell had evidently carried the Bible with him back to England on the return voyage of the Prima Donna, where it remained in obscurity for well over 150 years.