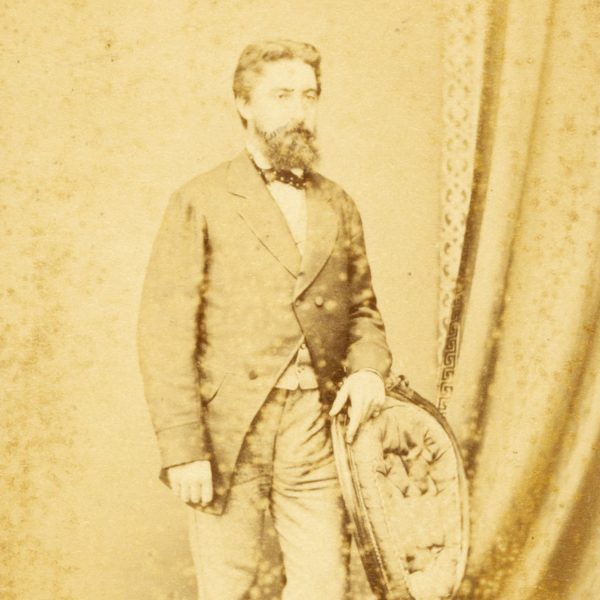 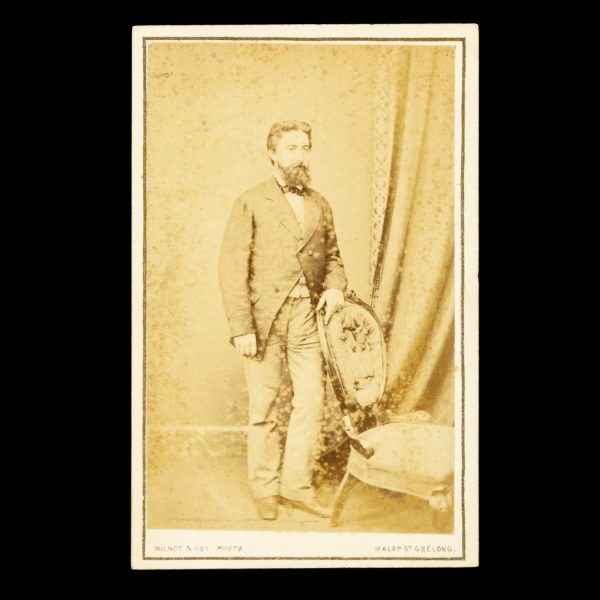 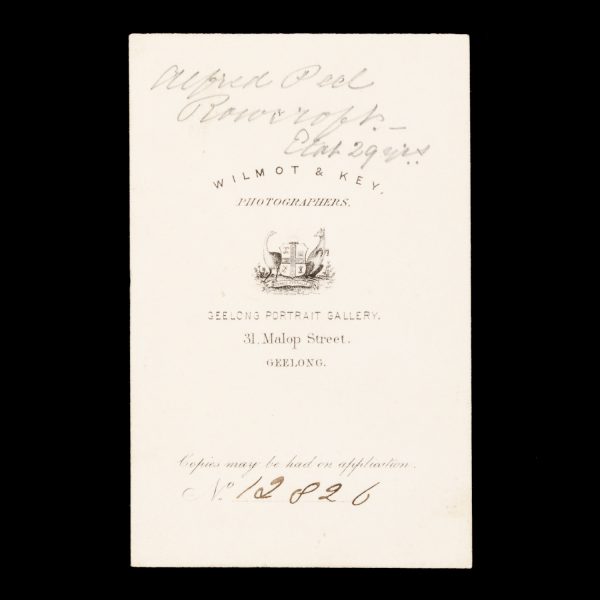 Alfred Peel Rowcroft was born in Longford, Tasmania, on 8 October 1843, to Horatio “Horace” Nelson Rowcroft (1806-1878) and Mary Ann Catherine O’Donahoo. As a young man he emigrated with his parents to Victoria, where the family settled in Geelong. At the time of Horace’s death there in 1878, Alfred was working as a school teacher in the tiny goldfields township of Buangor, mid way between Beaufort and Ararat in Victoria’s Western District. Alfred and his wife Isabella had eight children.

Alfred’s father, known to family and friends simply as Horace, was the younger brother of the writer Charles Rowcroft (1798-1856), author of the first “emigrant novel” set in Australia.

‘Charles was educated at Eton in 1809-11. In August 1821 he arrived at Hobart Town in the Grace with his brother Horace, and took up a grant of 2000 acres (809 ha) at Norwood, five miles (8 km) north of the present town of Bothwell on the Fat Doe (Clyde) River. In 1822 he was made a justice of the peace. He was a member of the committee of the Agricultural Society of Van Diemen’s Land and an original shareholder of the Van Diemen’s Land Bank. In 1823 he unsuccessfully sought the position of colonial secretary. In December 1824 he was the unsuccessful defendant in a case in which Edward Lord sued him for a criminal conversation, and damages of £100 were awarded against him. By this time he was almost a pauper. His land was poor so, after hearing of his father’s death, he left Van Diemen’s Land in the Cumberland in September 1825, and sailed by way of Sydney to Brazil. The eight children and Jane, the widow of Thomas Oakley Curling, who had died in Hobart in March, sailed on the same ship; on 16 December Rowcroft married Mrs Curling at San Sebastian on the Rio de Janeiro.

Rowcroft returned to England and in 1827 bought a boarding school at Streatham, in London. Some time afterwards he conducted the Courier. In 1843 he published in London his first novel, Tales of the Colonies, or, the Adventures of an Emigrant, Edited by a late Colonial Magistrate. This is the first Australian novel of the emigrant genre of any stature and in a lengthy preface Rowcroft explains the advantages of taking up land in the colonies. The most valuable parts of the novel are those which are descriptive of the typical experiences of a new settler. On this has been superimposed a sensational and melodramatic tale of blacks, bushrangers and white settlers in Van Diemen’s Land in the 1820s.

In 1845 when Thomas Hood retired Rowcroft became editor of Hood’s Magazine and Comic Miscellany. To this he contributed during 1846 his second Australian novel, The Bushranger of Van Diemen’s Land, a work much inferior to his first, set in the wilds of south-east Van Diemen’s Land and written, according to his preface, to deter those who contemplated taking to crime in England in the belief that transportation was a passport to opportunity, wealth and case. He gave up his editorship in 1846. Five further novels by Rowcroft were published between 1846 and 1852, only one of which, George Mayford: An Emigrant in Search of a Colony (1851) was connected with Australia. He also wrote Confessions of an Etonian (1852).

On 1 July 1852 he was appointed the first holder of the post of British consul at Cincinnati, United States, but was expelled after controversy with the American government over his alleged attempts to recruit some of its citizens for the British army in the Crimean war, charges which Rowcroft said were concocted by dissident Irish ‘to vex and thwart the British government’ by entrapping him into ‘a violation of the neutrality laws’. He sailed for London from New York in the Cherubim on 17 August 1856, and died, somewhat mysteriously, at sea on 23 August. He left two daughters and three sons, and a widow who was granted a civil list pension.’