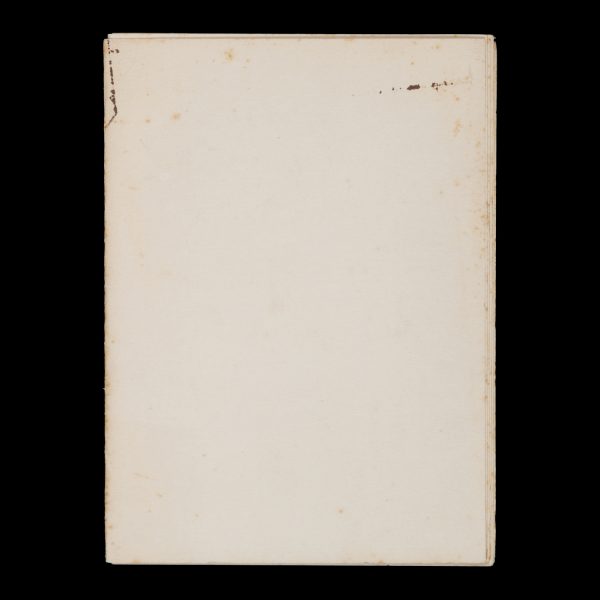 The Crisis by Eugene Field.

The vulgarity of the sexual slang in this scurrilous, pseudonymously published piece of verse would have been regarded in Australia in 1938 as being at the very extremes of obscenity. Written and ‘hand-printed for subscribers only’ by bibliophile Colin Berckelman in an (unsurprisingly) small edition of 25 copies, the publication can now be considered a genuine rarity: just eight of the 25 copies have found their way into Australian public collections. Berckelman’s use of the non-de-plume Eugene Field is almost certainly an allusion to the late nineteenth century American writer of the same name who, aside from producing poetry for young readers, wrote The love affairs of a bibliomaniac (1896). Berckelman, for reasons that were either genuine or perverse, evidently felt some affinity with Field. His “witty” work is sprinkled with references to his bawdy literary predecessors (Rabelais et al.), but the writing – most assuredly intentionally – does not rise above the level of ribald doggerel.