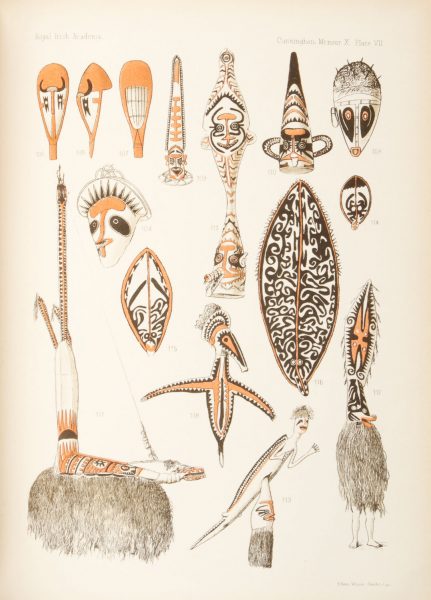 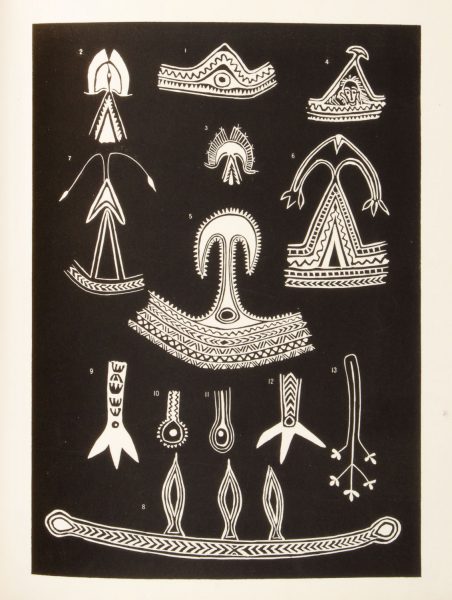 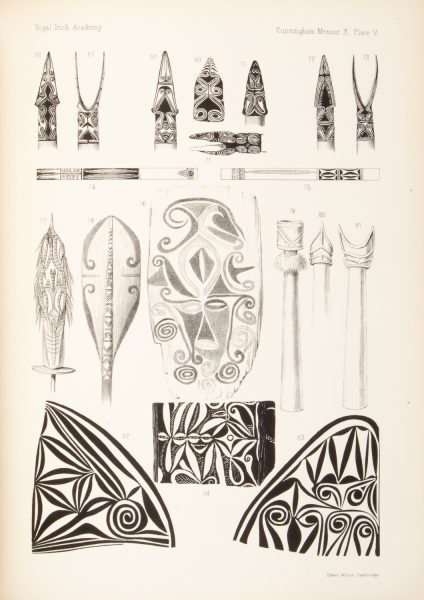 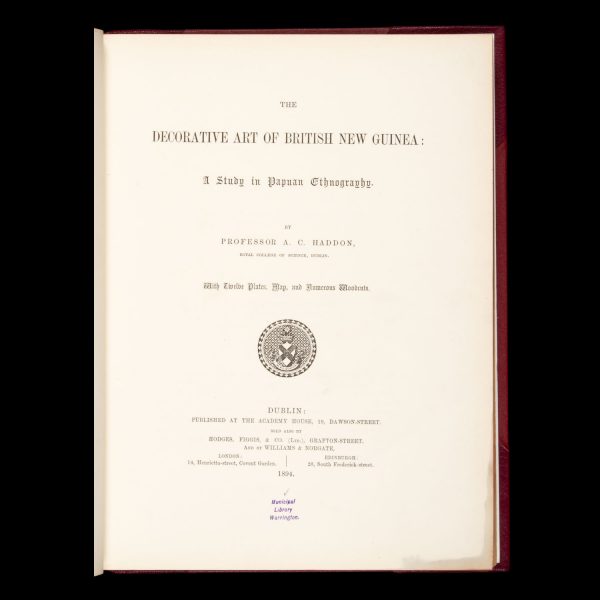 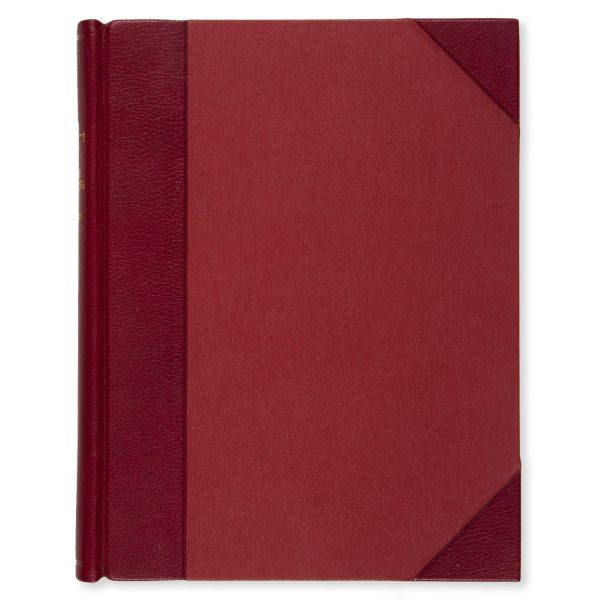 The decorative art of British New Guinea : a study in Papuan ethnography.

Dublin : The Academy House, [etc.], 1894. Series: “Cunningham Memoirs”, no. X. First edition. Large quarto (320 x 250 mm), rebound in modern half morocco over cloth, gilt title on spine, 279 pp, with 92 b/w figures, 1 map, 12 single-page lithographed plates (2 of them with colouring); clean and fresh throughout, the plates superb; ex Warrington Municipal Library, its bookplate retained on the front pastedown and discrete stamp to bottom margin of page 1 and verso of each of the plates; from The Papuan Collection of Charles Fletcher (Melbourne), and accompanied by his bookplate.

Scarce first edition of this important study by the influential British anthropologist and ethnologist Alfred Cort Haddon, written while he was still Professor of Zoology at the University of Dublin. Although Haddon’s name is now chiefly associated with his field work in the Torres Strait – in particular with the artefacts he collected on his second expedition there in 1898-99 (now in the Museum of Archaeology and Anthropology, University of Cambridge, and the British Museum) and his wax cylinder sound recordings of traditional Torres Strait music (now in the British Library), The decorative art of British New Guinea remains both a significant reference work on New Guinea art forms and a rigorous and systematic investigation of anthropological questions from a biologist’s perspective.