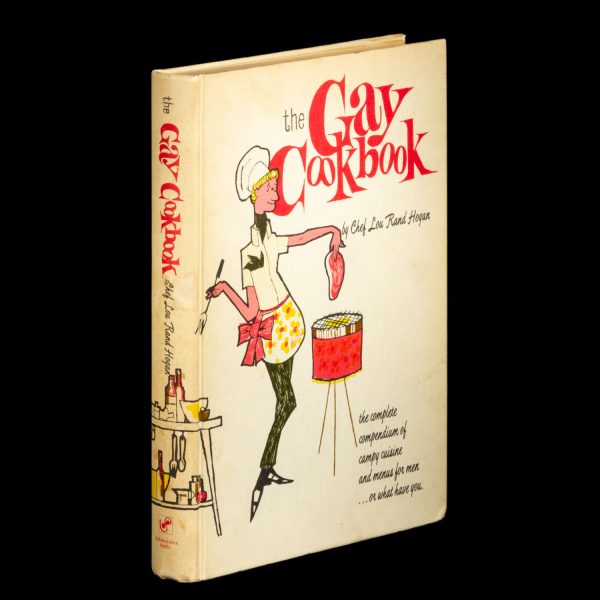 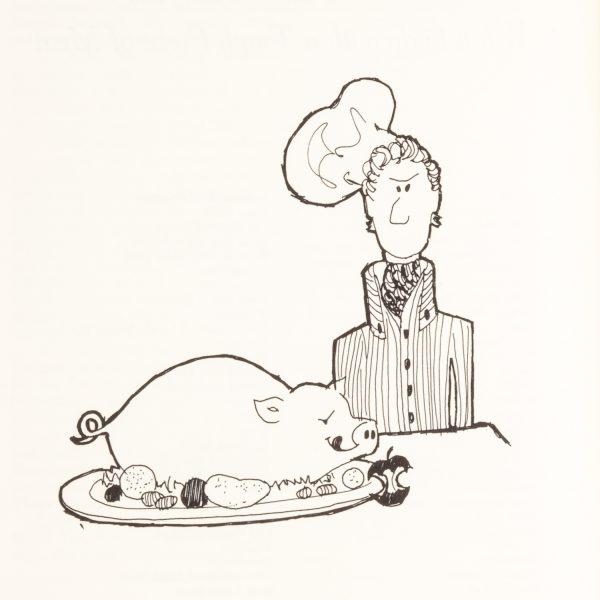 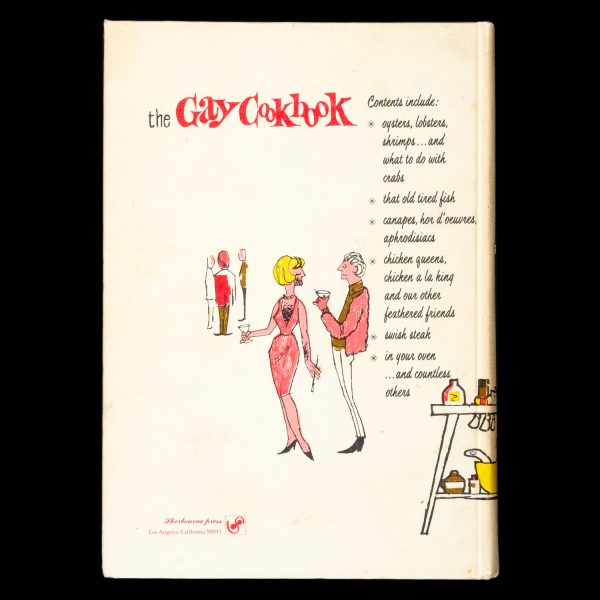 The first cookbook aimed exclusively at a gay audience.

‘On Wednesday, December 1, 1965, the New York Times ran an advertisement for The Gay Cookbook by Chef Lou Rand Hogan, whether “for that very special man in your life or for the jaded hostess whose soufflés no longer stand on their own.” The ad, sponsored by Doubleday Book Shops, filled a quarter of the page and featured an image of a slender man wearing a flowery apron, his hand limply holding a steak over a grill. It did not go unnoticed. In January 1966 Time magazine printed a twenty-five-hundred- word essay, “The Homosexual in America,” its longest article yet on the lives of gay men and lesbians. In the introduction, the author named several signs that homosexuality was “more in evidence” than ever before: the addition of “beefcake” magazines to newsstands, explicit jokes in the most recent Rock Hudson movie, and Doubleday’s “smirking ads” for The Gay Cookbook.

The publication of a “gay cookbook” four years before the Stonewall riots, typically acknowledged as the start of gay liberation, undoubtedly surprises many readers who stumble on a surviving copy today. But Lou Rand Hogan’s book was not entirely unprecedented. As courts struck down obscenity laws in the early 1960s, books and magazines about and targeted to gay men proliferated as never before—and could be produced and purchased with far less fear of legal sanction.’ – Stephen Vidler, “Oh Hell, May, Why Don’t You People Have a Cookbook?”: Camp Humor and Gay Domesticity. American Quarterly, Volume 65, Number 4, December 2013, pp. 877-904. Published by Johns Hopkins University Press, https://doi.org/10.1353/aq.2013.0054

Vidler’s article provides an excellent analysis of The Gay Cookbook’s cultural significance to the LGBT movement.