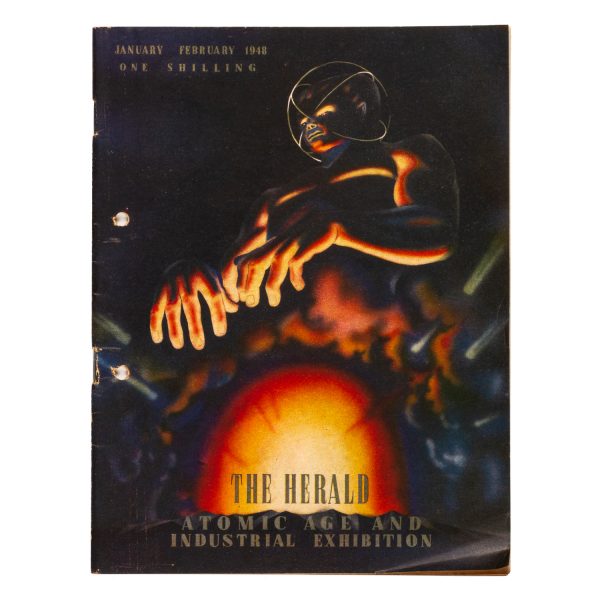 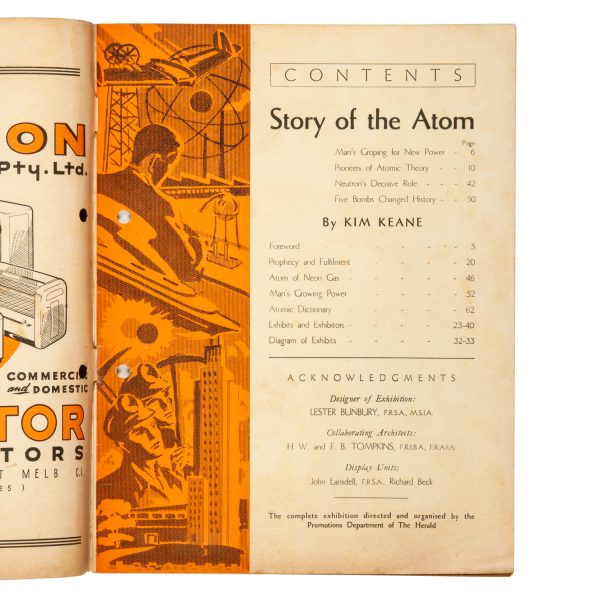 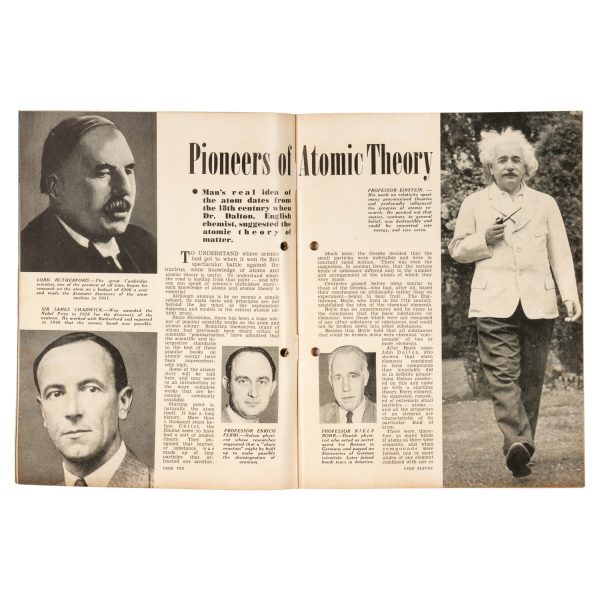 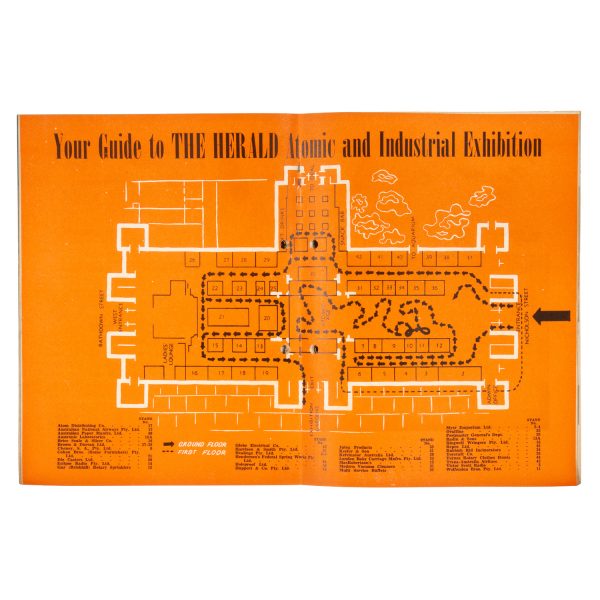 ‘Catalogue produced for ‘The Herald Atomic Age and Industrial Exhibition’, held at the (Royal) Exhibition Building in January and February 1948. The catalogue forward states the exhibition’s aims to be `to place the emphasis, primarily, on the constructive aspect of atomic energy’ and that `it is dedicated to the belief that greater public understanding of atomic possibilities, both for good and evil, will inevitably help to ensure that the atom, and its prodigious energies, will be applied to human ends of greater happiness and well-being’. As well as providing a list of exhibits and exhibitors, the catalogue provides a historical overview of atomic physics, including a section on ‘Five Bombs Changed History’.’ – Museums Victoria https://collections.museumsvictoria.com.au/items/1072542

‘In 1948, the Australian public was given the chance to fall into line when the ‘Atomic Age Exhibition’ rolled into town. Sponsored by the major newspapers, the exhibition toured Brisbane, Sydney and Melbourne. Although it had been originally designed and built in the UK, the exhibition was modified for Australian audiences, even including a sample of local uranium. In Sydney, the exhibition formed part of the Royal Easter Show, though popular demand forced it to continue beyond the Show’s usual closing. In Melbourne, where it was considerably expanded and renamed the ‘Atomic Age and Industrial Exhibition’, many thousands attended. ((The Courier-Mail Atomic Age Exhibition, Royal National Show, Brisbane, August 1947, Brisbane, 1947; The Daily and Sunday Telegraph Atomic Age Exhibition, Royal Easter Show, March 1948, Sydney, 1948; The Herald Atomic Age and Industrial Exhibition, January-February 1948, Herald & Weekly Times Ltd, Melbourne, 1948. The relevant newspapers carried many articles about the exhibition while it was in town.))The exhibition’s pin-up boy was the atomic genie, who made his appearance in a diorama depicting the first atomic explosion at Almagordo, New Mexico. Emerging from the atomic cloud, electrons whizzing around his head like bush flies, the atomic genie was another manifestation of the ‘choice’. Having been released from his prison within the atom, the genie awaited our command, would it be for good or evil?’ – Tim Sherratt, On the Beach : Australia’s Nuclear History, http://discontents.com.au/on-the-beach-australias-nuclear-history/