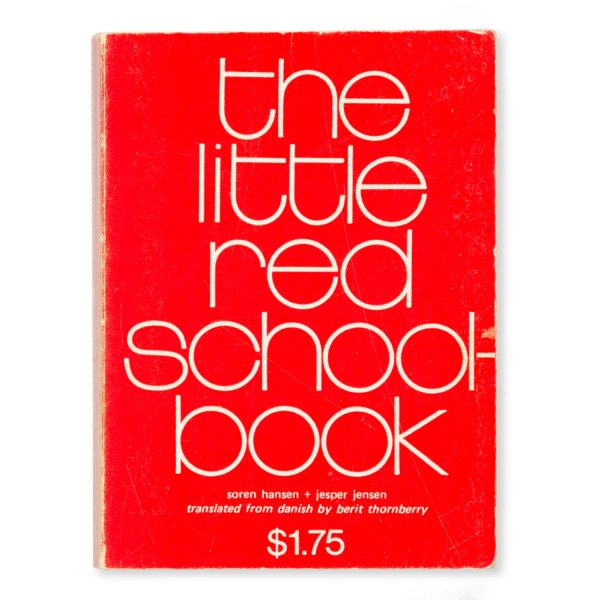 Den Lille Røde Bog For Skoleelever, the now-infamous libertarian manual for students, was written by two Danish schoolteachers, Søren Hansen and Jesper Jensen, and was first published in 1969. Immediately controversial, it was nevertheless translated into many languages in the early 1970s – despite being banned in France and Italy.

‘The book encourages young people to question societal norms and instructs them on how to do this. Out of 200 pages, it includes 20 pages on sex and 30 on drugs, including alcohol and tobacco. Other topics included adults as “paper tigers”, the duties of teachers, discipline, examinations, intelligence, and different schools.’ (Wikipedia)

Among the contributors to the Australian edition was women’s activist Beatrice Faust.

The social significance of the Australian edition is underlined by the fact that the National Library of Australia exhibited its copy of the first printing in its “Treasures Gallery”, October 2011 – May 2012.