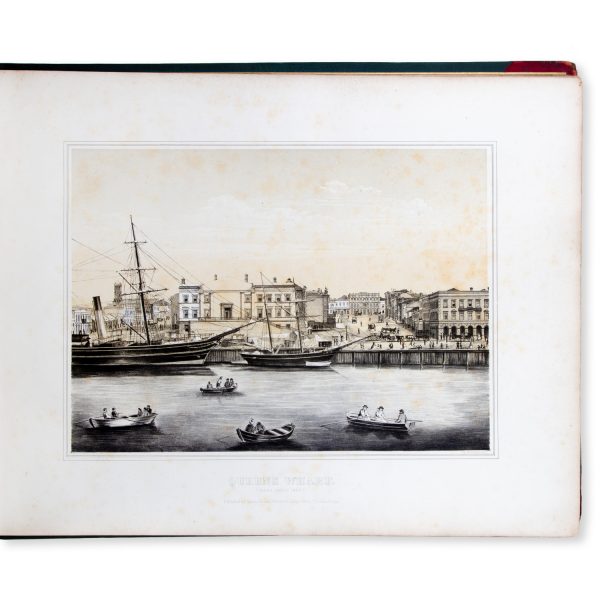 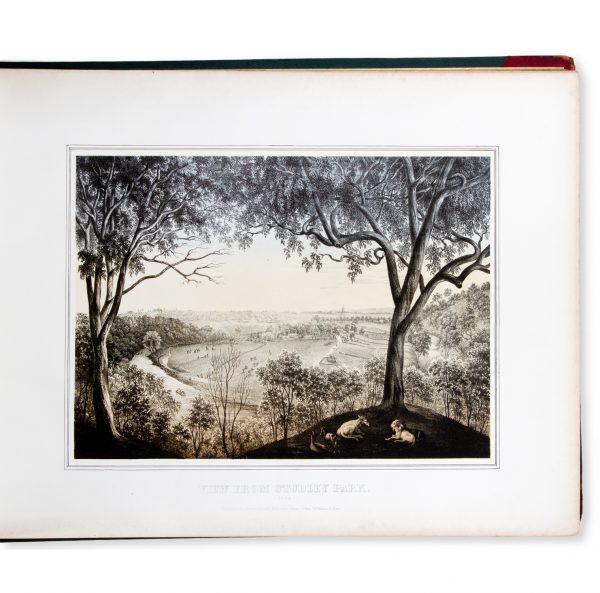 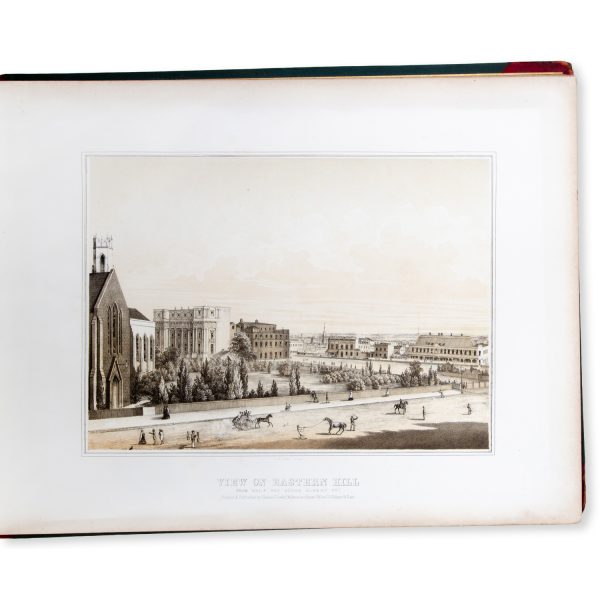 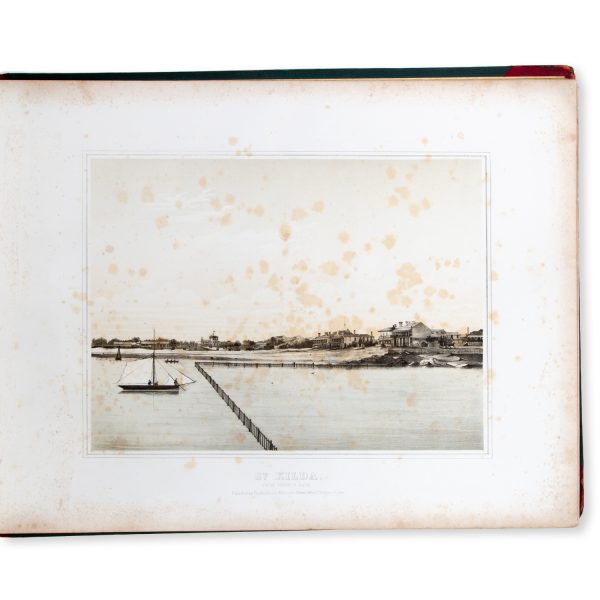 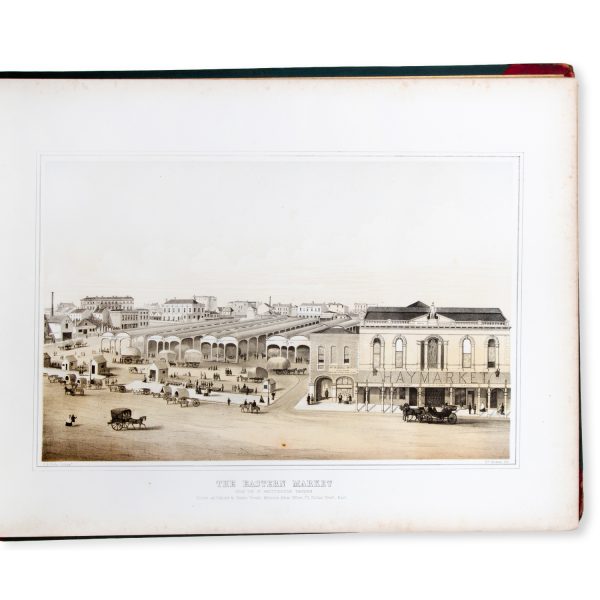 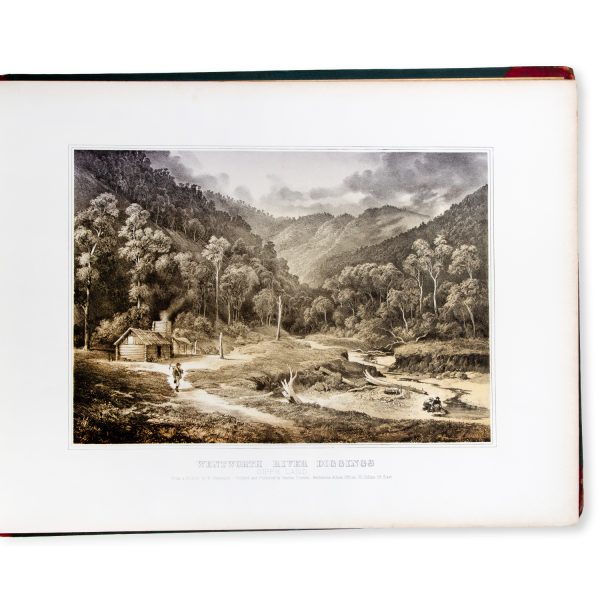 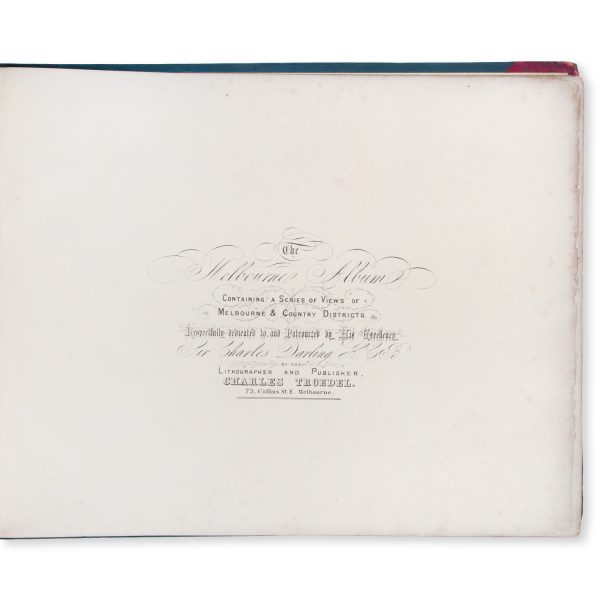 The Melbourne album. Containing a series of views of Melbourne & country districts.

One of the great Australian colourplate books, ‘perhaps the finest work of urban topography produced in Australia in the nineteenth century’ (Wantrup).

Troedel’s Melbourne Album was originally issued in twelve monthly parts, the first advertisement for subscribers was placed in the Argus on 25 July 1863 and the last issue finished in November 1864 (Butler). No set in the original wrappers is known to still exist. Each part contained two lithographs, and later in 1864 a bound version was published with all twenty-four lithographs. At the end of that year or early in 1865, a shortened version of twelve images was issued, as offered here. The composition of the plates in the shortened version varies per copy; some issues have variant imprints. The lithographs were prepared by noted lithographers Cogné and Gilks, amongst others, after original paintings by Nicholas Chevalier, Eugene von Guérard, Henry Gritten and others. Two plates are after original photographs by Nettleton and Morris, and two plates depict Aboriginal subjects.

The plates included in this set are:

A fine illustrated record of colonial Melbourne during the boom of the gold rush.