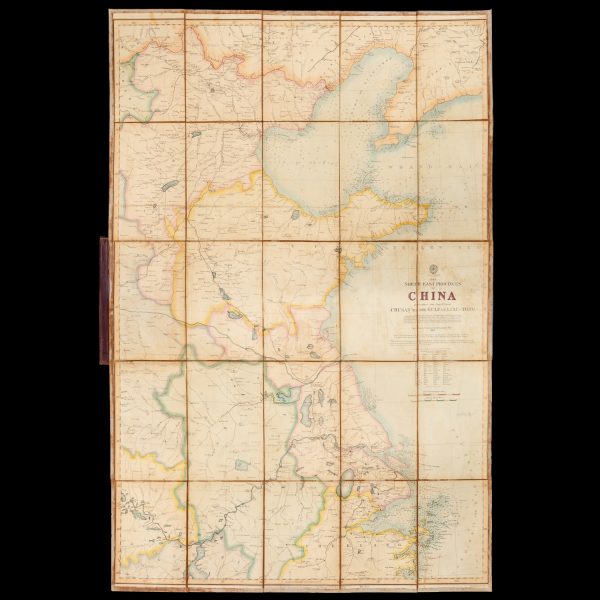 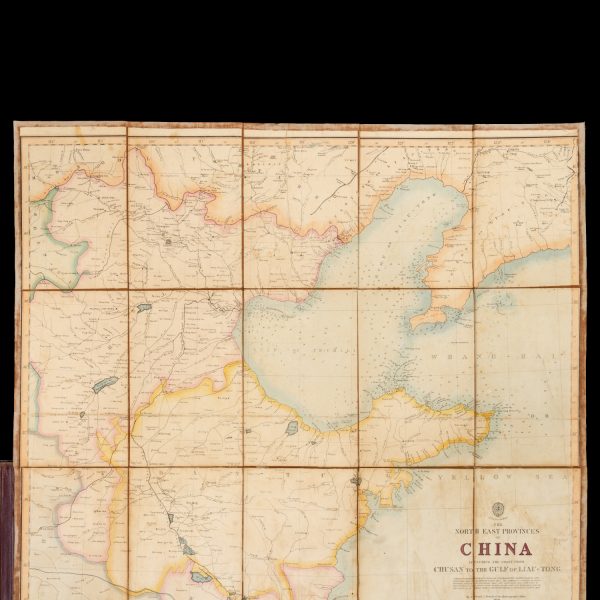 The north east provinces of China, including the coast from Chusan to the Gulf of Liau-Tong.

A rare Admiralty chart, on an unusual conical projection, of the northern Chinese provinces, including Shanghai, Nanking and Peking, during the Second Opium War. It encompasses the area from Nimrod Sound and the Chusan Archipelago in the south to the Gulf of Liau-Tong in the north. The chart includes sounding depths as a navigation aid, but it also contains details of the interior, such as roads, rivers and cities. Marked with a crenulated pattern is the Great Wall extending across the ancient northern border.

The title block includes the title, a glossary of Chinese and Tartar words, two scales, and notes on vocabulary and terminology. There is also the seal of the Hydrographic Office and the price of this separately-issued chart, 5 shillings. The author of this chart, Edward J. Powell, also completed charts of Bombay Harbor and New Zealand for the Hydrographic Office.

A list of sources in included for this chart, which includes Duhalde’s classic 1738 map. Most of the sources, however, are more recent surveys from the 1850s. These recent surveys, and the detail inland, signal that unlike most Admiralty charts, this item had purpose other than navigation; it was meant to offer a better delineation of the theatre of the Second Opium War.