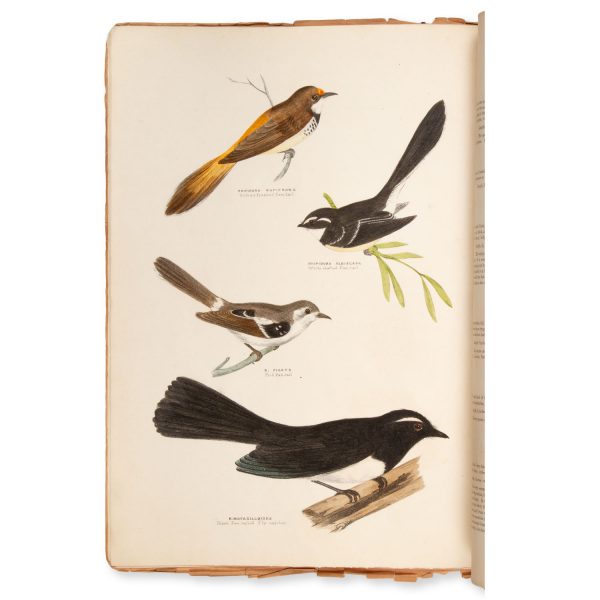 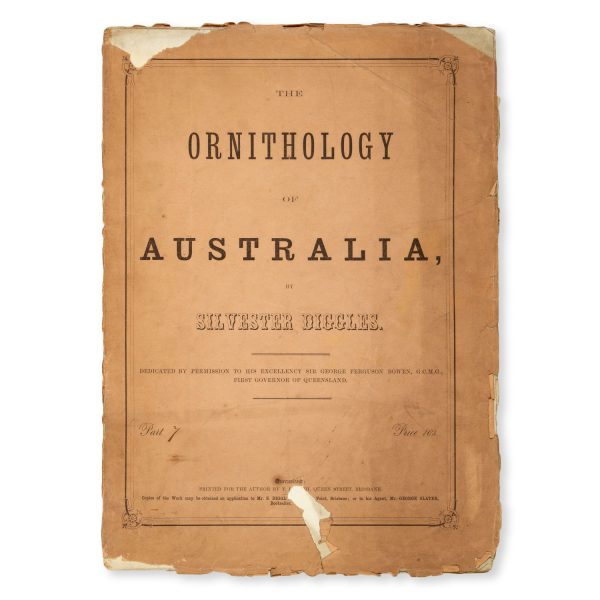 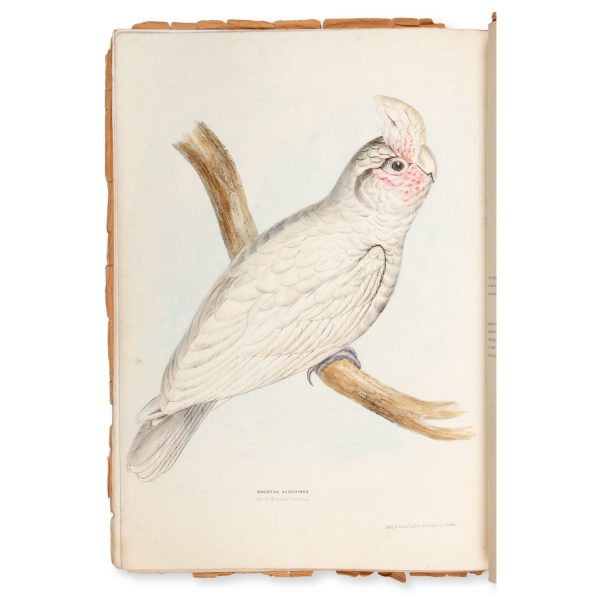 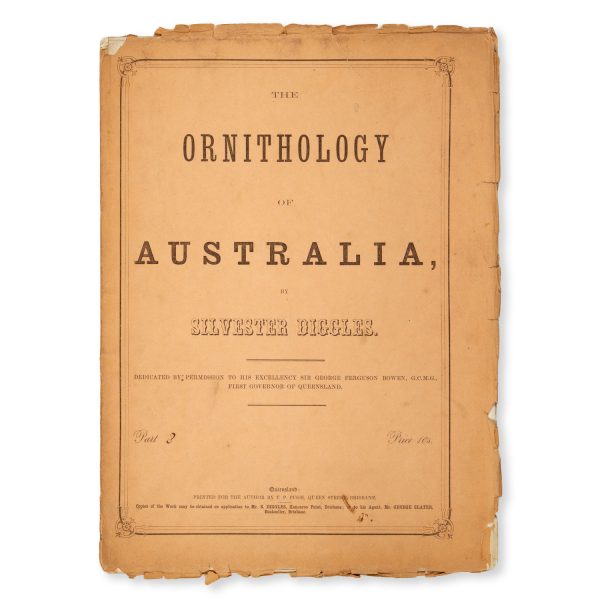 A rarely offered collection of 24 plates in the original publisher’s wrappers of one of the most important Australian ornithological publications of the nineteenth century.

In the preface to the second edition of the work, published in 1877, Diggles notes that he originally printed only 100 copies of the plates, increasing this to 150 copies after publication of the sixth part. These plates covered about one third of the known bird population of Australia. However, due to lack of funds, Diggles had to discontinue the project. Between 1870 and 1875, bound versions were issued which included descriptive text, and also a title-page either in manuscript or basically printed. There are a few copies known to have a title-page ornately printed in colour, but these all seem to have some variation, as “Diggles evidently used this title-page for copies which he regarded as important” (Pigott, The Bird man of Brisbane, 2010, p.110). The work was reissued under a separate title in 1877.

The complete publication is rare, and due to the tropical nature of the imprint and location of subscribers, typically found in poor condition. A set in wrappers was offered by Lowe Brothers in Birmingham in 1938 (catalogue 1108, no. 49), and as noted in Ferguson ‘Mathews stated he had never seen a set of this work in the 21 parts as originally issued to subscribers until he bought the abovementioned copy’. This set is now in the collection of the National Library of Australia.