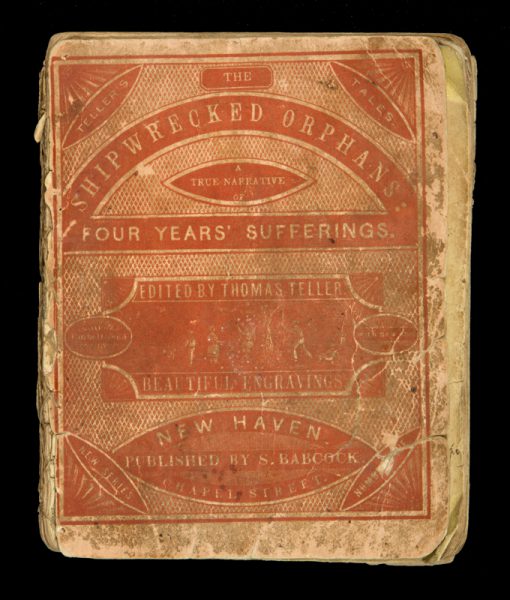 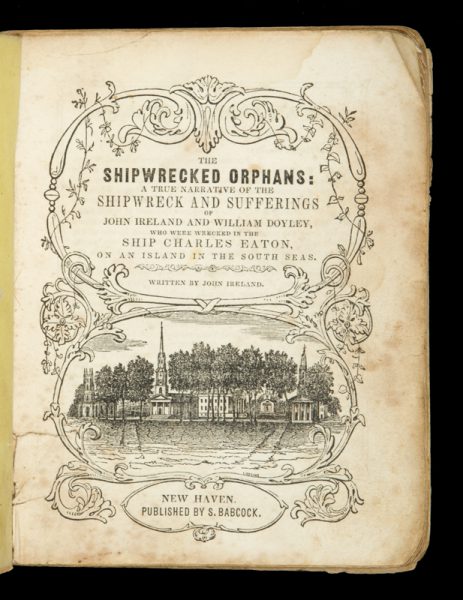 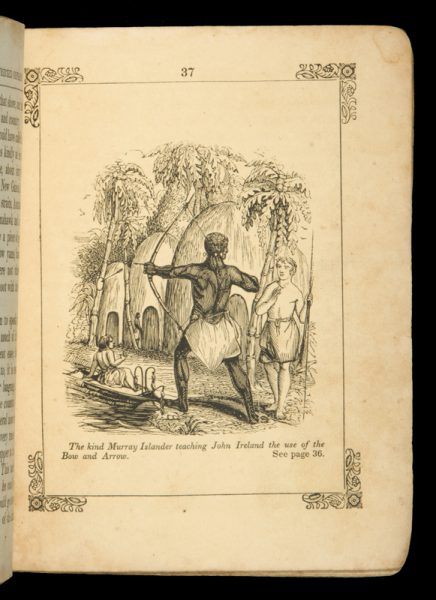 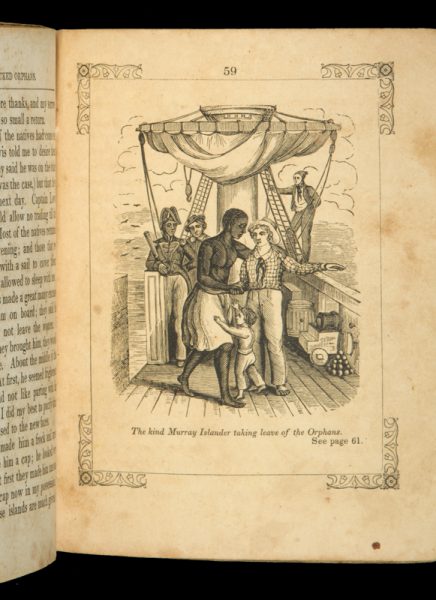 The Shipwrecked orphans. A true narrative of the shipwreck and sufferings of John Ireland and William Doyley who were wrecked in the ship Charles Eaton on an island in the South Seas.

An account of the shipwreck of the barque Charles Eaton on the Great Barrier Reef off Cape York in 1834, and the subsequent fight for survival by two young boys, John Ireland (the cabin boy) and William Doyley (the son of a passenger). Ireland and Doyley were ultimately the only two souls to be rescued by Europeans; other survivors of the wreck were either murdered by local Aborigines or traded by them to neighbouring groups.