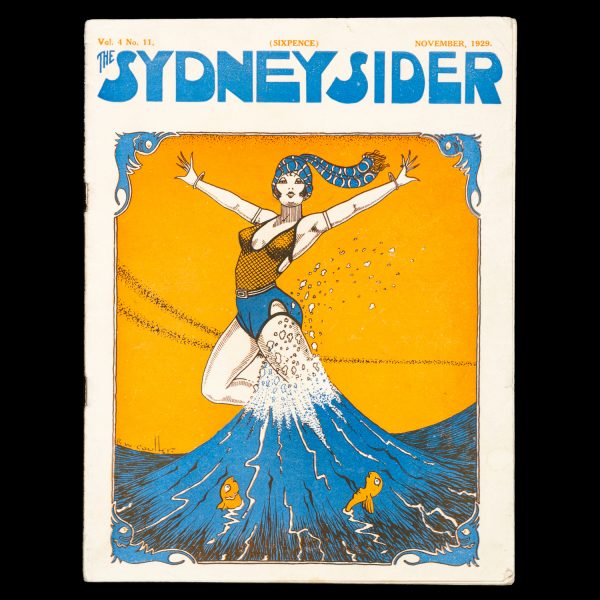 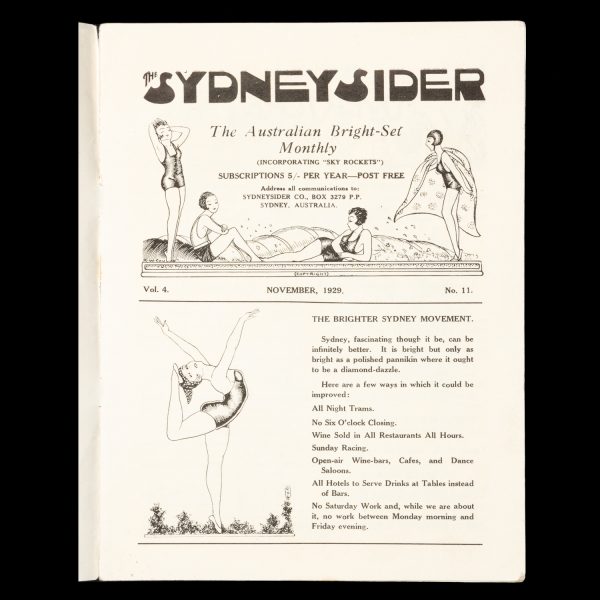 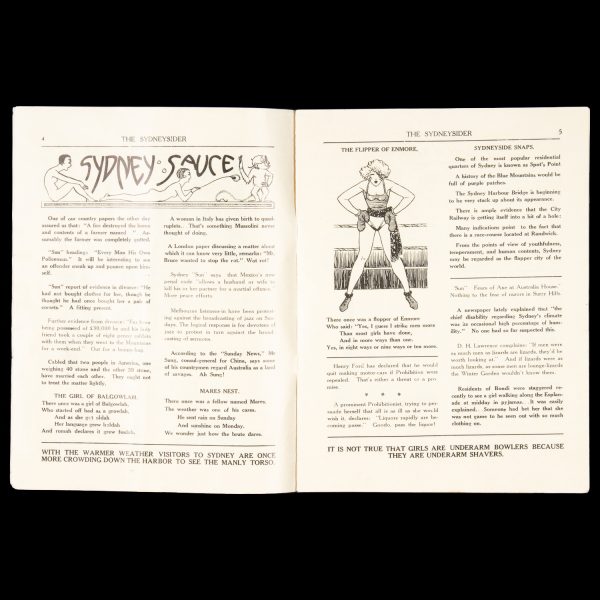 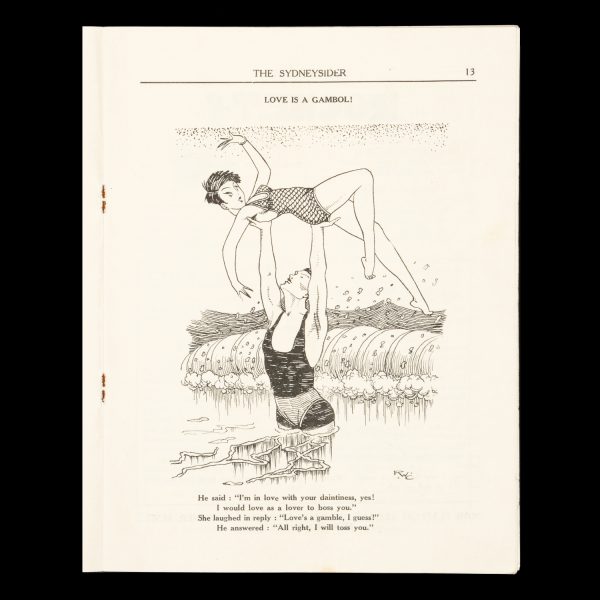 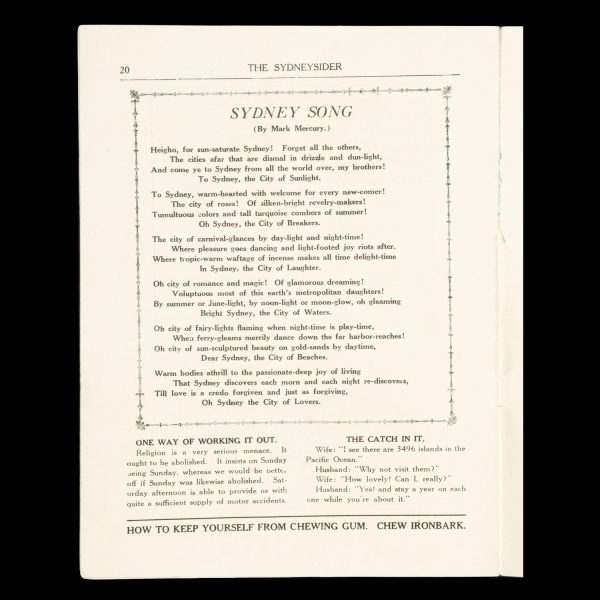 Formerly known as Sky Rockets, The Sydneysider was a “men’s magazine” in circulation from the late 1920s up until 1932. It featured ribald and satirical humour and risque illustrations. Its pages celebrated the sexually permissive “flapper” but were also filled with specific references to Sydney society of the time.

According to Trove, the November 1929 issue is not held in any Australian library.