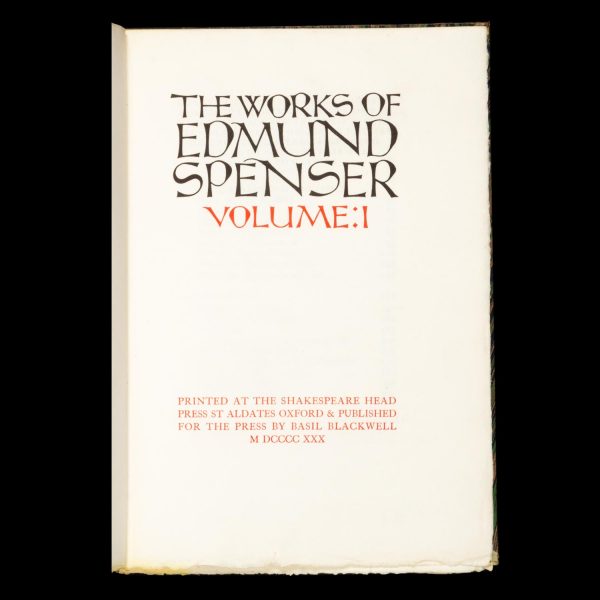 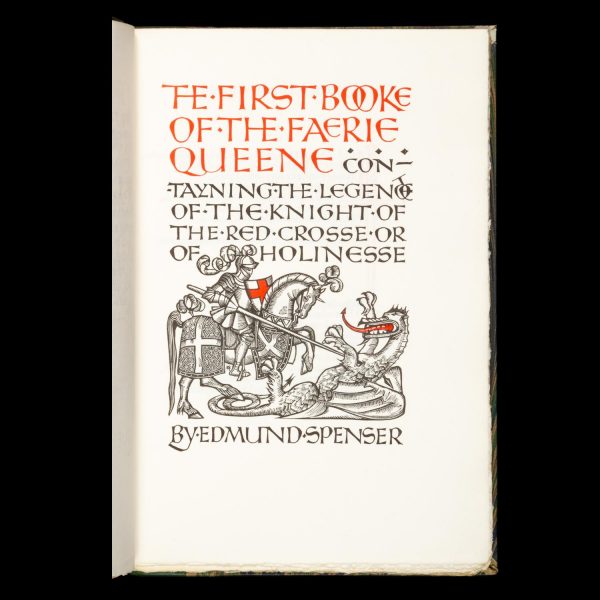 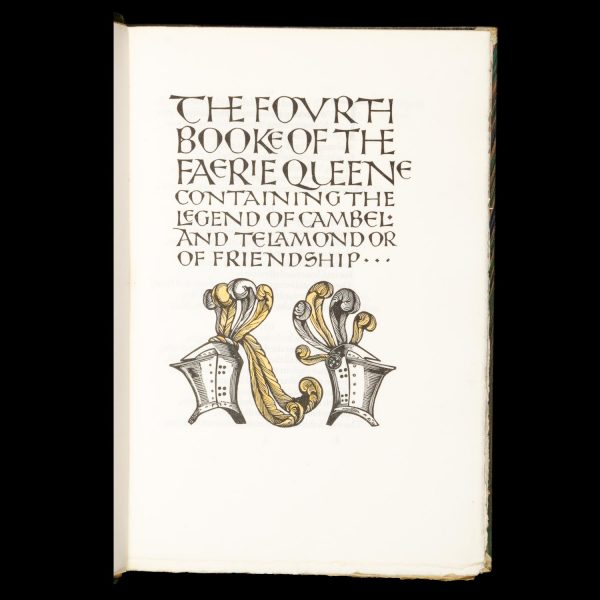 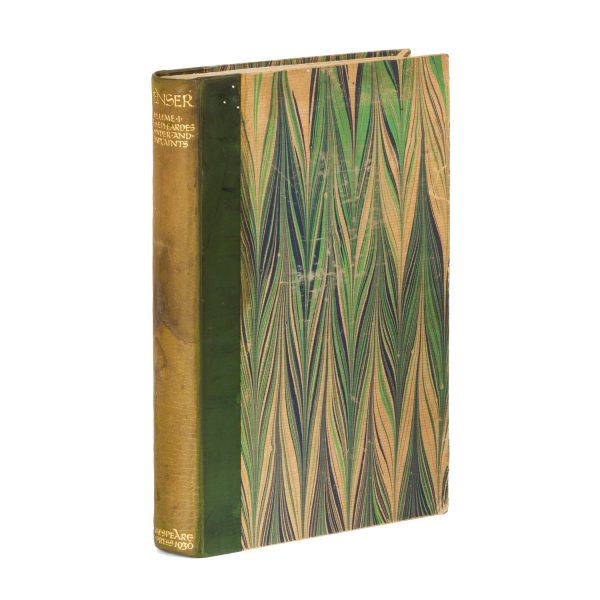 The Works of Edmund Spenser

A beautiful fine press edition of the collected works of one of the greatest poets of the Elizabethan age.

The Shakespeare Head Press was founded by Elizabethan scholar A. H. Bullen in Stratford-up-Avon in 1904. Bullen’s original intention was simply to produce a handsome edition of Shakespeare’s works: the Stratford Town Shakespeare was duly completed by 1907. After Bullen’s death in 1927, the press was acquired by a partnership that included the Oxford bookseller Basil Blackwell. The press then began to work within the William Morris tradition with the appointment of Bernard Newdigate as its typographer and director.

‘The text of the present edition of Spenser’s Works has been prepared by Professor W.L. Renwick. It follows in every case the first editions…The decorations have been designed and engraved on wood by Hilda Quick, those in The Shepheardes Calender being based on the cuts in the original editions. The initial letters and the letterings for the title- page and headings have been engraved by her from designs by Joscelyne Gaskin…The eight volumes of Spenser, 1930, are equally good—different, as the character of the author, is, but in merita nothing to choose between them. Perhaps the small devices below Spenser’s sonnets, printed in black and in the vellum copies beautifully laid with gold, are the most discreet and opulent form of decoration, fitting and in flawless taste’ (Franklin).