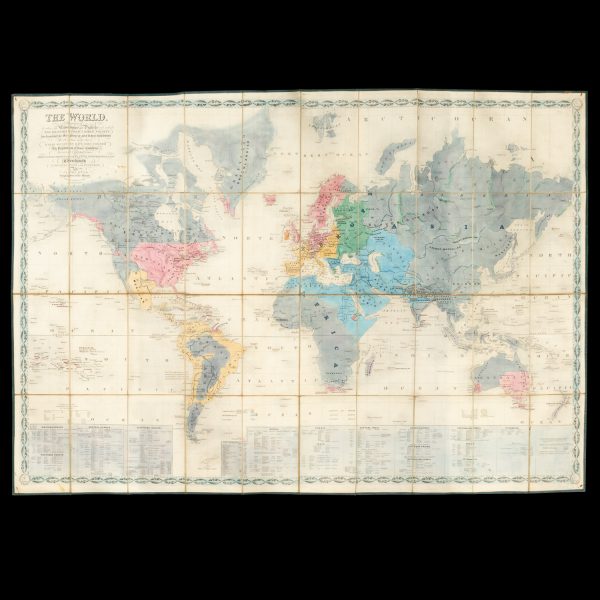 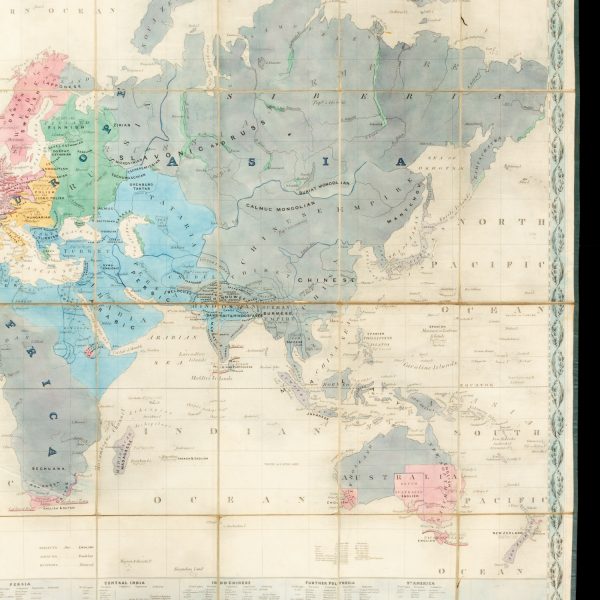 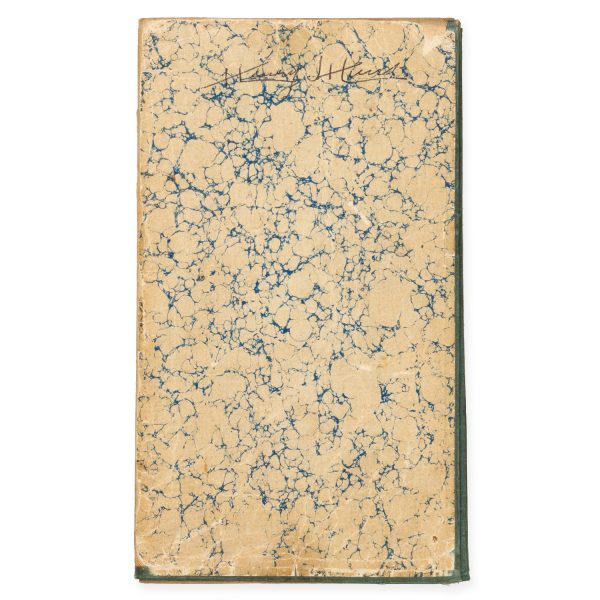 The World, designed to show the languages and dialects into which The British & Foreign Bible Society has translated the Scriptures or aided in their distribution

/ The position of the places where Societies have been formed / The Population of those Countries for which versions have been prepared & the relative proportions of Christianity, Mahomedanism and Paganism, by James Wyld, Geographer to the Queen. London :  James Wyld, circa 1841. Second Edition (first published 1838). Engraved map, dissected and laid on linen, 918 x 1320 mm (sheet), edges lined in silk, with original hand colouring, marbled card backing and printed advertisement for Wyld, occasional light soiling but a very good example.

A rare large format separately issued map of the world showing the distribution of bibles across all geographical regions, and the locations of the Society with the populations of various religions.

A printed key at the lower right explains the society’s work “Distributing, Printing or Translating of the Scriptiures” directly into 67 Languages & Dialects and Indirectly into 68 Languages & Dialects, including 105 “translations never before printed.”  A total of 22,288,706 bibles are enumerated as having been distributed by the Society as of March 1841, at a cost of nearly 2,800,000 pounds sterling.

A second key, to the left of the first, breaks down the bible societies in the UK and “Colonies and other Dependencies”, with a total of 2,636 societies counted.  At bottom center, a color key identifies the colors used on the map:

“This map is one of the most splendid undertakings of the present day, and is not only fitted to show how far the influence of the  British and Foreign Bible Service has prevailed over the world, but is adapted to numberless purposes in literature.  It gives, at one view, the outline of Klaproth’s and Balbi’s labours, and is an excellent synopsis of the latest of Adelung’s Mirthridates.  The comparative prevalence of Christianity, Mohammedanism, and Paganism is easily seen, and the various dialects which ar used in large countries are accurately marked; thus to the theologian, the philologer, adn the student of statistics, its power of assistance is self-evident.  It is beautifully executed, and reflects great credit to Mr. Wyld.”

Rare. A single example located of the first state (1838 : British Library), and 3 later states (Cambridge, Glasgow and the University of Greifswald).

No other examples located in the trade or offered at auction.