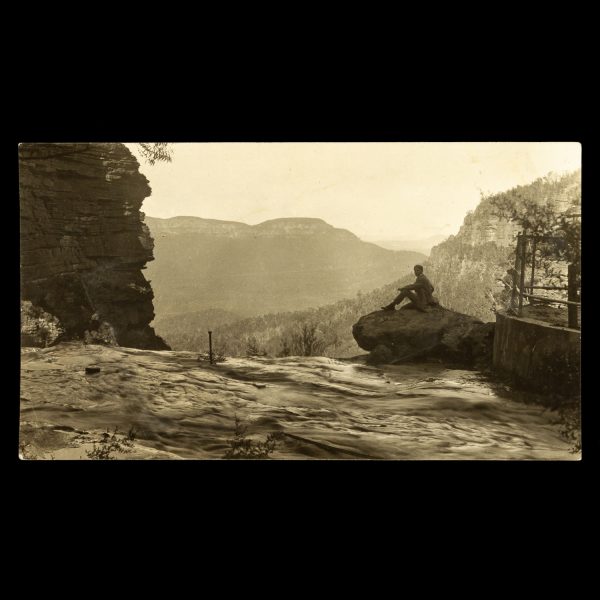 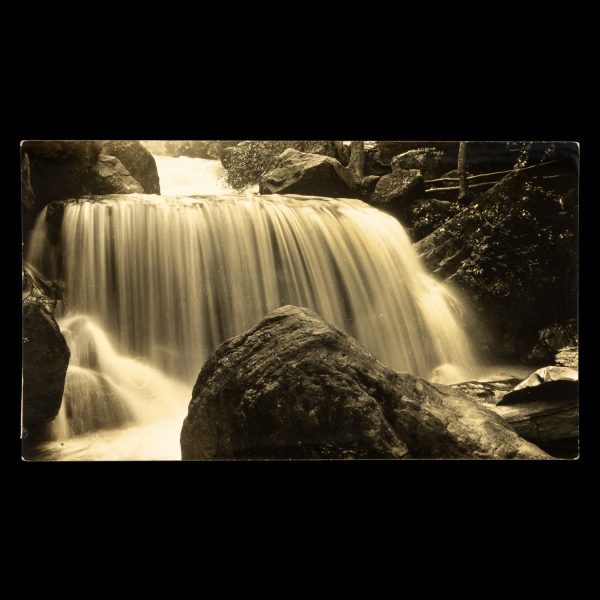 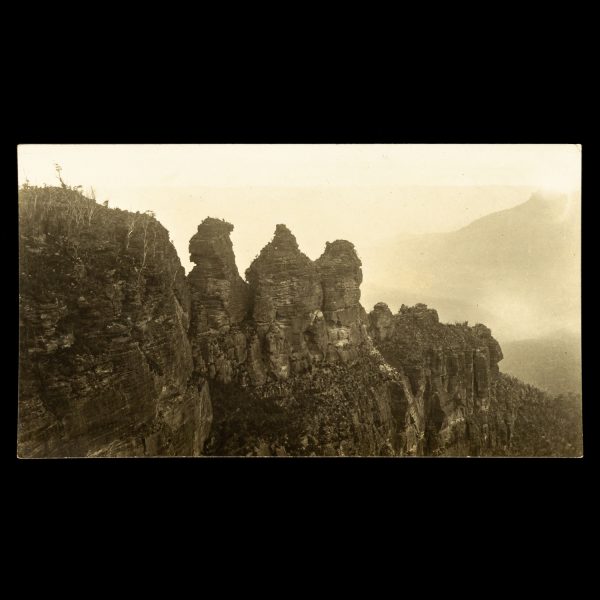 Three photographic views of the Blue Mountains, New South Wales. Taken in April 1912, during the first crossing of Australia by motor car.

Three gelatin silver prints, in identical format 80 x 138 mm; versos with captions in ink in Birtles’ own hand, along with either the wet stamp or printed label of London publishing agent Mondiale Literary Services, Ltd.; all are unmounted and in fine condition.

Although these photographs are of three well-photographed scenic spots in the Blue Mountains – The Three Sisters, Weeping Rock Falls and the Jamison Valley from the top of the Bridal Veil Falls – what makes them of special interest is that they were taken by Australian adventurer, photographer, cyclist and fimmaker Francis Edwin Birtles (1881-1941), probably in April 1912 during the first crossing of Australia by motor car (a 1912 F Model Brush Runabout).

Across the first three decades of the twentieth century, Birtles set many long-distance driving and cycling records in Australia, but perhaps his most famous accomplishment was in 1927, when he became the first person to drive a car from England to Australia.