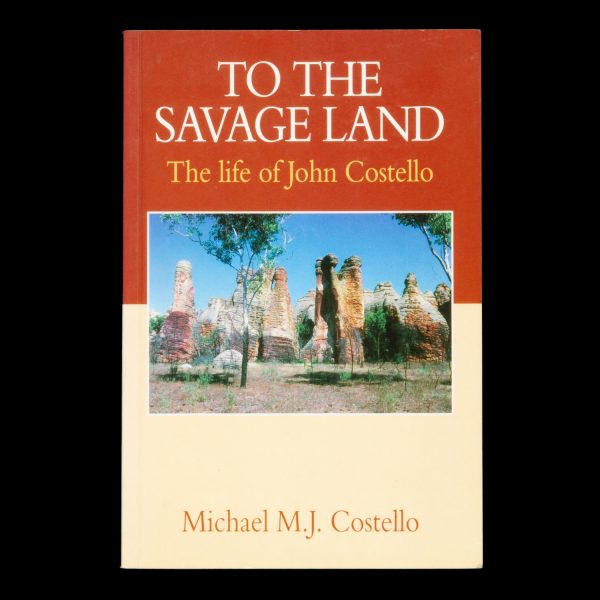 To the Savage Land. The life of John Costello

“In the 1880s John Costello, a pastoralist from Yass who has settled on Coopers Creek, purchased Lake Nash Station. He then opened up the wild country on the Limmen River of the Northern Territory, fighting disease, drought, malaria, hostile natives and cattle thieves. Eventually he lost the battle but never forgot the promise of his savage land. This is a reprint of The Life of John Costello with new photos, Foreword and notes. The original 1930 edition of 1000 copies is now unobtainable.” – the publisher