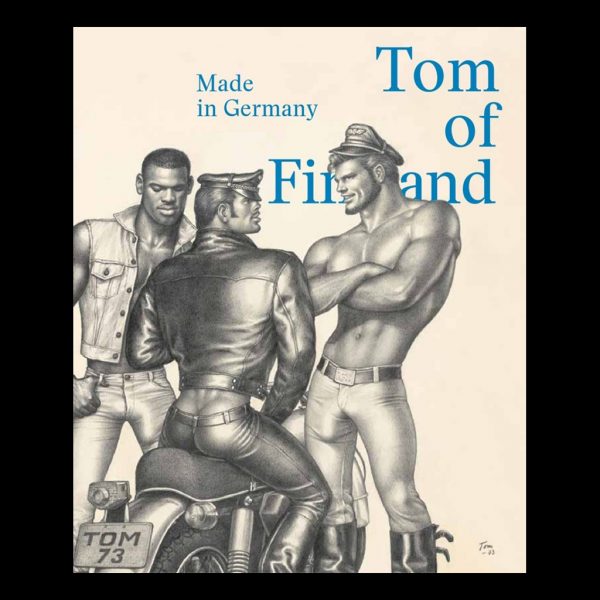 Tom of Finland : Made in Germany

A spectacular book showing life and work of the Finnish icon from an unknown perspective with around 150 illustrations and well researched texts.

Tom of Finland has became the most famous and influential Finnish artist of the 20th century. Born Touko Laaksonen in 1920, his iconic depiction of self-confident and life-affirming gayness gave decisive impulses to the international gay movements from the 1960s onwards. But although we clearly associate his portrayals of sensual and powerful cowboys, farm hands, soldiers and leathermen with the USA, Tom of Finland’s rise to gay icon received the game-changing impetus neither in his native Finland nor in the USA. It was, of all places, the city of Hamburg and Tom’s friendship with key exponents of the local gay scene in the early 1970s that helped him to his first exhibition ever.

He even created a grand mural for the legendary “Tom’s Bar”, until today the only one legitimately named after him. Regular commissions to design posters and ads for gay events in Hamburg allowed him to launch his artistic career after quitting his day job as advertising executive, and led to the creation of the most extensive private collection of his drawings to date. Galerie Judin is now devoting an exhibition and a comprehensive publication to these seminal, but thus far little researched years, the art they generated and the friendships they formed. The book includes texts by Juerg Judin, Pay Matthis Karstens, Kati Mustola and Alice Delage, conversations with Durk Dehner and Michael P. Hartleben – and a facsimile of the artist’s German travel diary from 1955.