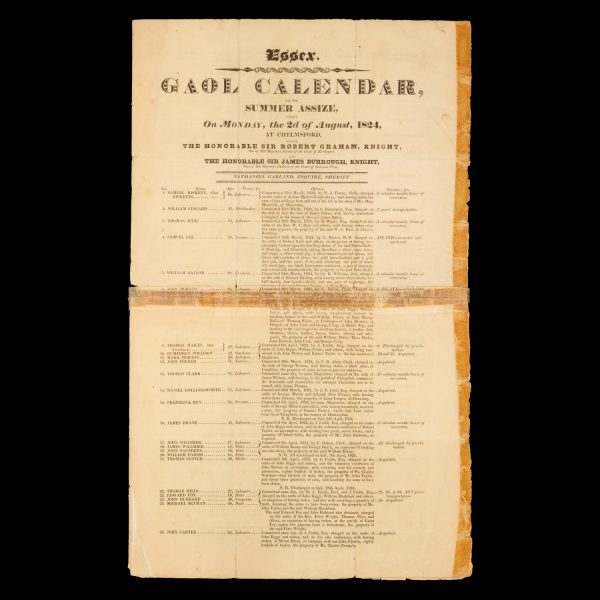 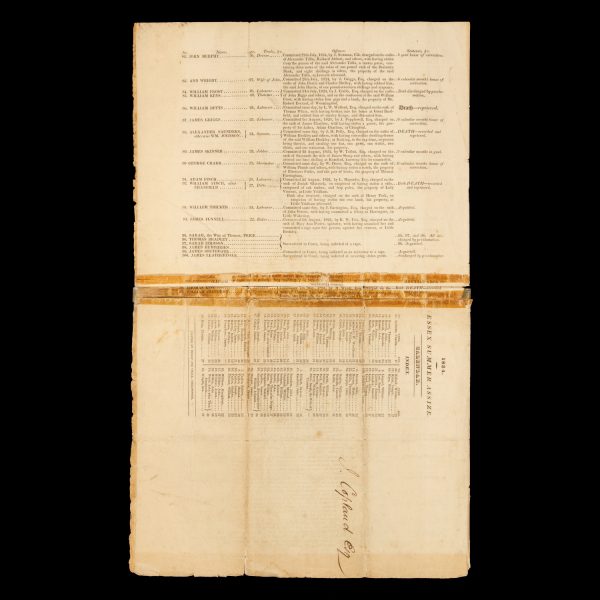 [TRANSPORTATION] Essex. Gaol Calendar for the Summer Assize, holden on Monday, the 2d of August, 1824, at Chelmsford, before The Honorable Sir Robert Graham, Knight … and The Honorable Sir James Burrough, Knight….

Chelmsford : Meggy and Chalk, [1824]. Large folio bifolium (460 x 280 mm), letterpress-printed record of the Assize listing the names of the 100 men and women who were brought before Judges Graham and Burrough at Chelmsford, together with their age, trade, summary of offence with which they were charged and a notice of their sentence or acquittal; the single horizontal and two vertical folds; fore-edges and horizontal fold with old tape reinforcement (resultant loss of a small amount of text, including entry no. 69), both leaves with a couple of short edge tears, second leaf with tear along the length of the horizontal fold; endorsed in contemporary hand in ink ‘J. Copland Esq.’ at foot of last side.