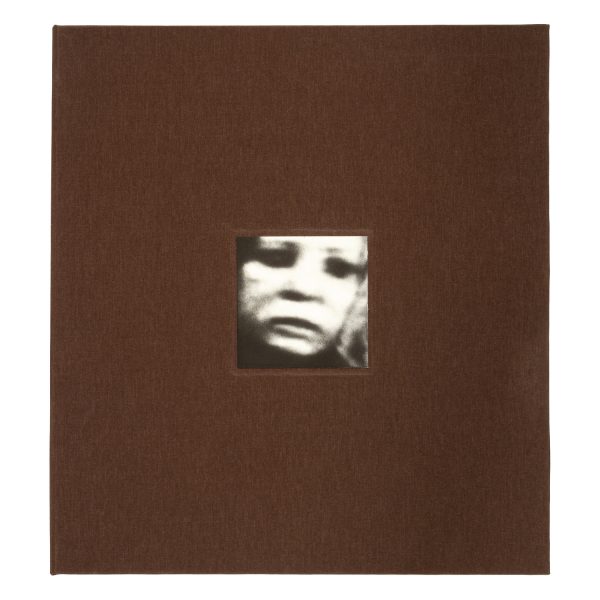 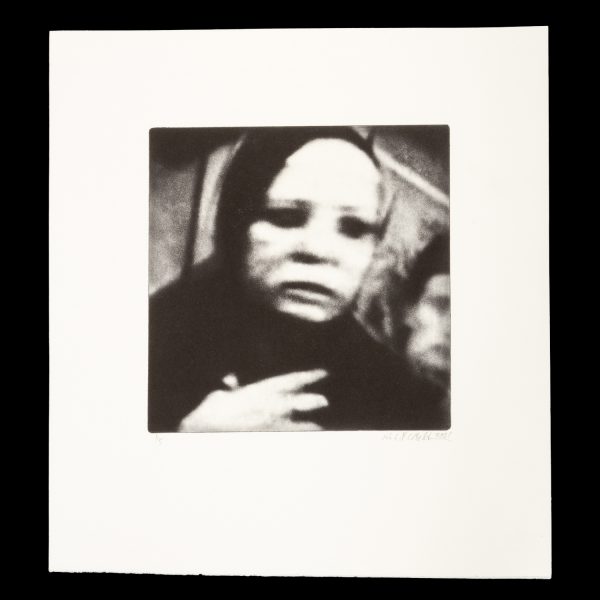 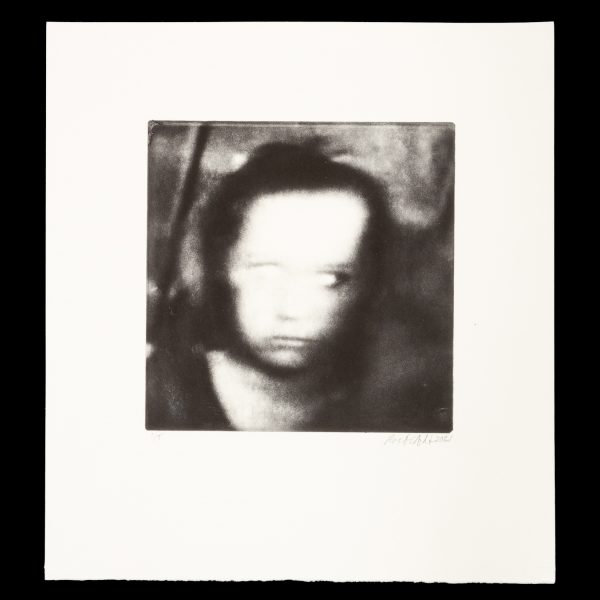 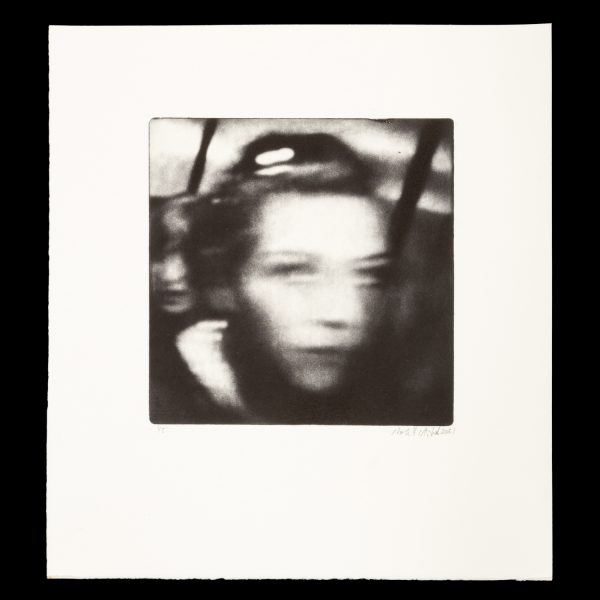 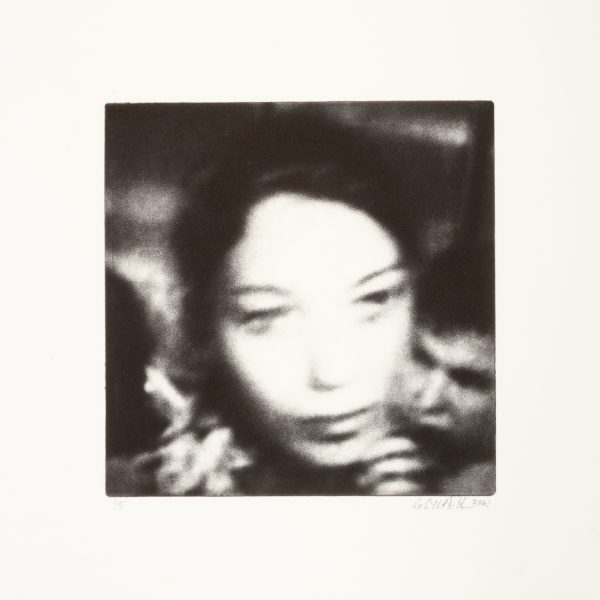 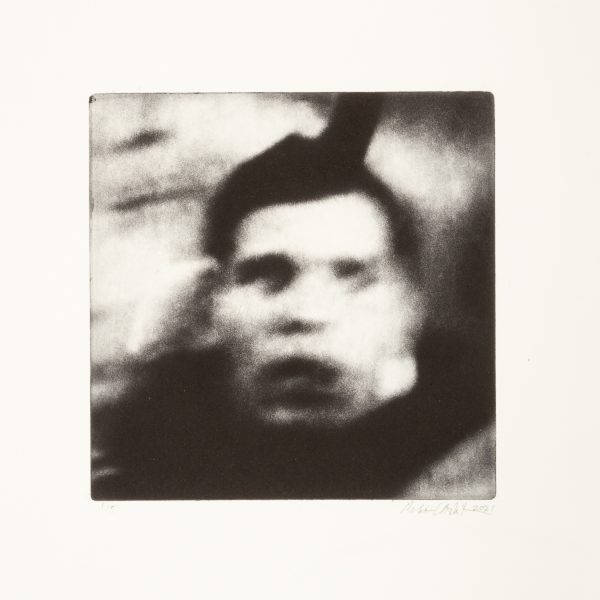 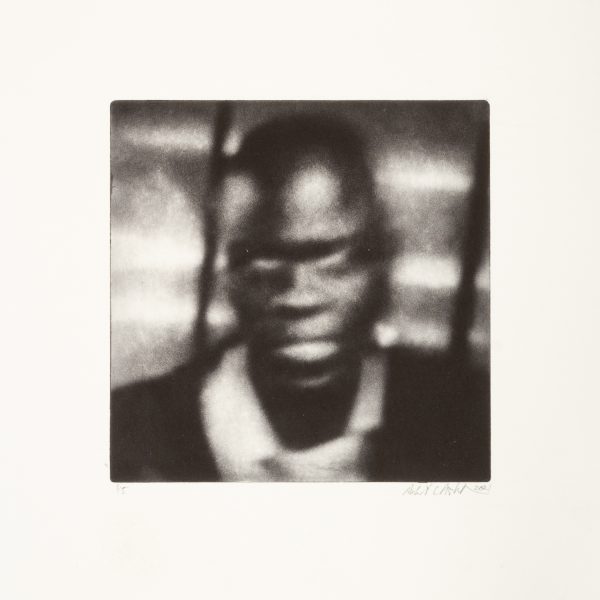 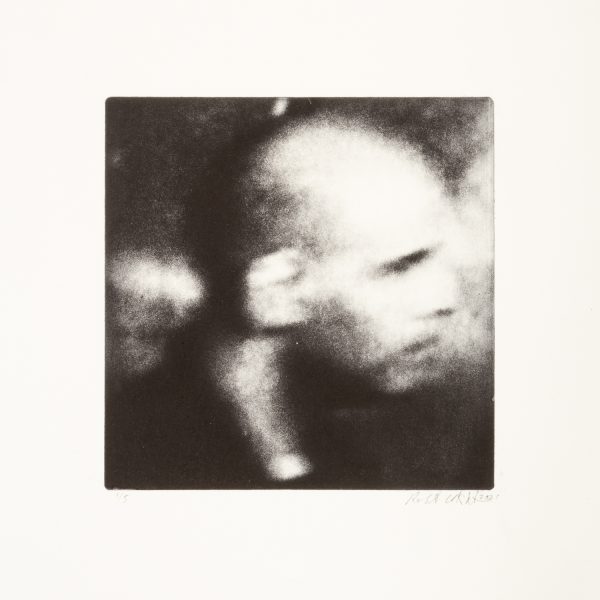 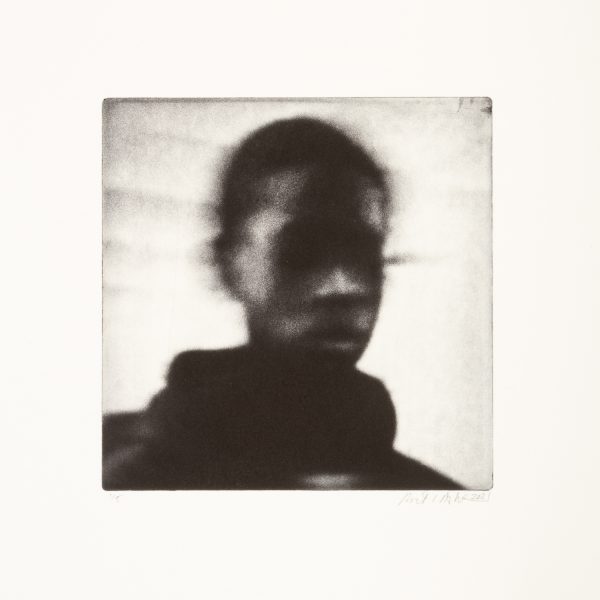 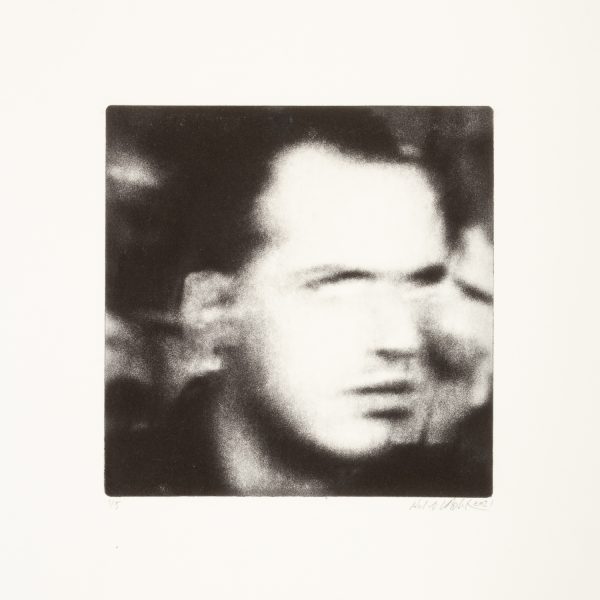 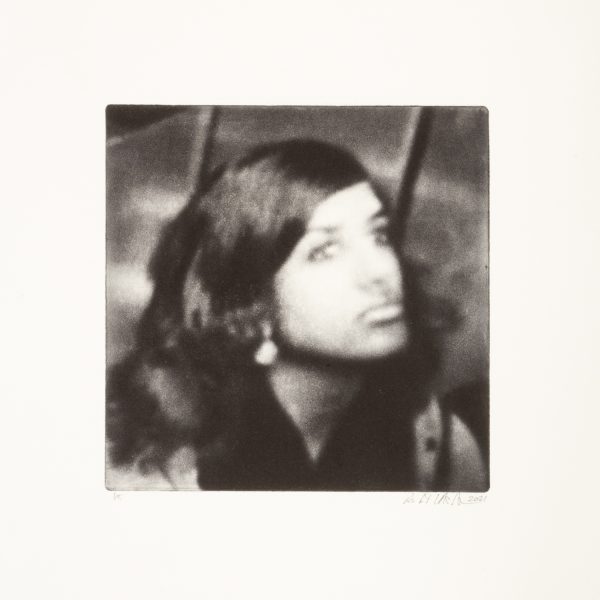 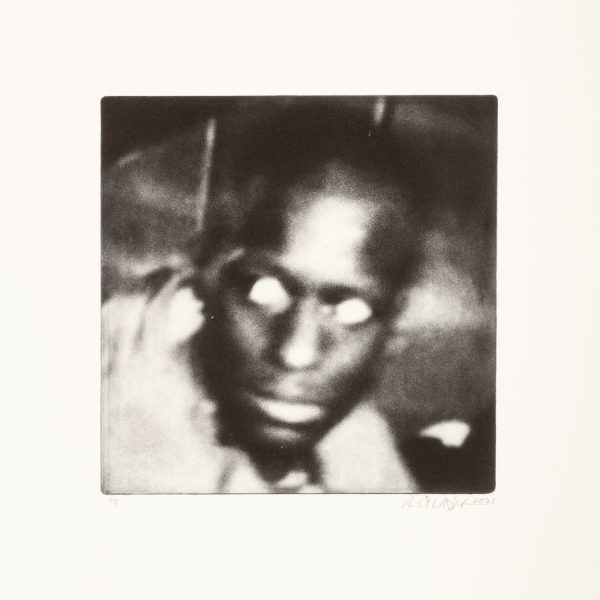 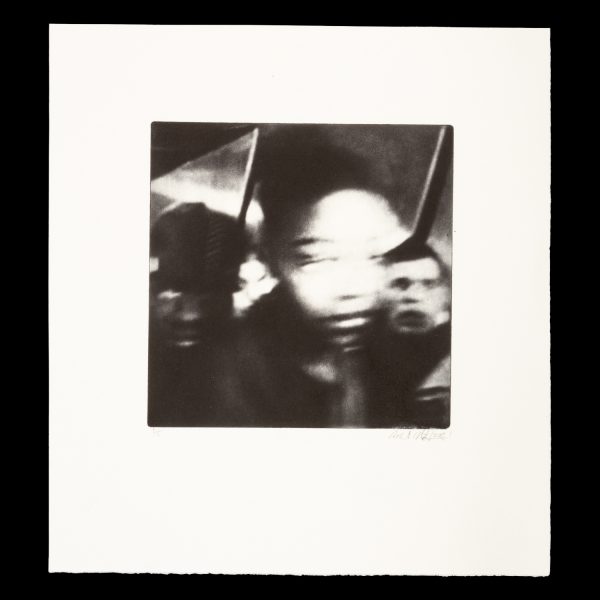 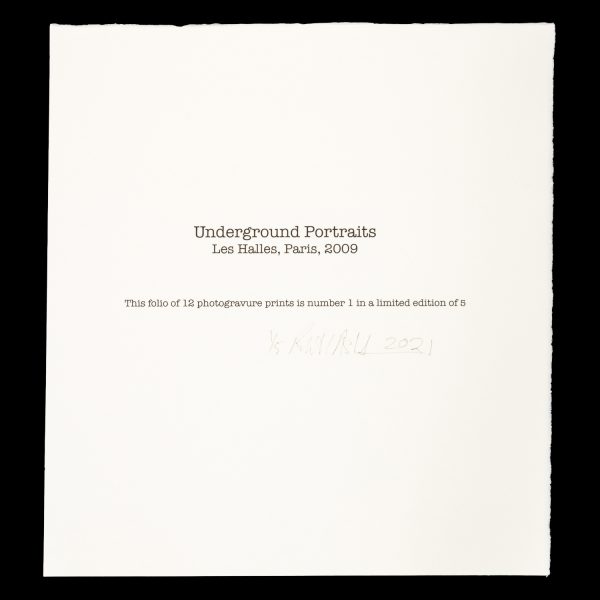 [Airey’s Inlet, VIC : the artist, 2021]. Custom made folding clamshell box, 375 x 340 mm, housing 12 original photogravures, measuring 193 x 193 mm (plate line), each signed and numbered by the artist, with a signed colophon sheet. ‘This folio of 12 photogravure prints is number 1 in a limited edition of 5’, the colophon signed by Robert Ashton and dated 2021.

In this remarkable and haunting series of photogravures, Robert Ashton captures fleeting images of commuters on the Paris Metro as they snake past him on one of the underground escalators. The artist’s camera halts their journey with a series of freeze frames, capturing the travellers on film in an unanticipated manner. Like a parade of ghosts, the eyes of these underground portraits are vacant, unfocussed and blurred from the motion as if they were in a trance. The diverse ethnicities of the subjects is reflective of modern France, a contemporary gallery of everyday life in one of the busiest and culturally rich cities in the world. The figures are anonymous yet familiar, a reminder that every face that passes us is embodied with a history, personality and story as deep as our own.

‘Robert Ashton (b. 1950, Australia) graduated from the photography program at Prahran College in 1970. Between 1974 and 1976 he worked for the photographer Rennie Ellis. He also ran Brummels Gallery of Photography with Ellis between 1974 and 1981. Ashton brings a highly personalised or poetic dimension to documentary photography. His early work focuses on inner-city subjects, but coastal landscapes have been a persistent and ongoing theme. He is an accomplished printer and has used various printing techniques including photogravures. He is based on Victoria’s Surf Coast, where he continues to make and exhibit his photographs.’ – Monash Gallery of Art https://www.mga.org.au/index.php/collection/explore/index/artist/11

Robert Ashton is represented in a number of leading public collections.