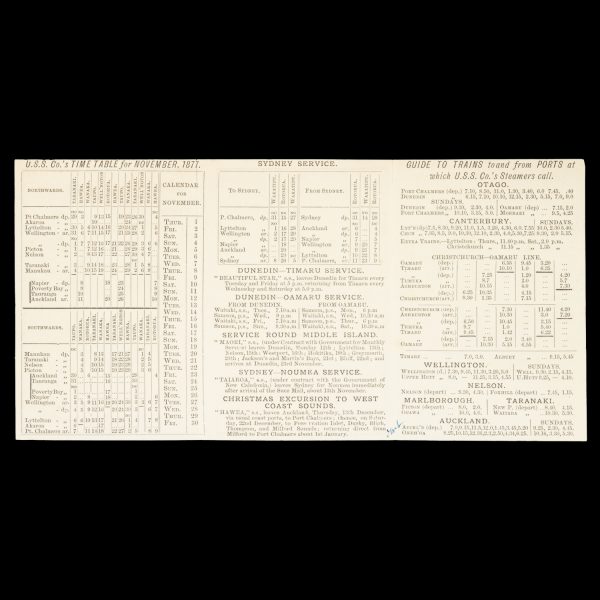 Dunedin, NZ : Fergusson & Mitchell (printers), 1877. Duodecimo card (112 x 225 mm), folding to form [6] panels (each 112 x 75 mm), with a map of New Zealand indicating ports of call, a list of all agencies in New Zealand, Australia and the Western Pacific (including Sydney, Newcastle and Noumea), a guide to trains to and from ports at which U.S.S. Co.’s steamers call, and timetables for the various intra-New Zealand services, the New Zealand-Sydney service, the Sydney-Noumea service, and the “Christmas Excursion” to West Coast Sounds; a fine example.