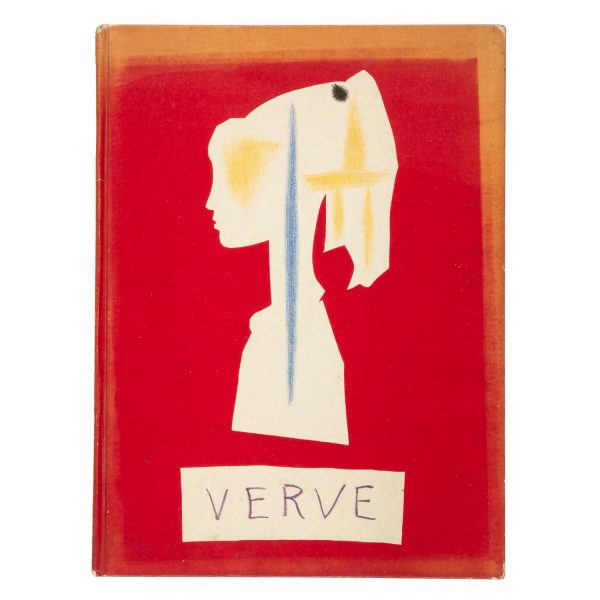 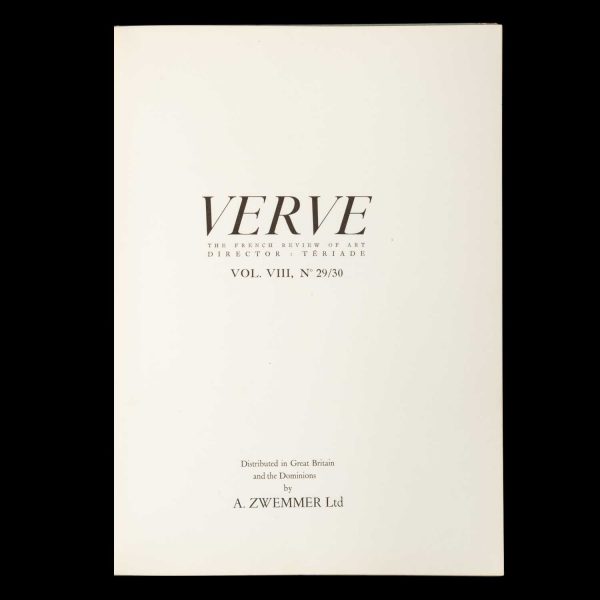 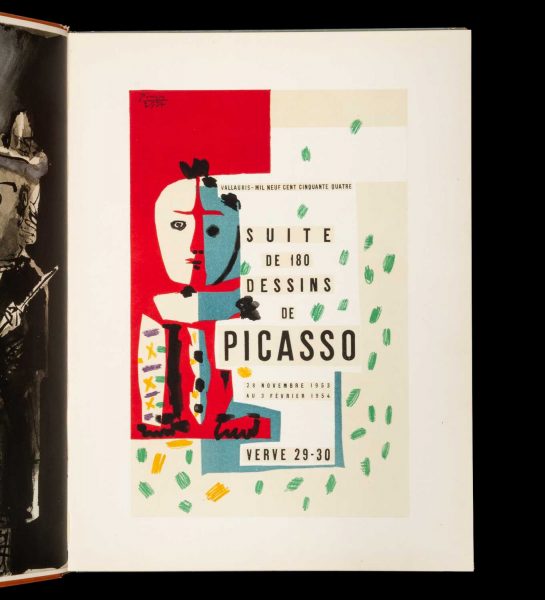 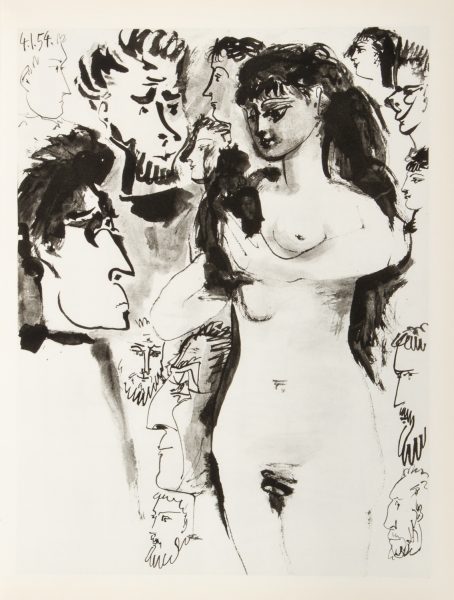 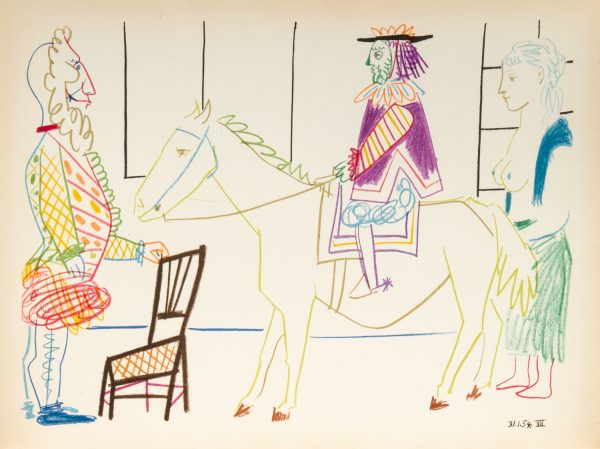 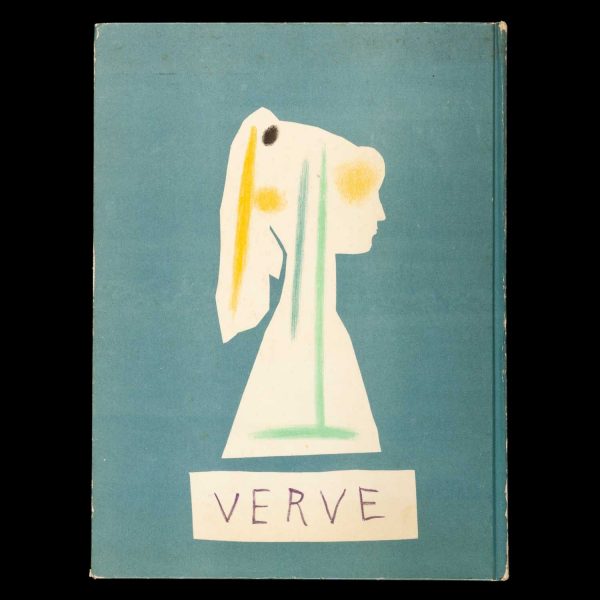 Paris : Éditions de la revue Verve, 1954. Distributed in Great Britain and the Dominions by A. Zwemmer Ltd. Quarto, papered boards with Picasso illustration designed for this publication (spine and upper board sunned, edges rubbed and split to head of spine), pp. [204], text by Tériade, Michel Leiris and Rebecca West, illustrated with heliogravure reproductions of Picasso paintings and drawings printed by Draeger Frères, as well as 16 lithographs printed by Mourlot Frères.

‘”Last winter, from mid-December to the end of January 1954 Picasso was working indefatigably on this series of drawings, which rank among the finest, boldest, most poignantly human of all he has produced in the course of his long and brilliant career … We have published the series of drawings in its entirety. They form an organic whole, born of a surging uprush of the creative spirit, and to have omitted any of its elements would have been a mutilation. Nevertheless, when we isolate anyone of these elements and fix our attention on a single page, we find the fragment almost as eye-filling as the ensemble. All the drawings are reproduced in the exact size of the originals and in the chronological order of their making.” – Tériade, the introduction.

Verve was founded by art critic Efstratios Eleftheriades, using the nom de plume Tériade. The first issue, with a cover by Matisse, appeared in December 1937, and the last, a double issue with cover by Chagall, in the summer of 1960. The monthly review’s lavish design, luxurious presentation and extraordinary artistic content led to its being recognised as the most beautiful magazine in the world.

‘In every decade there is a review of literature and art that could have come out at no other time, so neatly is it buttoned into the spirit of the age. This was true before 1900 of The Yellow Book in London and of La Revue Blanche in Paris. It was true of the Blue Rider Almanac in Munich in 1911 and of Blast in London in 1914-15…  Fifty years ago in Paris, the magazine to look for was Verve, which first came out in December 1937 and kept going in one form or another till 1960. That first cover (by Henri Matisse) sang out from the other side of the street in a way that made us run across the road to look at it more closely. And when we turned its pages, Verve had a bosomy, full-fleshed, slightly slithery quality that this former subscriber would know in his sleep.’ John Russell, in a New York Times review of Verve : the ultimate review of art and literature (1937-1960) by Michael Anthonioz (New York : Harry N. Abrams, 1988).

A fine monograph on one of the greatest artists of the twentieth century.