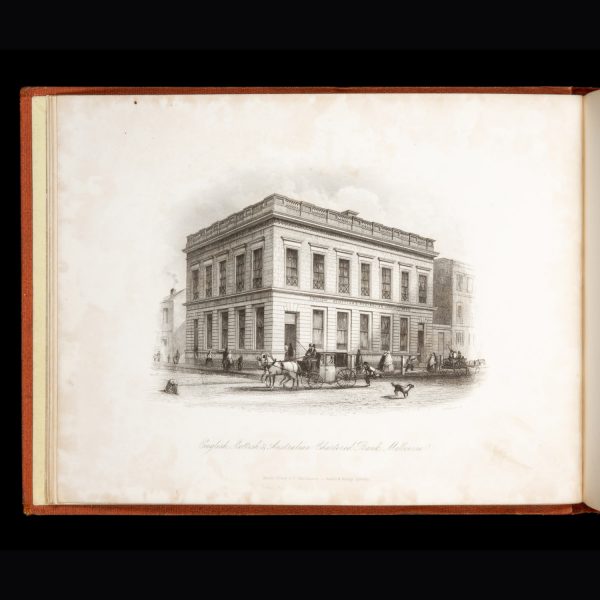 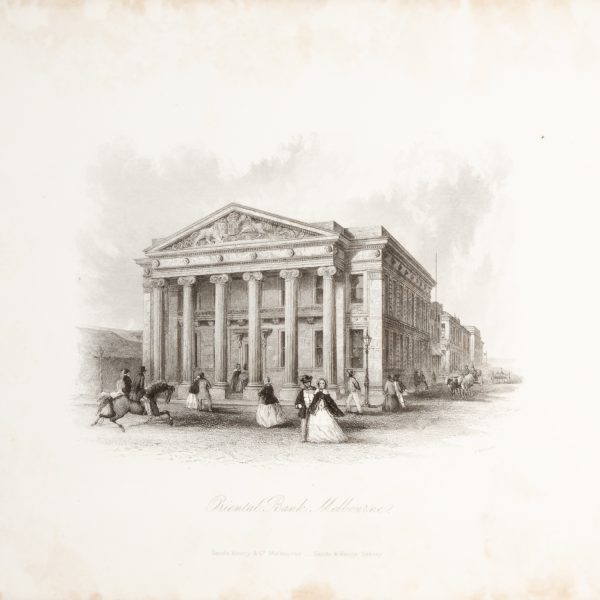 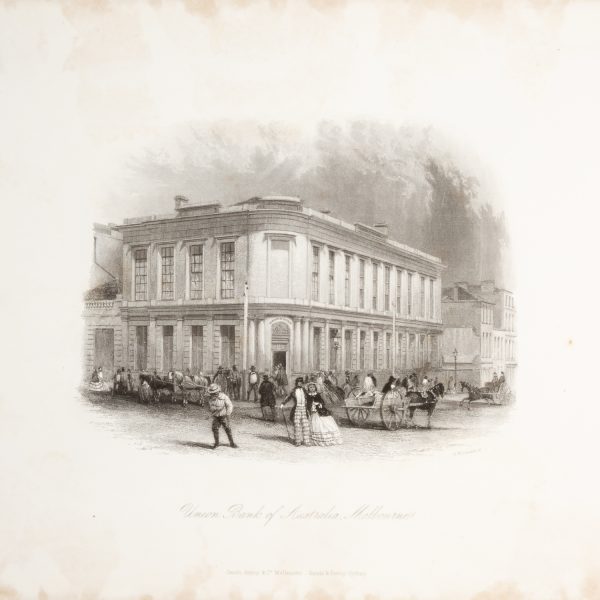 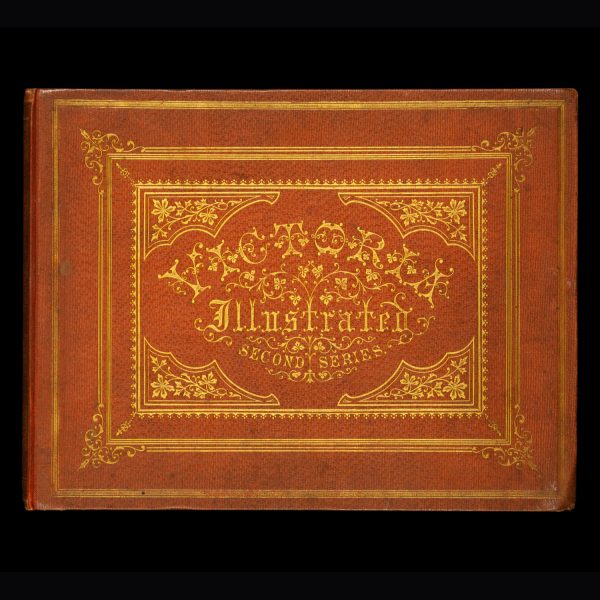 Victoria Illustrated, Second Series was published in 1862 as a companion to S.T. Gill’s Victoria Illustrated of 1856. Whereas all the plates in the first series are after S.T. Gill, the engraved plates in the second series are after a group of artists, and the only one which is signed is the engraved title page, after Nicholas Chevalier. The plates illustrated booming gold-rush era Melbourne as well as the townships of Geelong, Sandhurst (Bendigo), Kyneton, Ballarat and Castlemaine. The Second Series is much scarcer the the first.