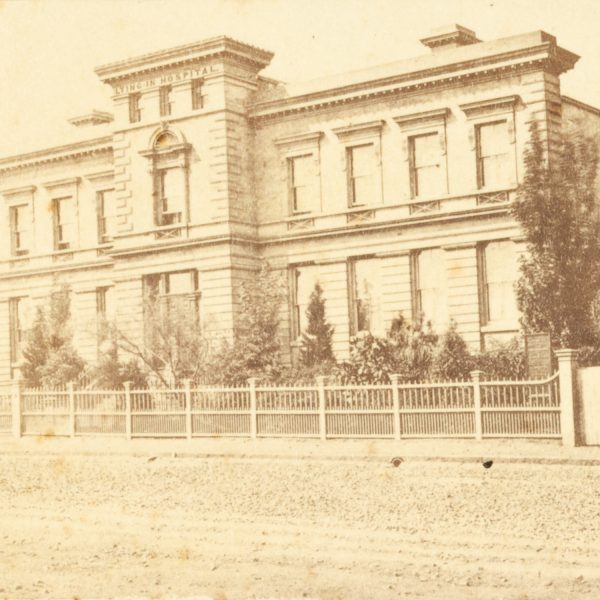 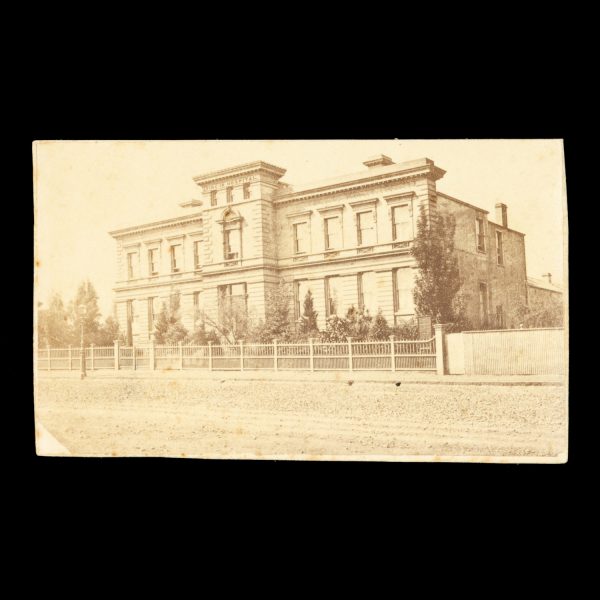 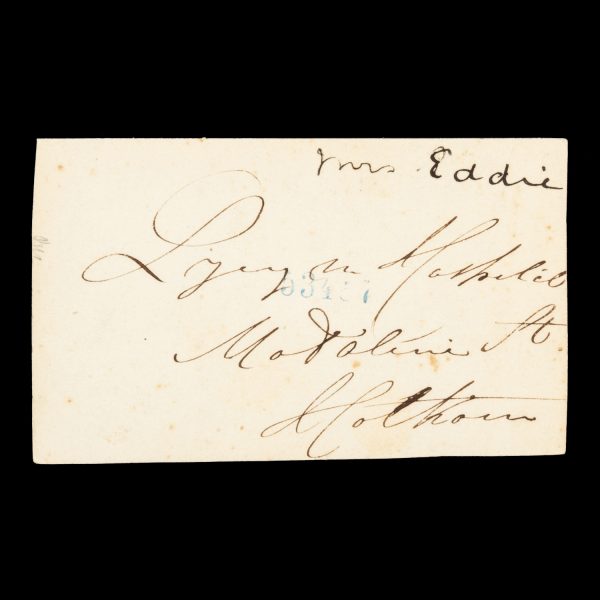 Albumen print photograph, carte de visite format, 59 x 98 mm (mount); verso with fully contemporary caption in ink ‘Lying in Hospital, Madeline St., Hotham’, and with a later owner’s name ‘Mrs Eddie’ and a wet-stamped collection number; the print is a little pale but is in good condition, as is the mount.

Although the photographer is unidentified, this view can tentatively be attributed to Davies & Co., as it was sourced with a small group of other very early Melbourne carte de visite views with the Davies & Co. back mark.

“The ‘Melbourne Lying-In Hospital and Infirmary for Diseases of Women and Children’ opened its doors to the poorest and most needy women in 1856, less than two decades after the official foundation of Melbourne (1837).

The Lying-in Hospital was the second hospital established in the bustling town (the first was the Melbourne Hospital). It was first located in a leased terrace house in Albert St, Eastern Hill (East Melbourne), close to where the Victorian Parliament now stands.

The hospital’s establishment was achieved by a committee of women, led by Mrs Frances Perry, the wife of the then Anglican bishop of Melbourne, and two doctors, Dr Richard Tracy and Dr John Maund.

In 1858, the ‘Lying-in Hospital’ was relocated and opened in Madeline St, North Melbourne (now known as Swanston St, Carlton).”