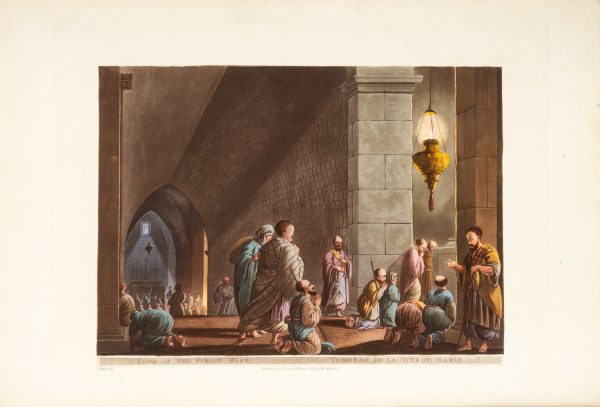 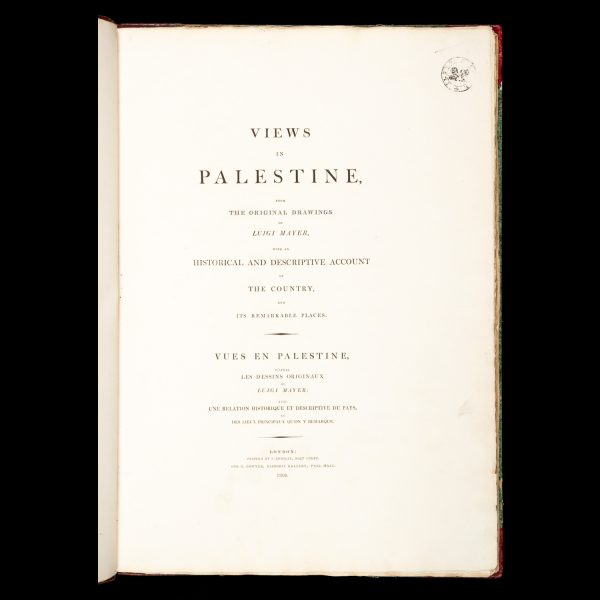 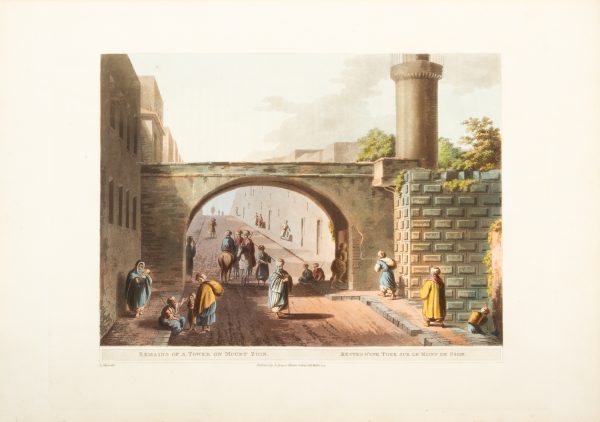 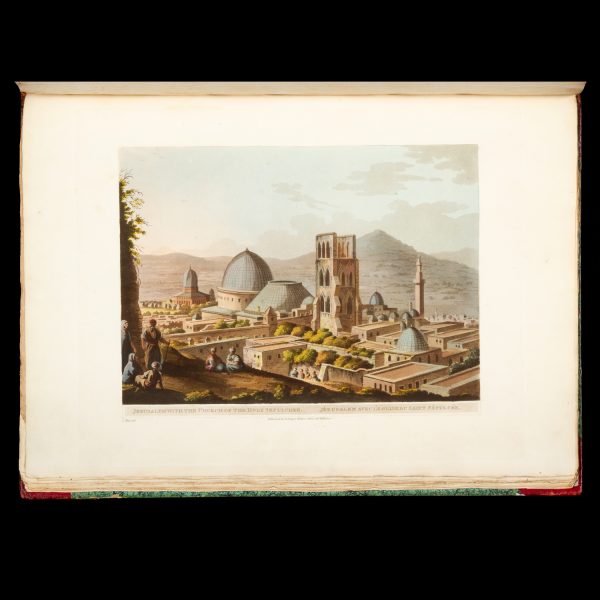 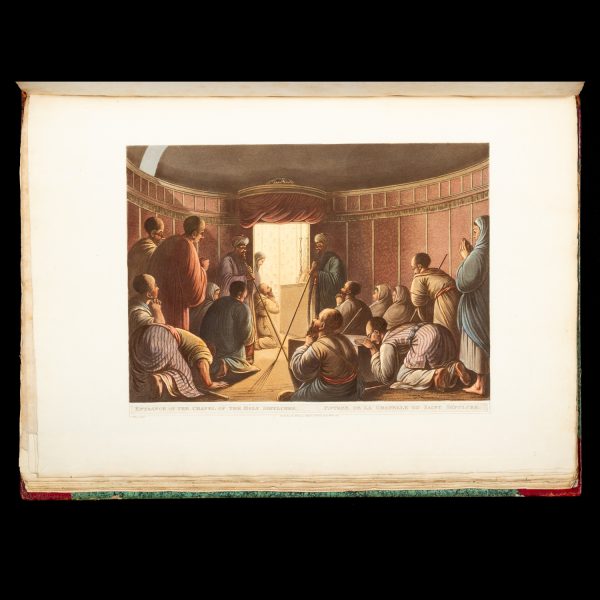 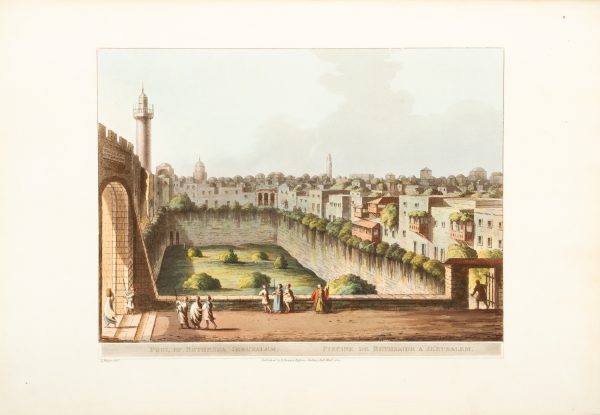 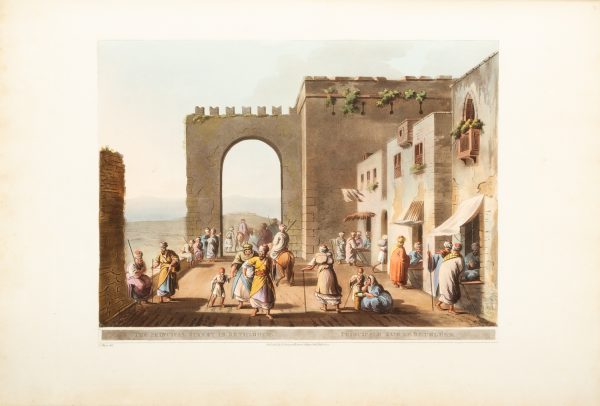 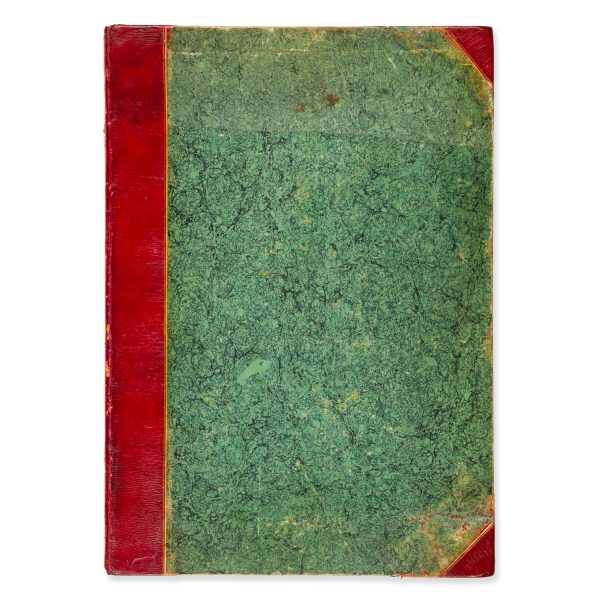 Views in Palestine from the original drawings of Luigi Mayer with an historical and descriptive account of the country and its remakable places.

Mayer, who studied with Piranesi and was later artist at the court of the King of Naples, was unquestionably the most accomplished artist to produce drawings of scenes in the Near East prior to the Scottish traveller and artist David Roberts. He produced four major works of Ottoman, Egyptian and Levantine views. His Views in Palestine contains colourful views of Jerusalem, Bethlehem and Bethany, and of significant Biblical sites such as the pool of Bethesda, the fountain of Siloam, the sepulchre of the Judges of Israel, Mount Zion, the Valley of Jehosophat, and the tombs of Joseph and of Absalom. His drawings are also of ethnographic interest on account of their depictions of traditional costume types, including those worn by Maronite and Greek Orthodox Christians.