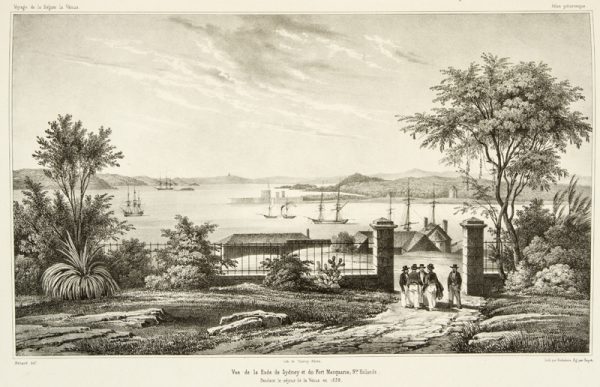 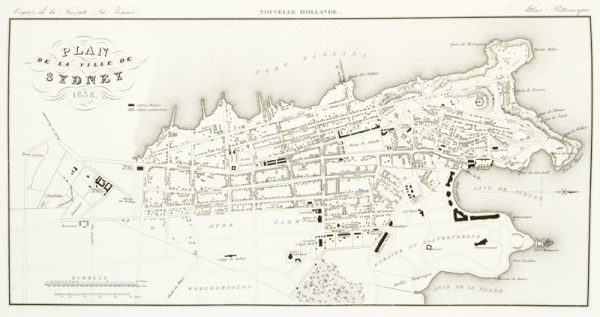 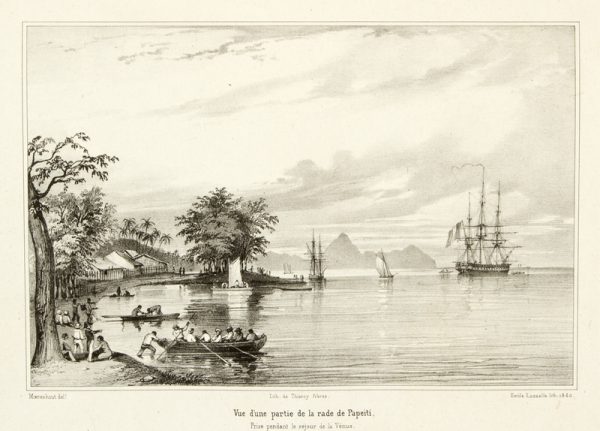 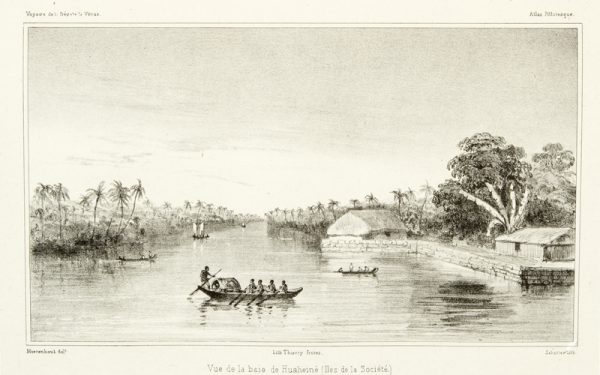 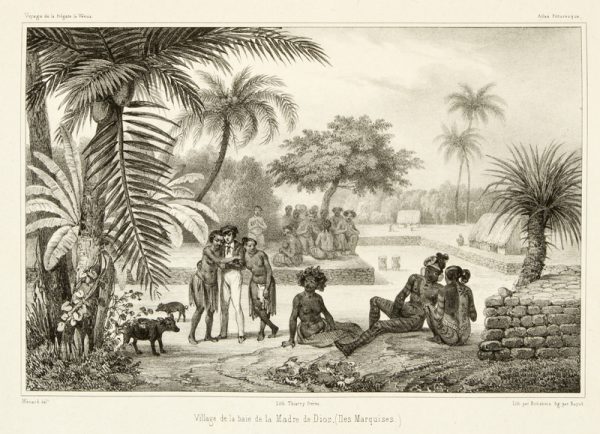 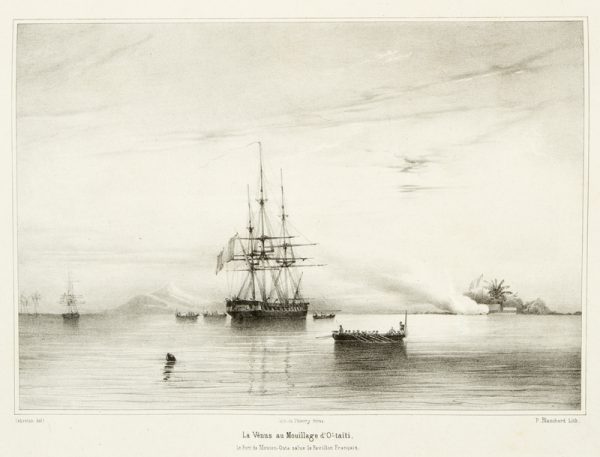 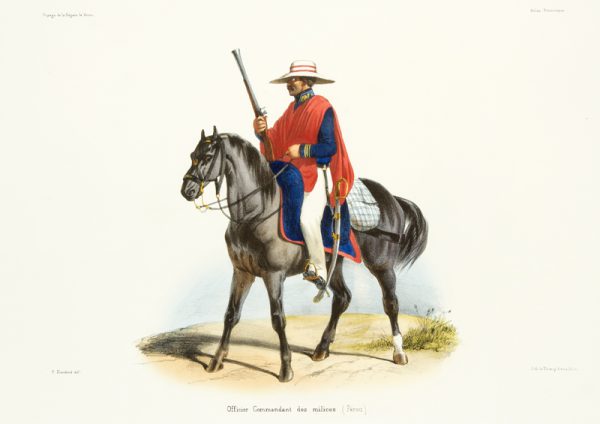 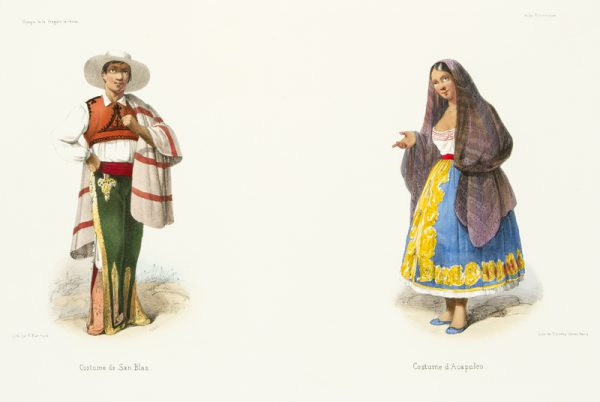 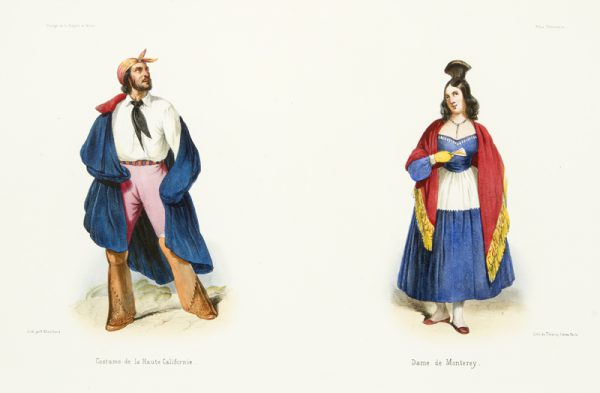 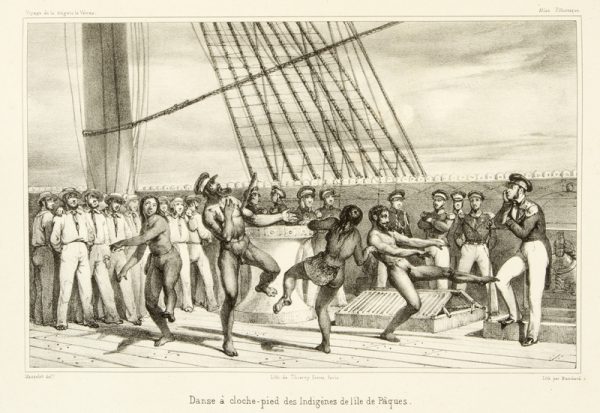 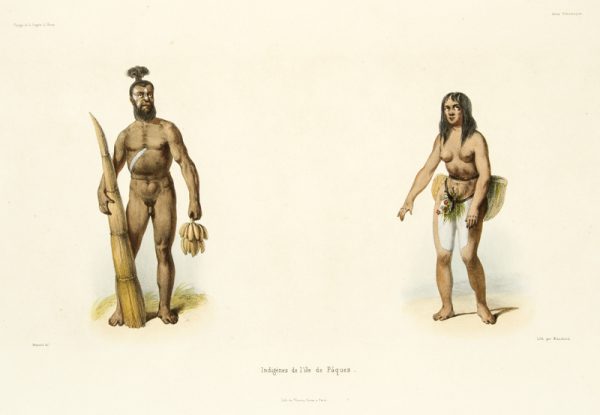 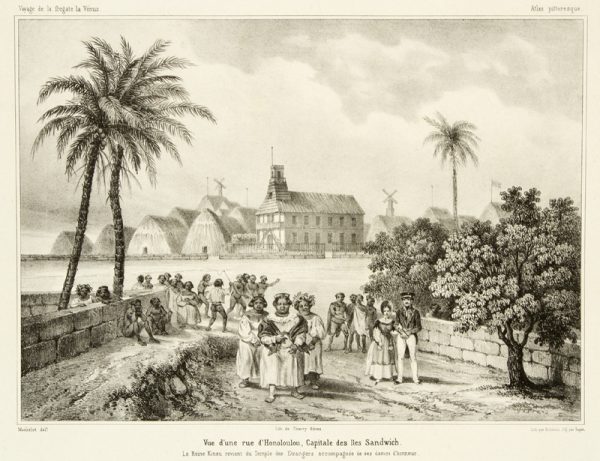 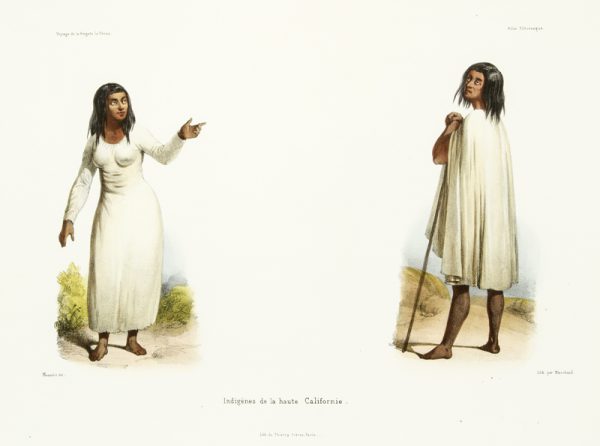 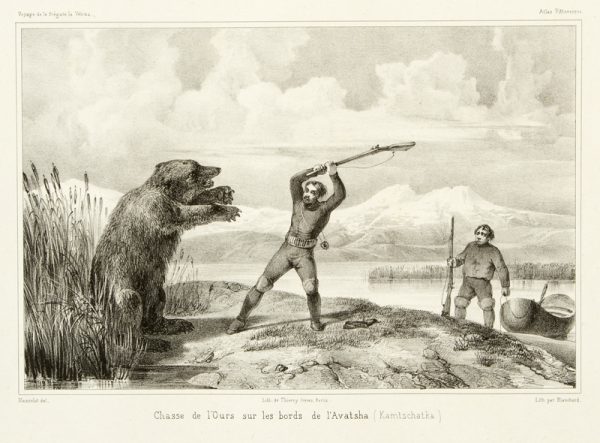 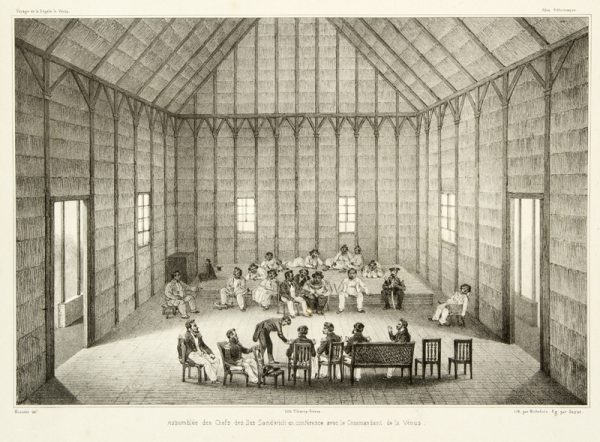 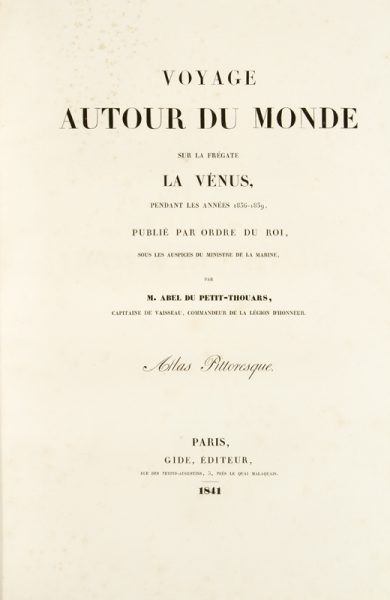 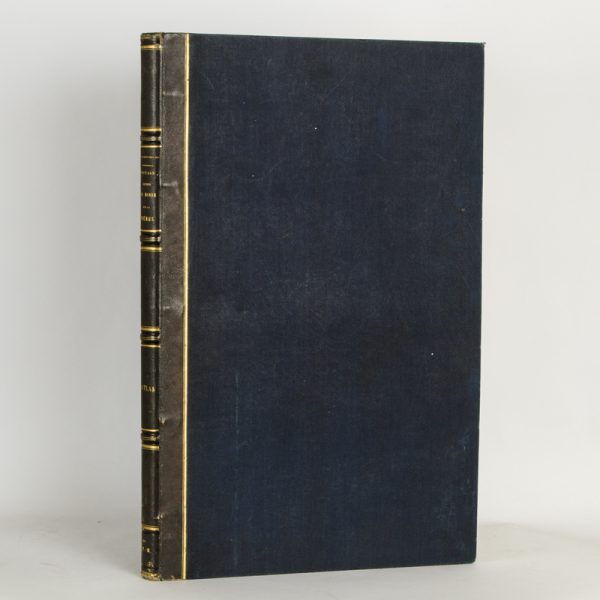 Dupetit-Thouars’ voyage in the Vénus was critical to the establishment of a French colonial presence in the Pacific, as well as for the promotion and protection of French commercial activities around the globe.

‘Dupetit-Thouars’s account of his stay in California, in 1837, is one of the most important and complete records of the Mexican period. In 1838, the Vénus made a run for Easter Island, further investigated the coast of South America, then sailed for the Galápagos and Marquesas Islands, Tahiti and New Zealand. At Tahiti the expedition forced Queen Pomaré to write a letter to the King of France apologising for mistreatment of French priests, to pay an indemnity, and to salute the French flag. He had also made a treaty with Kamehameha III of Hawaii. After visits to Sydney and Mauritius, the ship sailed home, arriving after a voyage of thirty months…’ (Hill).

The magnificently illustrated Atlas Pittoresque was issued separately from the four octavo text volumes and other atlas volumes dealing with botany, zoology and physical science. The majority of the fine plates are after the expedition’s two artists, Messnard and Masselot. They include four views of Sydney, one of them a double-sheet panorama, and five views of Hawaii, one a double-sheet panorama of Honolulu, along with topographical views of Tahiti, Easter Island, the Galápagos Islands, New Zealand, Chile, Peru, Mexico and California. The work also features many ethnographic plates of the peoples of Central and South America and Polynesia.