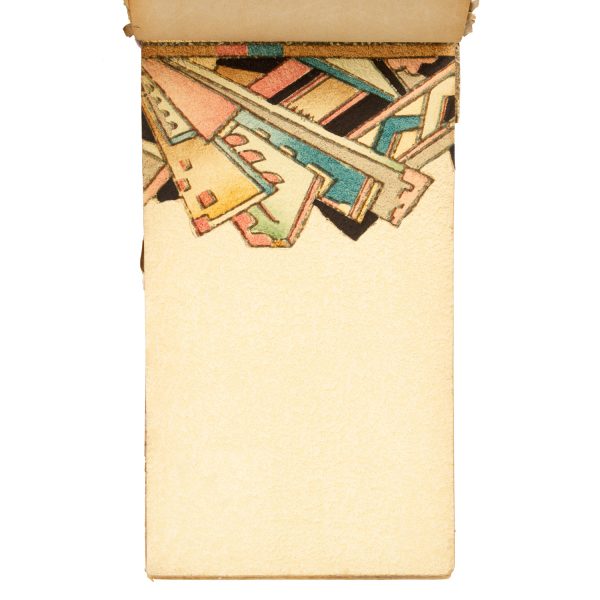 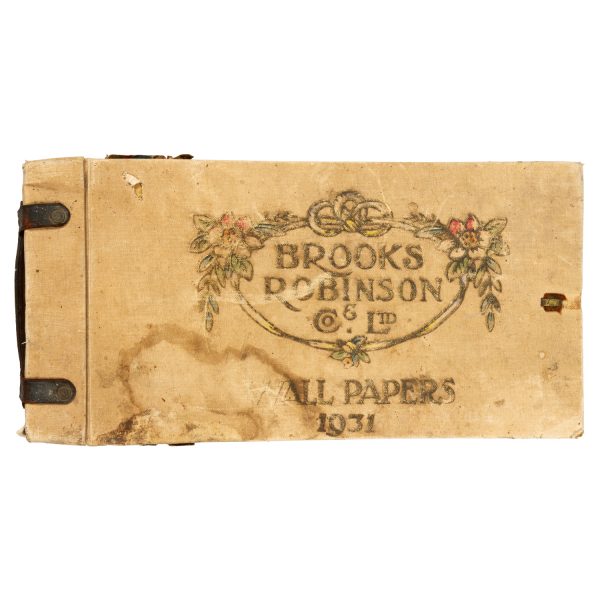 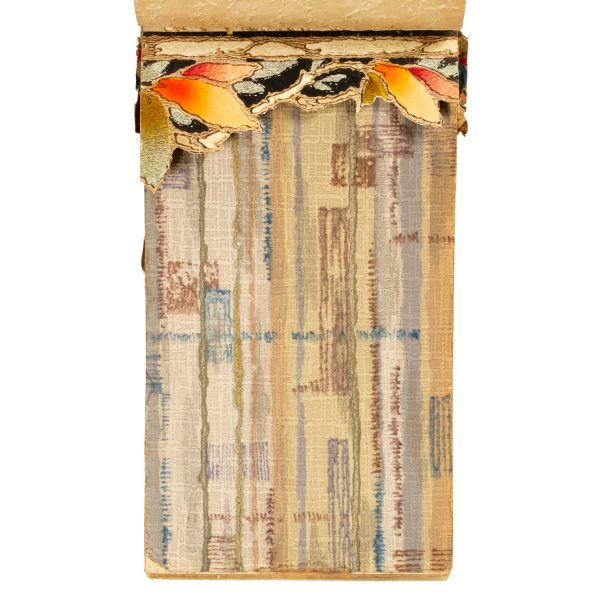 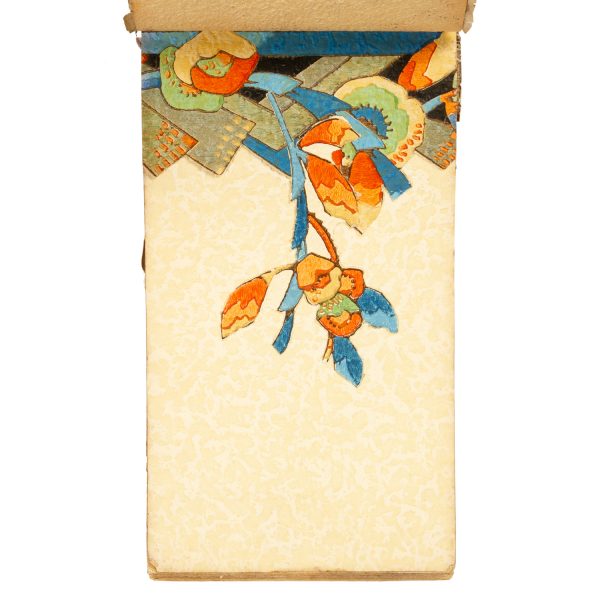 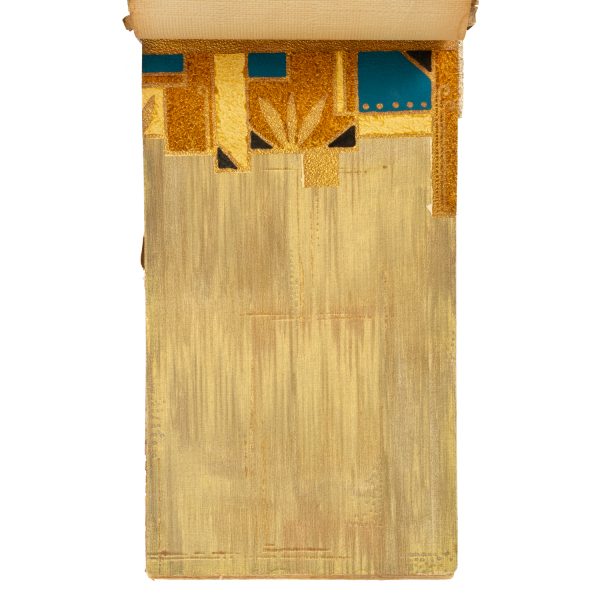 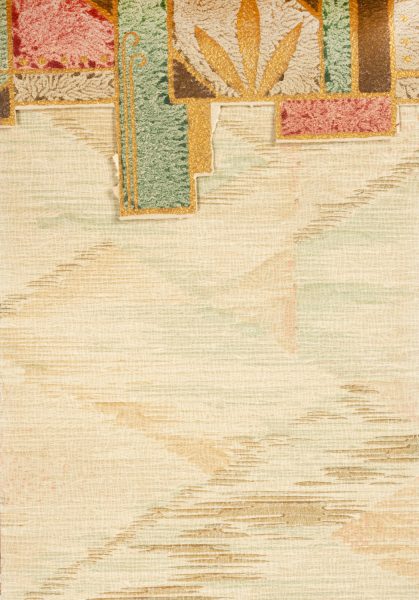 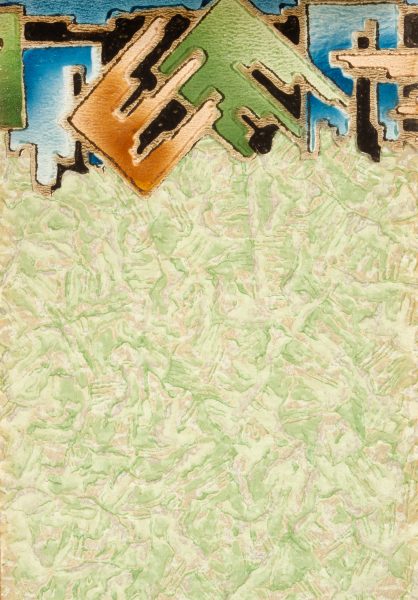 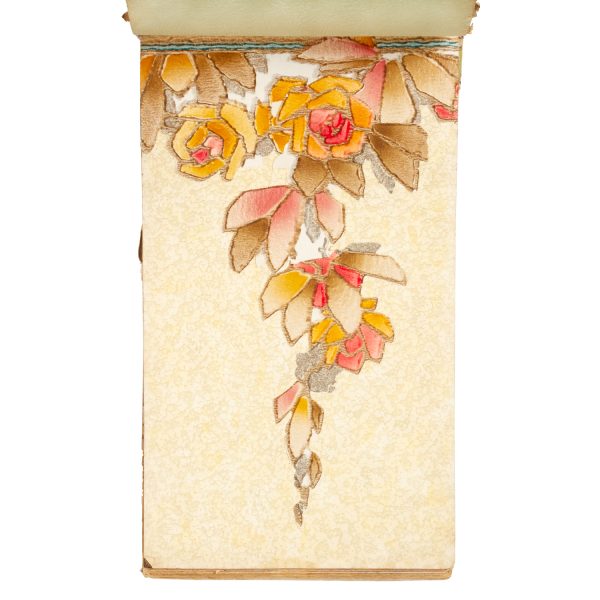 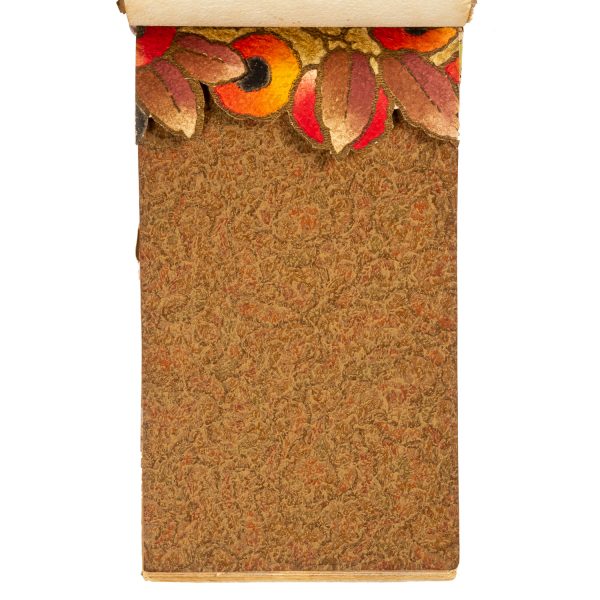 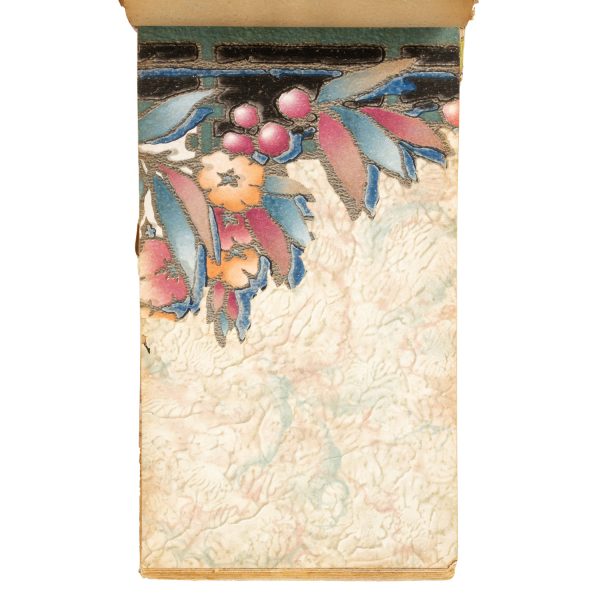 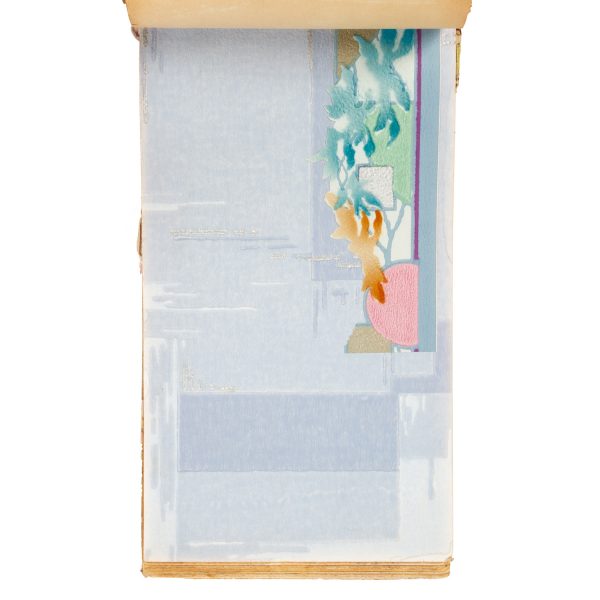 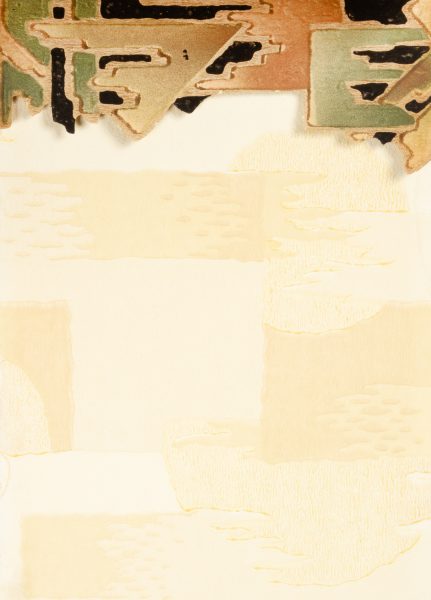 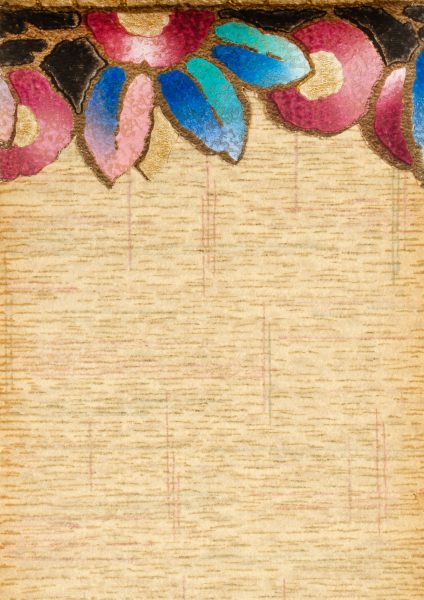 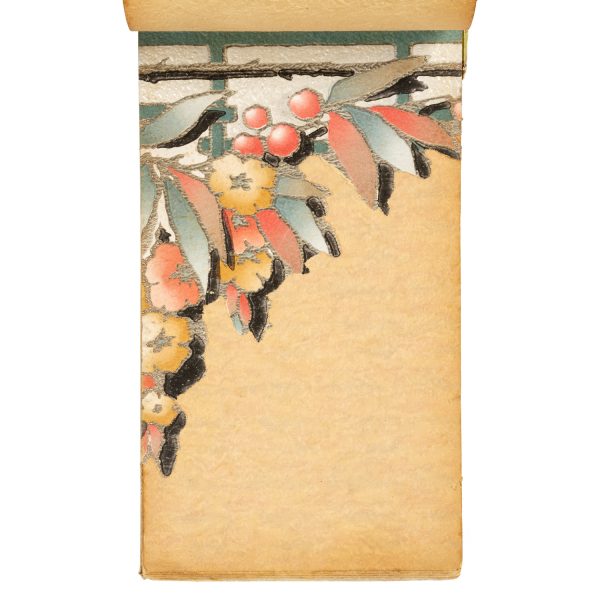 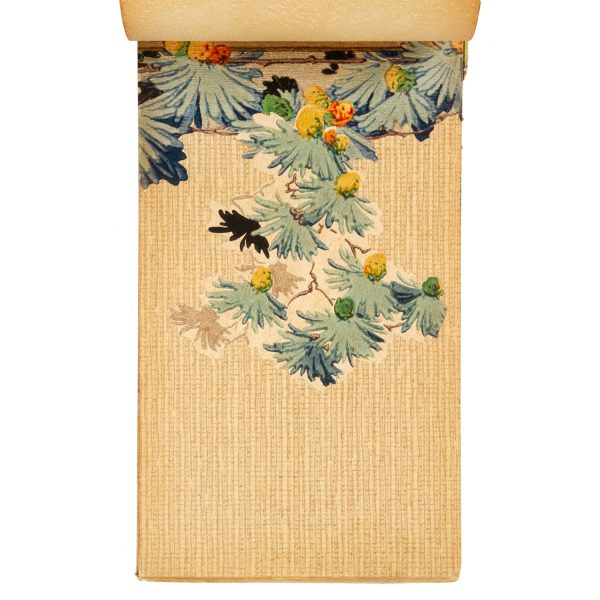 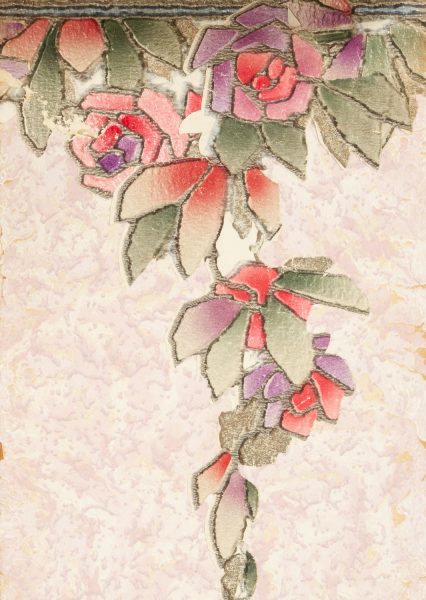 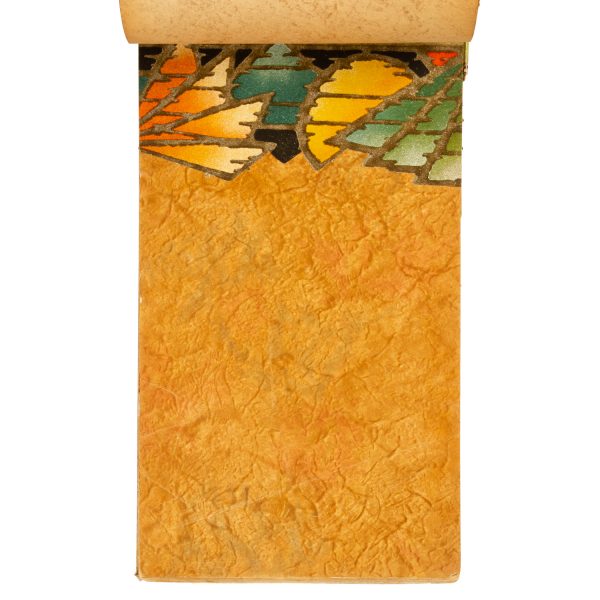 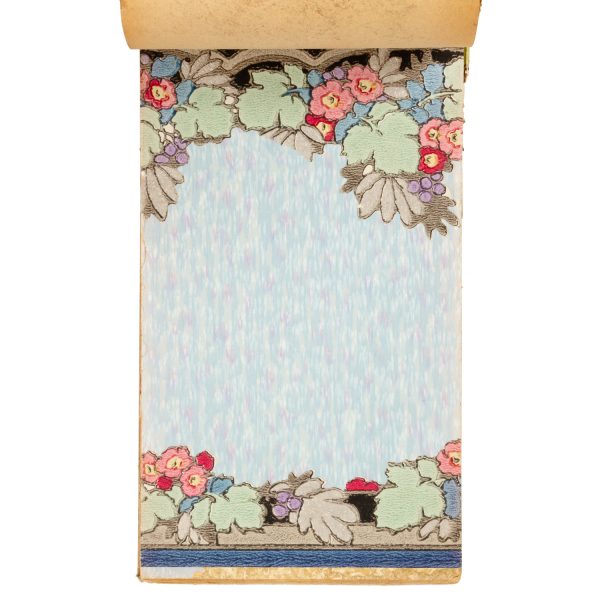 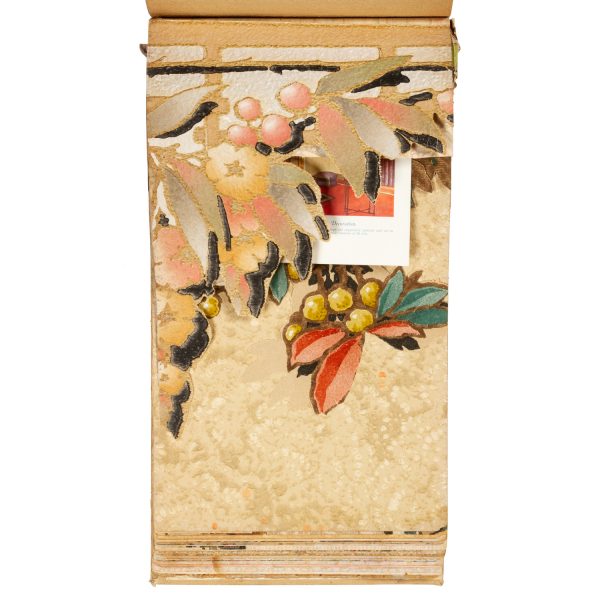 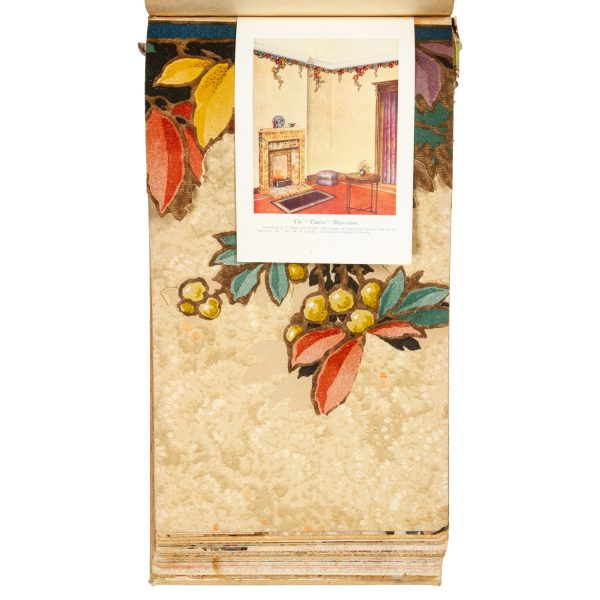 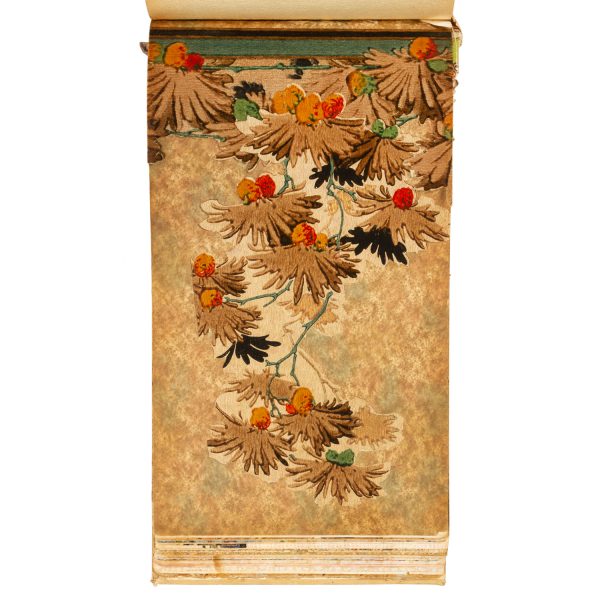 [Melbourne?] : Brooks, Robinson & Co., 1931. Oblong large folio (250 x 500 mm), maker’s canvas-covered boards (heavily rubbed and stained) with hand-coloured decorative title to front ‘Brooks Robinson & Co. Ltd. / Wall Papers / 1931′, original rivet binding with leather carry strap, containing over [200] samples of wallpaper friezes and drops in a huge variety of stunning Art Deco patterns and palettes; all are stamped on the verso with the relevant Brooks Robinson pattern reference number; one of the maker’s printed leaflets bound in illustrates the “finished product” in a domestic setting. This was a well-used salesman’s sample book, and numerous samples are incomplete, small excised sections having been provided to prospective customers; however, the contents have been preserved substantially intact, and in clean condition. A rare survivor, and a veritable treasure trove for 1930s Australian interior design research.

Merchant Henry Brooks had established his import business in Elizabeth Street, Melbourne, in 1854, principally to supply the building and painting trades at the height of the gold rush boom. In 1869 he and Edward Robinson went into partnership as Brooks, Robinson & Co., specialising in the importation of wallpapers, glass and china. By the 1880s the company had branched out into stained glass and lead light manufacturing, the area of the decorative arts for which it is now best remembered. Brooks Robinson was an extremely successful company that remained in business right up until 1963. In the early part of the twentieth century, it had a Sydney branch office in the Kembla Building, Margaret Street.

Around the time that this wallpaper sample book was issued to the trade in 1931, Brooks Robinson’s main competition in the domestic wallpaper market came from its Sydney rival, Morrison’s (active 1883-1939). However, a major point of difference between the two firms’ products was that, whereas Morrison’s wallpapers were hand-made, expensive, and aimed at a more exclusive clientele, Brooks Robinson’s were, in contrast, machine-made, mass-produced, and affordable: without serious sacrifice of aesthetics or refinement, Brooks Robinson managed to succeed as the most democratic purveyors of wallpaper for the Australian home in the interwar period.