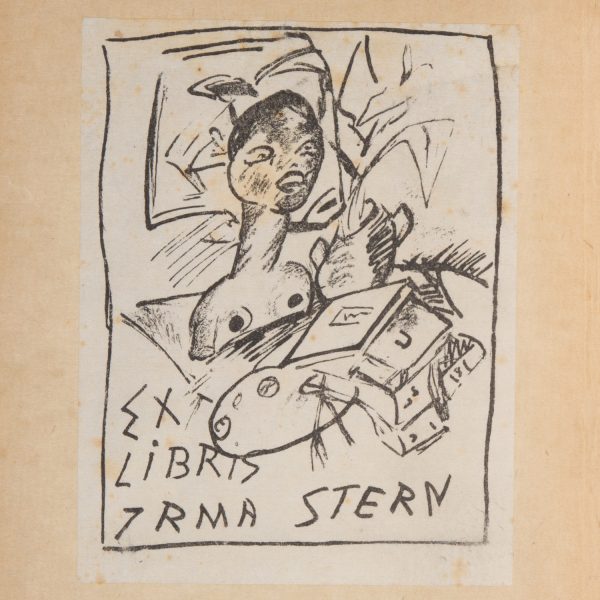 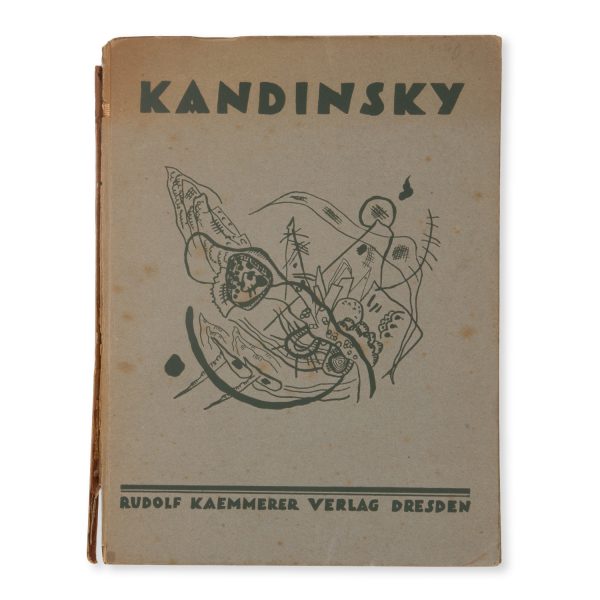 From the library of important South African artist Irma Stern (1894 – 1966), with her lithographed bookplate, being an original lithograph self-portrait.

Irma Stern designed a number of unique watercolours to be used as bookplates, known in single examples and mostly held in the Irma Stern Museum in Cape Town. In her reference work on the subject, Below notes that in addition to the watercolour bookplates ‘Stern also designed three bookplates for printing in a number of copies. Twenty or thirty of each pattern have been identified. Following the practice of some large libraries, she designed bookplates in different motifs for diffeenet sections of her library’. The bookplate used here was reserved for art books and is larger than the other two. Below writes ‘The lithograph Irma Stern created for her art books is the most important of all her bookplates, and particularly revealing of her image of herself as an artist. This lithograph would seem to have been created only after her return from Europe, probably in the year 1923’.

‘The bookplate with still life shows that Irma Stern’s artistic aim was an attempt to bring together in her work not only craftsmanship and art, nature and culture, but also Africa and Europe. It is in this sense too that the simplifying, mostly linear and expressive language of the form of the still life is to be understood. In employing it, Irma Stern seems to be seeking to associate her work with ‘original’ artistic expressions, whether by children, early tribal cultures or academically untrained ‘primative’ European artists, and to perpetuate these in her own pictorial language’.