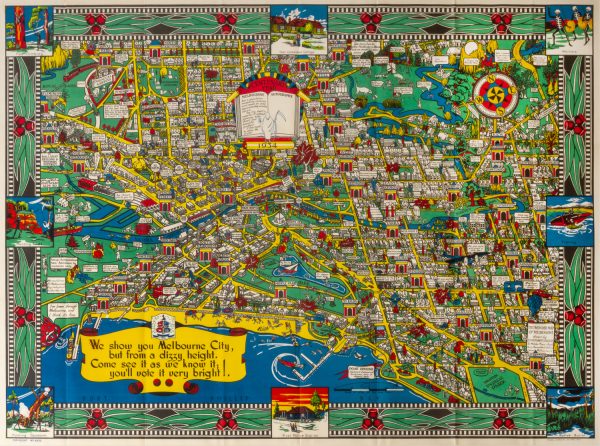 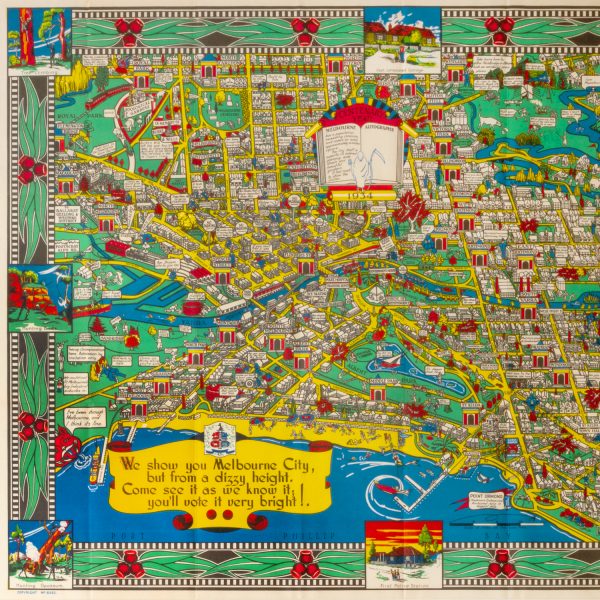 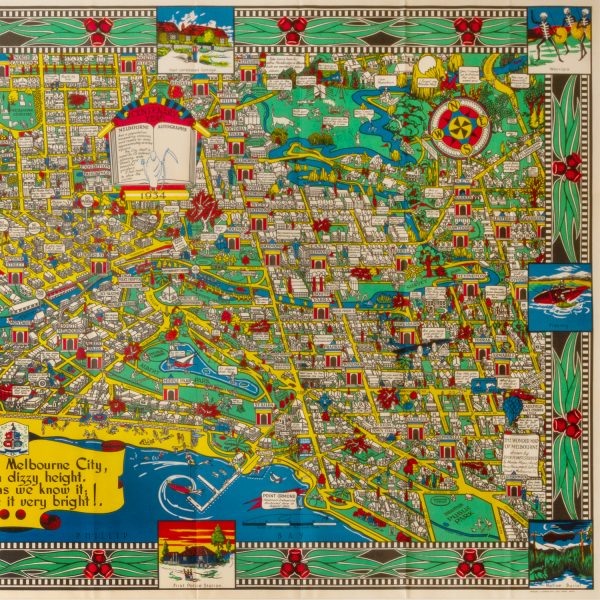 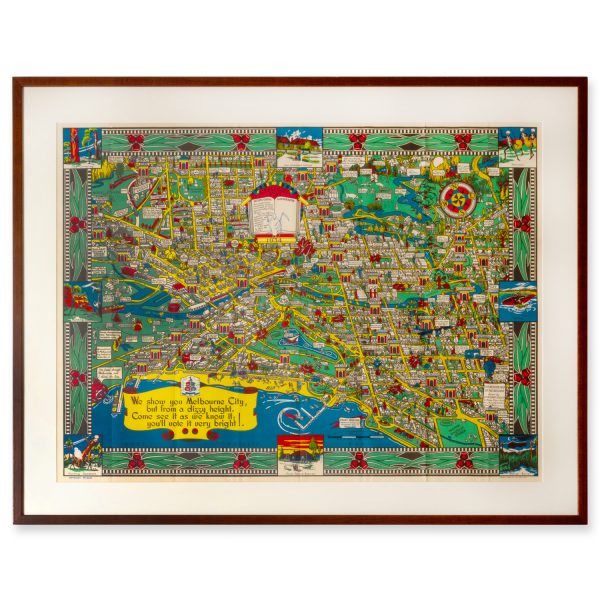 Melbourne : Wonder Maps of Australia, 1934. Printed map, 720 x 950 mm, old folds as issued, framed. The central panel reads : ‘Centenary Year. Has a population exceeding 1,000,000 and covers an area approximately 10 miles square. The city itself is noted for its ordered planning, wide streets and beautiful gardens. It has much to show the visitor’ next to which is a space for autographs. Printed by Troedel & Cooper. Designed by O. J. Dale.

A fine and rare pictorial map of Melbourne.