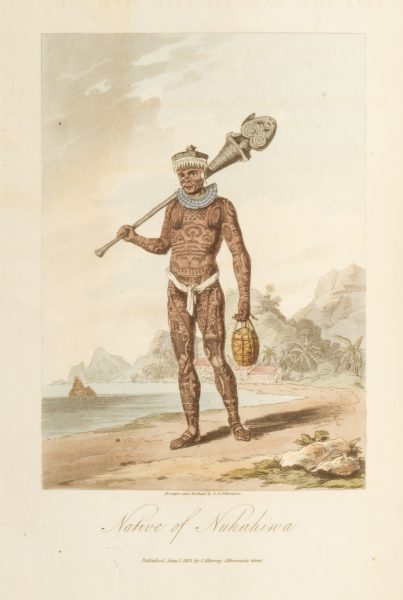 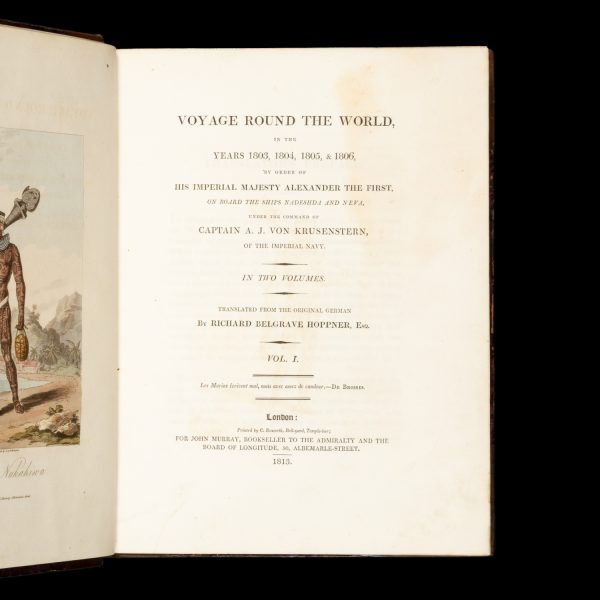 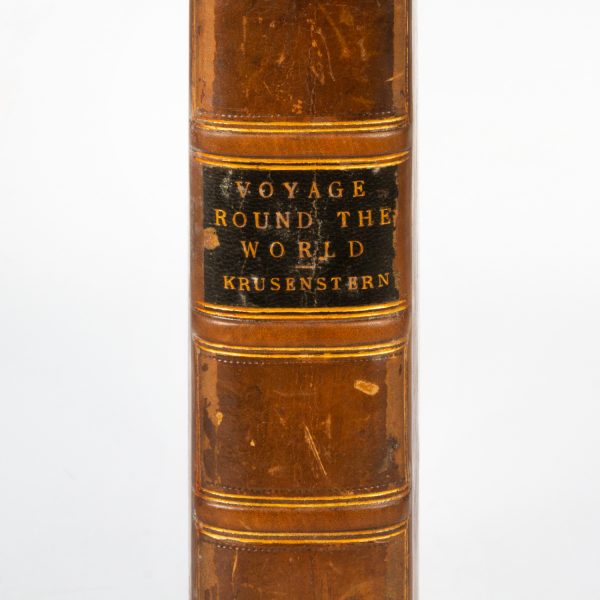 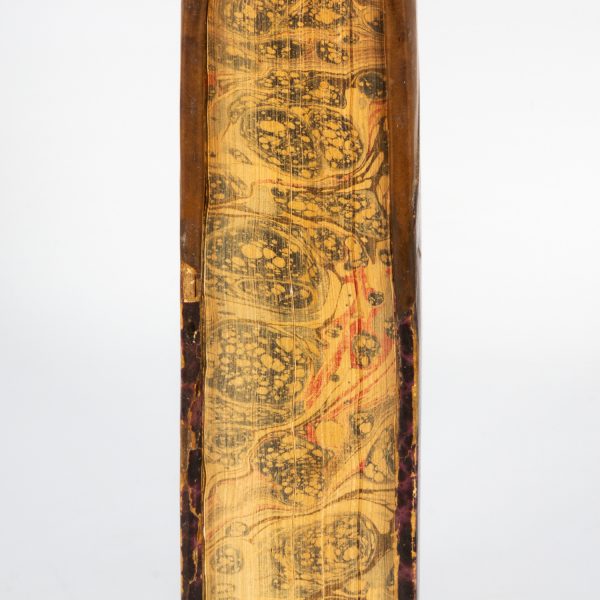 A voyage round the world, in the years 1803, 4, 5, & 6; performed, by order of His Imperial Majesty Alexander the First, on board the ships Nadeshda and Neva, under the command of Captain A. J. von Krusenstern, of the Imperial Navy.

In two volumes. Translated from the original German by Richard Belgrave Hoppner, Esq. London : Printed by C. Roworth [Volume II Printed by T. Davison], for John Murray, Bookseller to the Admiralty and the Board of Longitude, 1813. First edition in English. Two volumes in one, quarto, later half calf over marbled papered boards (lightly rubbed), spine in gilt-ruled compartments with black morocco title piece lettered in gilt, marbled edges and endpapers, front pastedown with armorial bookplate of William Philip Earl of Sefton; Volume 1. frontispiece handcoloured aquatint plate of Native of Nukahiva drawn and engraved by J. A. Atkinson, xxxii, 314 pp, with a folding engraved map by Neele Chart of The Northwest Part of the Great Ocean, Drawn By D. F. Sotzmann 1811, Reduced from Captn. Krusenstern’s Original Chart; Volume 2. frontispiece handcoloured aquatint plate View of Nangasaki by Atkinson, x, 404 pp; light foxing and toning to preliminaries of Volume 1, else clean and crisp throughout, with the plates and map in fine condition; an excellent wide-margined copy.

First edition in English of Krusenstern’s important narrative of the first Russian circumnavigation.

Although ostensibly under the auspices of the Czar, Krusenstern’s expedition was actually funded by the Russian American Company to “open relations with Nippon and the Sandwich Islands, to facilitate trade in South America, to examine California for a possible colony, and to make a thorough study and report on the Northwest coast, its trade and future” (Hill).

A number of the officers under Krusenstern’s command, including Lisiansky (commanding the Neva), Bellingshausen, Kotzebue, Rezanov and Langsdorff, would go on to make significant voyages of exploration in the Pacific.

After visiting Brazil, the expedition entered the Pacific, where the Neva and Nadeshda were separated in a storm. Lisiansky, in the Neva, made for Easter Island, later meeting up with Krusenstern, in the Nadeshda, in the Marquesas. The two ships then sailed together to Hawaii. From there Krusenstern  continued west to Kamchatka, Sakhalin and Japan – his narrative contains an extensive account of his failed ambassadorial mission in Nippon – while Lisiansky made for Russian America. The expedition ships would eventually rendezvous in Canton before returning to Kronstadt by way of the Cape of Good Hope.

Krusenstern’s account was first published in Russian, in three volumes plus folio atlas, at St. Petersburg, 1809-1813. The English edition was translated by Hoppner from the first German edition (also in three volumes plus folio atlas), published at St. Petersburg, 1810-1814, with the title Reise um die Welt in den Jahren 1803, 1804, 1805 und 1806.