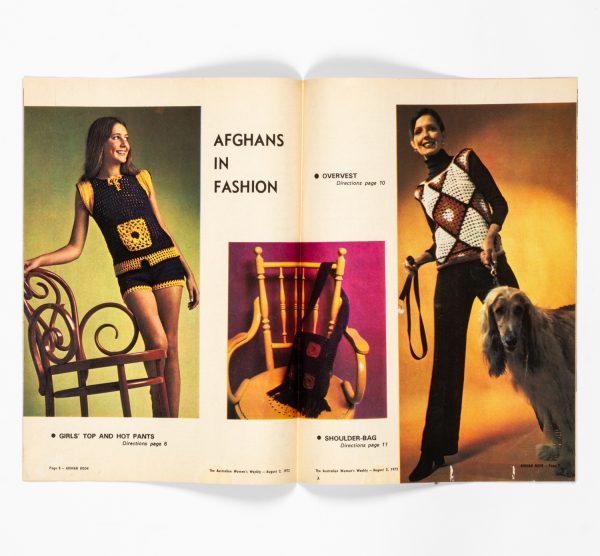 Afghans to knit and crochet

Afghan cameleers were first brought to South Australia in 1838; in the nineteenth century they made an enormous contribution to the exploration and opening up of the interior of South Australia (including what is now the Northern Territory), and to life on the goldfields of Western Australia.

In more recent times, for two decades from 2001-2021 Australian troops took part in the bitter military conflict in Afghanistan as part of a US-led coaltion of allies, at an estimated cost of 10 billion dollars, with 26 lives lost in action – and chillingly, over 500 through suicide.

In 1972, however – as this Women’s Weekly publication demonstrates – it would probably be fair to say that most Australians associated the word ‘Afghan’ with only two things: crochet design, and an exotic breed of dog.