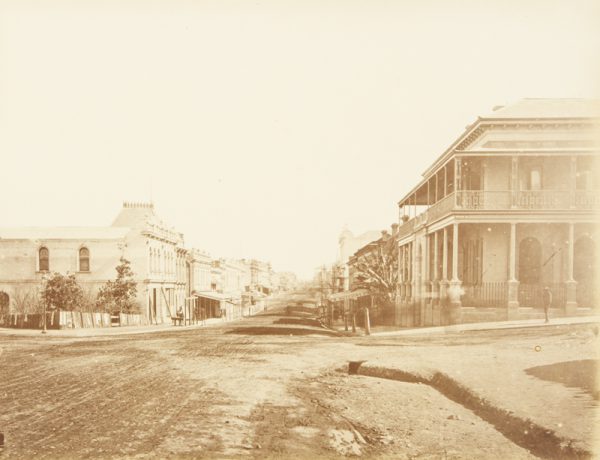 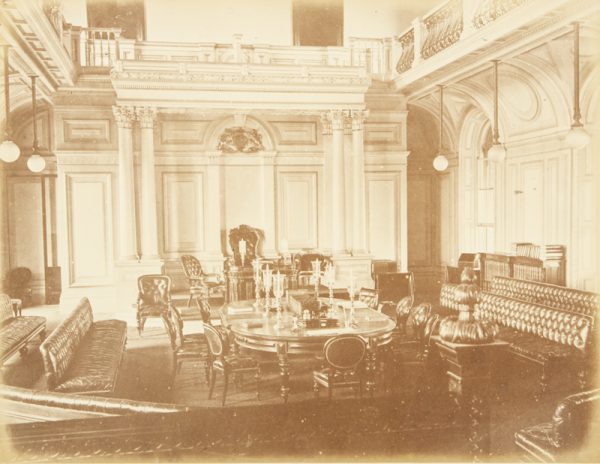 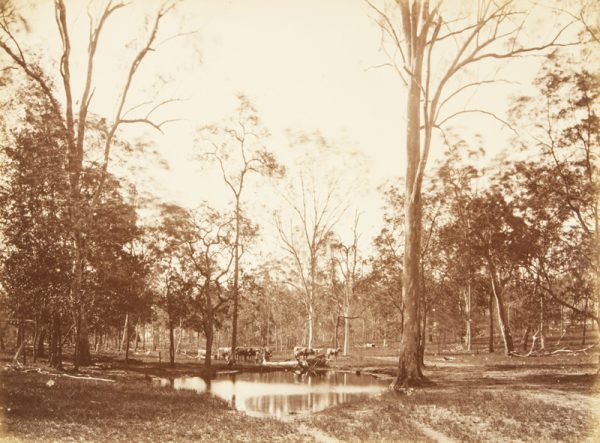 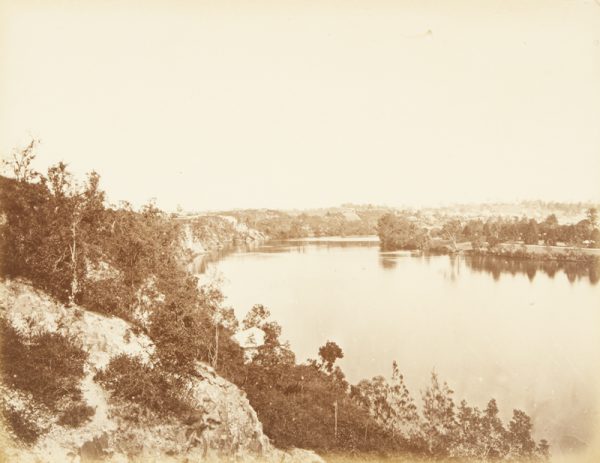 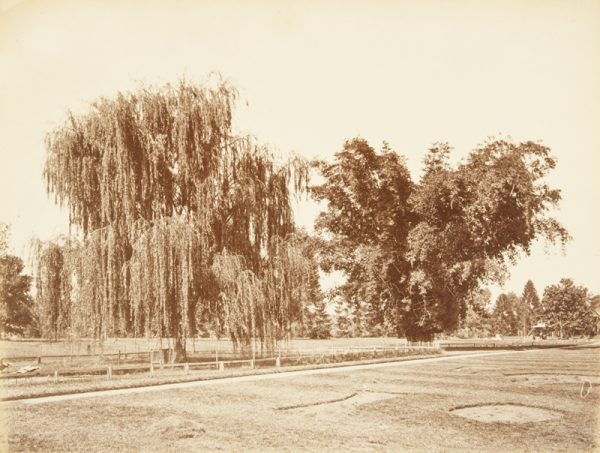 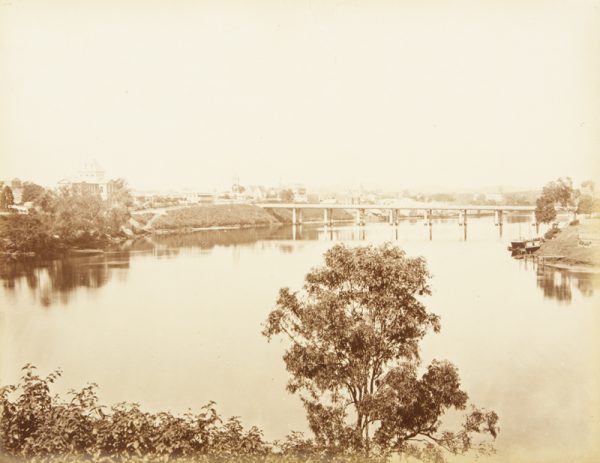 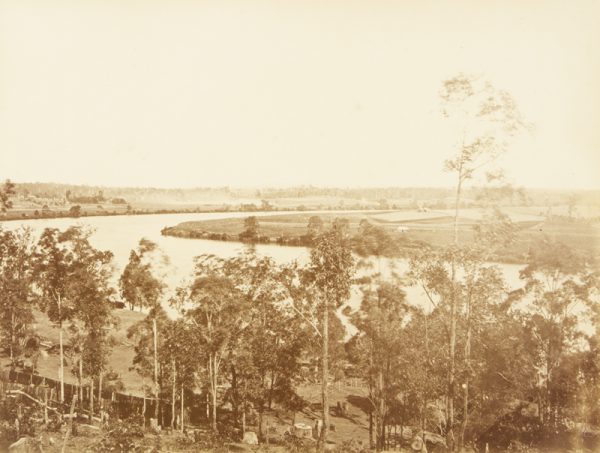 Brisbane and Environs Illustrated: Twelve Views of the Scenery of the City and Neighbourhood.

Second Series … [Contents …] Photographed by Geo. P. Wright, Creek Street, (Opposite the Union Bank) Brisbane. MDCCCLXXVIII. At head of title: Under the Patronage of His Excellency the Governor. Brisbane : George P. Wright [printed by Cleghorn & Co.], 1878. Oblong folio, original half morocco over brown cloth boards with gilt lettering (boards marked and scuffed, corners worn, head of spine frayed), original marbled endpapers, title page printed in red and black (loss at upper right corner), [12] leaves of thick card, recto of each with a mounted albumen print photograph, 210 x 280 mm, centred within a printed purple border bearing the imprint of G.P. Wright, Photo. to His Excellency / Creek Street, Brisbane, and with a printed caption outside the lower border, all interleaving intact, versos blank, the albumen prints with slight yellowing but in very good condition, the leaves clean and with a minimal amount of pale foxing. Extremely rare.

The title page indicates that this edition of Wright’s Brisbane and Environs Illustrated is part of a second series. The only other recorded example of this series is held in the collection of the State Library of Queensland (examples of the first series, issued around 1875, are held in the State Library of Queensland, National Library of Australia and State Library of New South Wales). However, neither album is known to Holden (Holden, Robert. Photography in colonial Australia : the mechanical eye and the illustrated book), whose bibliography cites 130 Australian works to use original photographs that were published between 1865 and the early 1890s. Brisbane and Environs Illustrated is an album of major significance, not only for the early photographic record of Brisbane which it provides, but also for the fact that it represents a substantial example of the early photographically illustrated book in Australia.

The photographer George Parkinson Wright was active in Brisbane between 1874 and 1883. He is known for a large-scale panorama of Brisbane from New Farm, showing the serpentine course of the Brisbane River, taken around 1875, and his technical prowess was recognised in his appointment as official photographer to the Governor of Queensland. In 1878, the year in which Brisbane and Environs Illustrated was published, Wright moved from his Fortitude Valley studio to new premises in Creek Street.

The titles of the twelve views in the present album are: