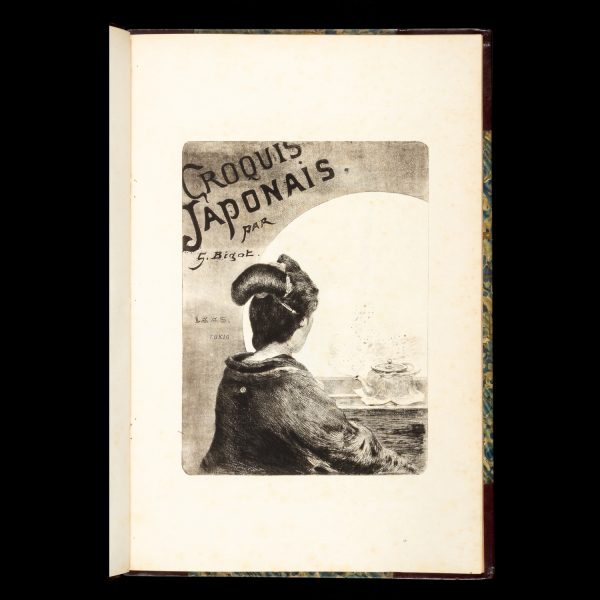 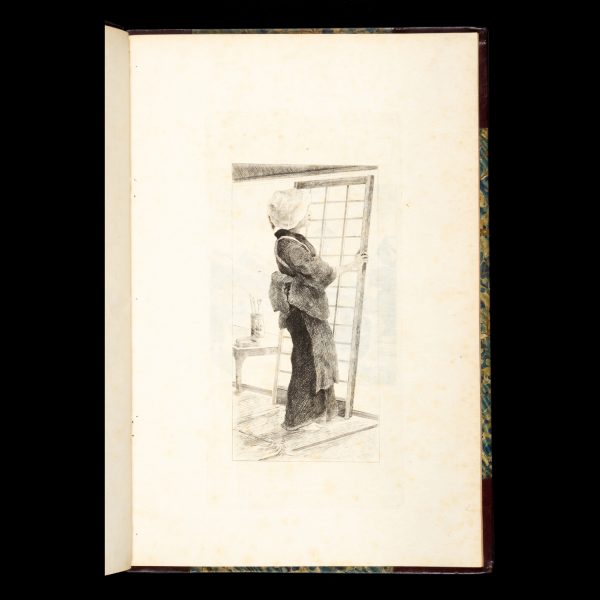 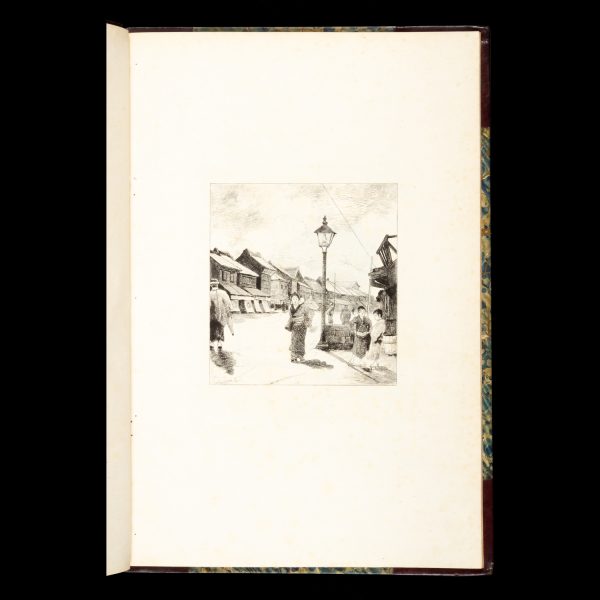 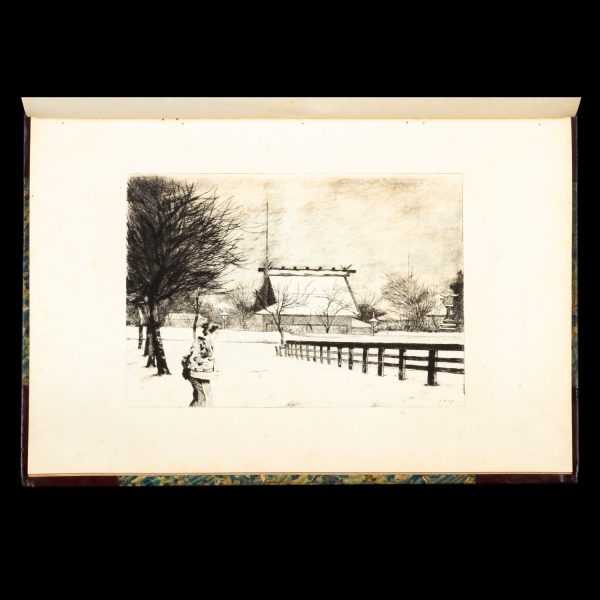 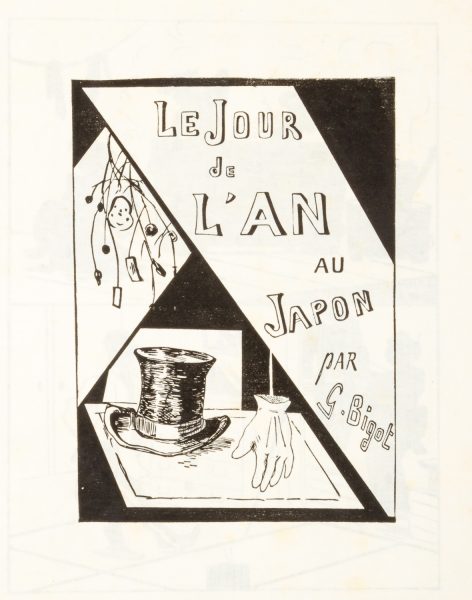 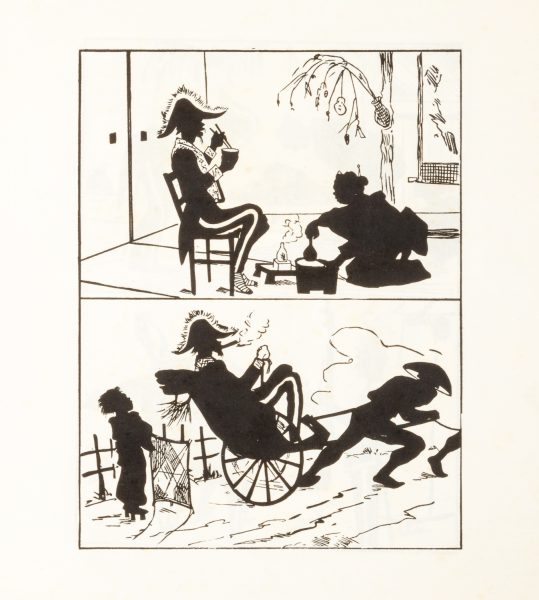 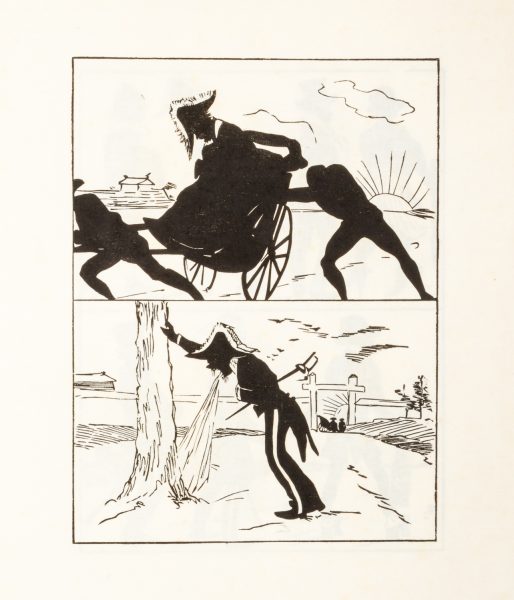 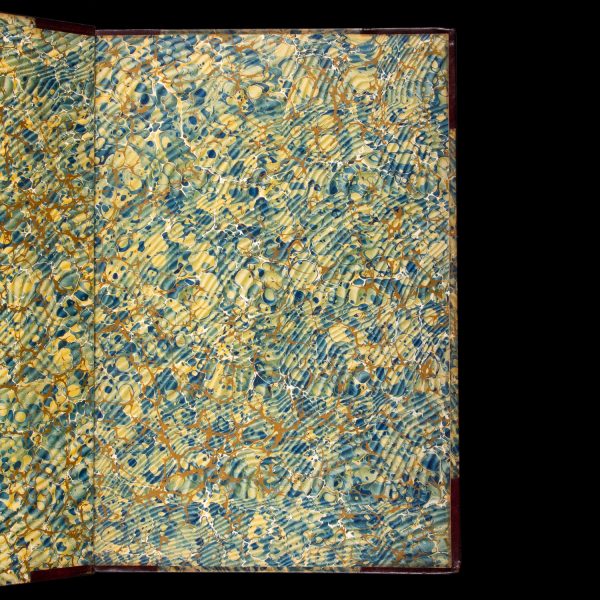 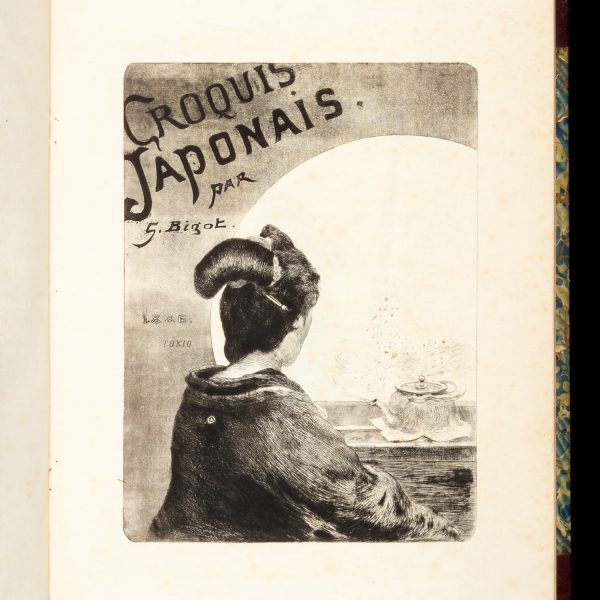 [Tokyo : The artist, 1886]. Two volumes in one, large folio (480 x 330 mm) (as issued), slightly later half burgundy crushed morocco over marbled papered boards ruled in gilt, spine with raised bands and gilt lettering, pastedown with bookplate of Grolier Club Library with its ‘WITHDRAWN’ stamp, marbled endpapers, original Japanese textured grey paper wrappers bound in; the first work comprises [20] leaves, all with original etchings mostly illustrating Japanese types and their costume but including several landscapes, printed recto only on Japanese paper, some with Bigot’s engraved signature; the first leaf is the etched cover to the separately issued work, with the title and imprint Croquis Japonais par G. Bigot. 1886. Tokio; note that this is one of several variant editions of the same title which has only 19 (not 29) etchings, with the selection of images differing markedly in each of the editions; occasional very light foxing to the leaves and plates, but the exquisite etchings all with strong contrast; the second work, Le Jour de l’An au Japon par G. Bigot, comprises [11] leaves, the first a wood-engraved title leaf, followed by 10 original wood engravings in a striking silhouette style mischievously depicting the New Year’s Day mishaps of a slightly debauched naval officer in a sequence of scenes that satirise the clash of traditional Japanese and Western cultures; some insignificant spotting, but a fine example of this work.

French artist Georges Bigot (1860-1927) lived in Japan from 1882-1899. He moved there soon after the beginning of the Meiji era, when Japan was opening up to the West for the first time, and the phenomenon of Japonisme was at its height in France. Initially he earned a living as a drawing instructor at the National Military Academy. As a sketch artist he became a prolific contributor to Japanese periodicals, establishing a reputation as a satirical cartoonist. He was eventually to publish more than 30 books that featured his exquisite illustrations, done in a variety of mediums.