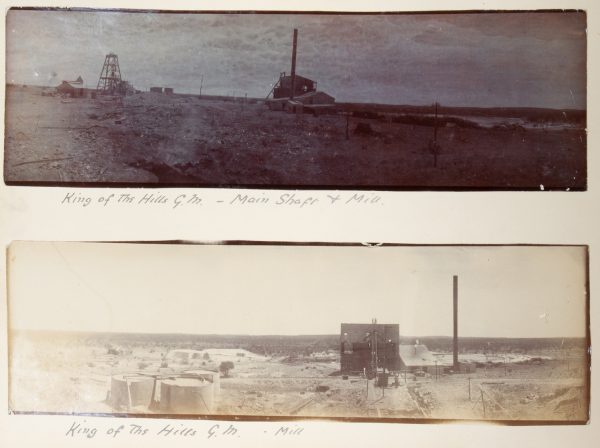 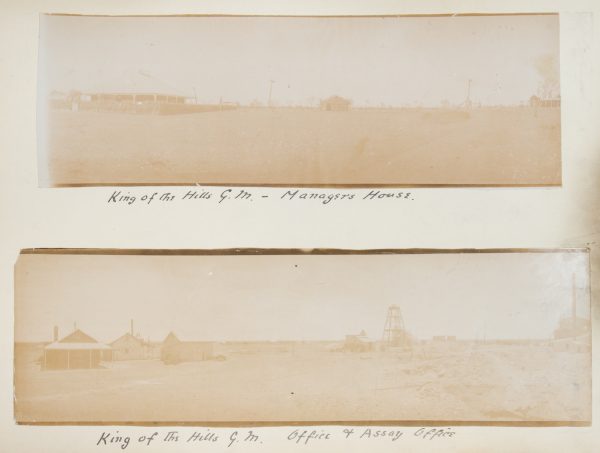 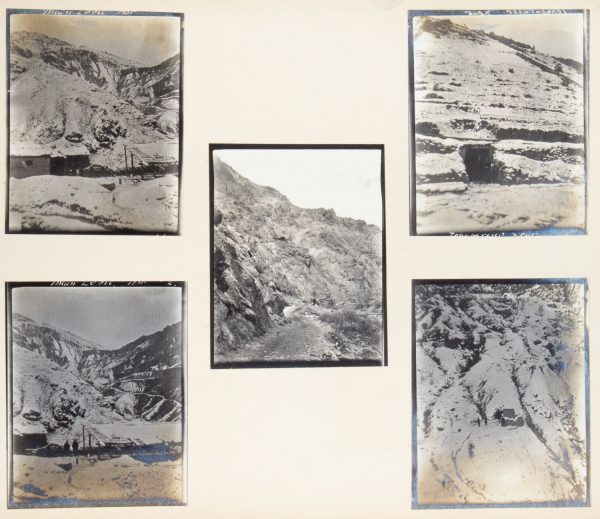 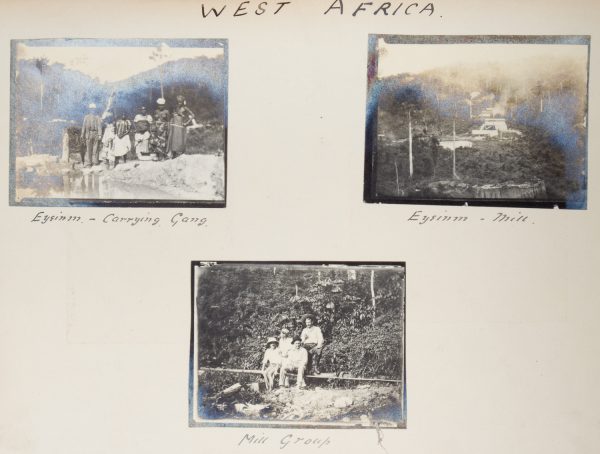 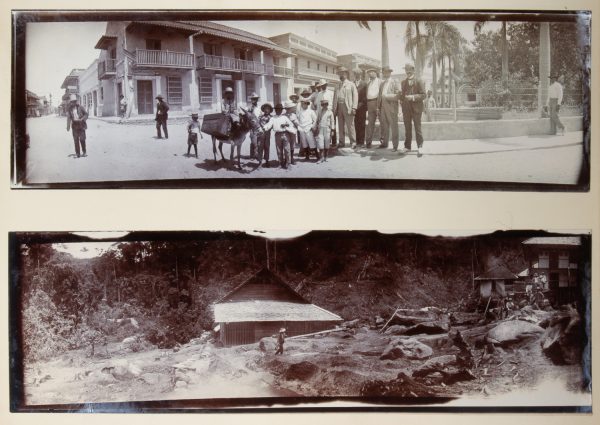 [GOLD MINING] Photograph album compiled by a globetrotting mining engineer between 1900 and 1910, with his unique panoramic views of the King of the Hills mine in Western Australia, and topographical views in West Africa, Colombia, and the Caucasus, many of them documenting gold mining enterprises.

Late nineteenth century photograph album, oblong folio (280 x 370 mm), half calf over black crushed morocco ruled in gilt (heavily worn, front board detached), all edges gilt, containing a total of 150+ silver gelatin photographs (and one albumen print) mounted on thick leaves; over 50 of the photographs were taken with a special panoramic camera, and the prints are in an impressive 100 x 300 mm format; the remainder were taken with a small conventional Kodak camera, the prints measuring 110 x 85 mm; many (but not all) of the views are captioned on the mounts; the album opens with a large albumen print of timber cutters in a jarrah forest, Western Australia (235 x 295 mm); the first sequence comprises 8 stunning panoramic shots (mounted two to a page) and two smaller views of the King of the Hills Gold Mine, near Leonora, Western Australia; then follows, under the caption title ‘West Africa’, a sequence of 21 smaller format views taken on the Ashanti goldfields, including views of mining operations and their staff (unfortunately the album’s compiler identifies himself in some of the shots only as “self” when writing his captions); the next section covers Trinidad, Panama, and the Columbian gold regions of the Rio Magdalena, Cartagena and Barranquilla, and comprises 22 superb panoramic prints, again with several documenting gold mining activities; the final section is the most extensive, and is devoted to a trip to the Caucasus region (probably in the capacity of mining consultant or observer), with almost 70 small format views and 25 spectacular panoramic prints (sadly, the majority uncaptioned) of landscapes, mining operations, and people; loose at the rear of the album are a dozen or so celluloid negatives for some of the panoramic prints in the album; a small number of the mounted prints are somewhat faded, but the majority are very well preserved.

An important thematic album that contains a unique eyewitness record of gold mining technology and practices on four different continents at the turn of the twentieth century.