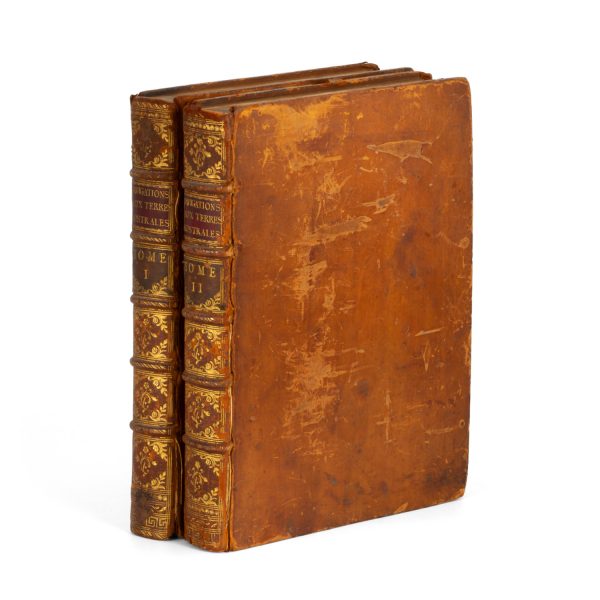 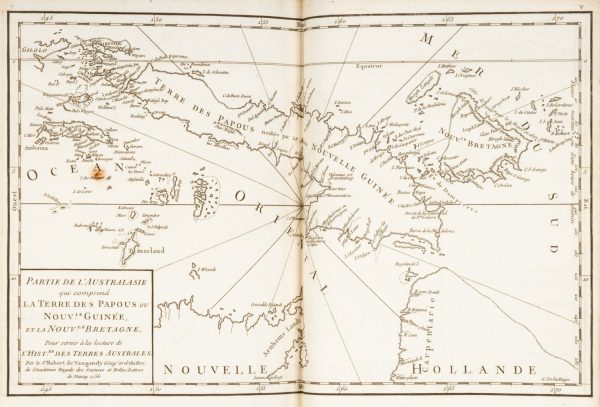 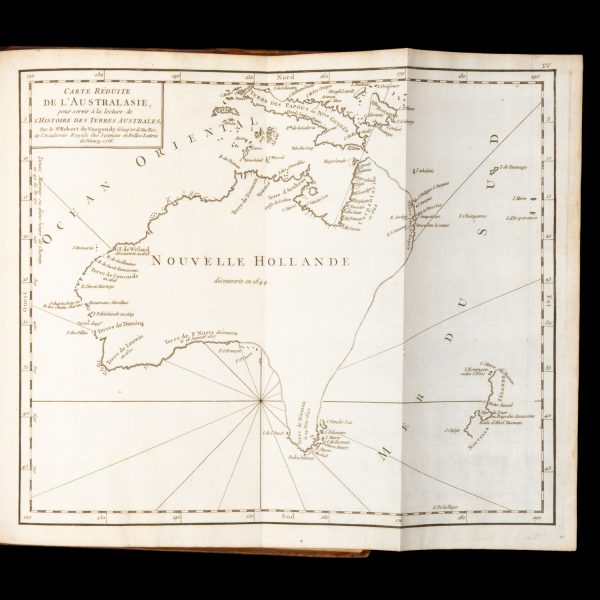 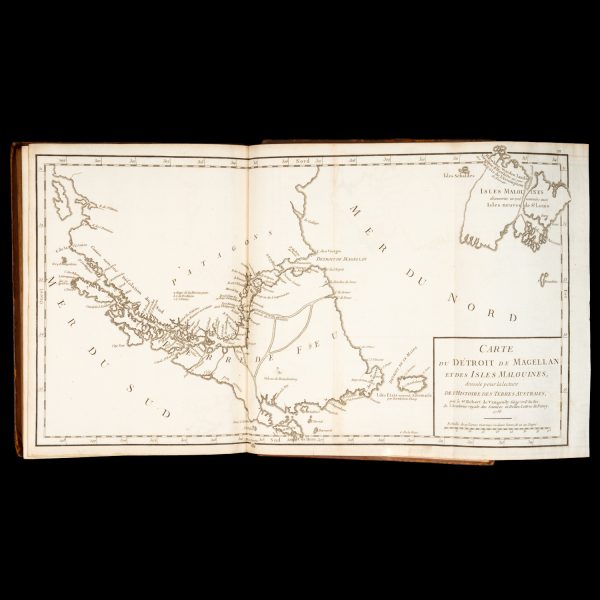 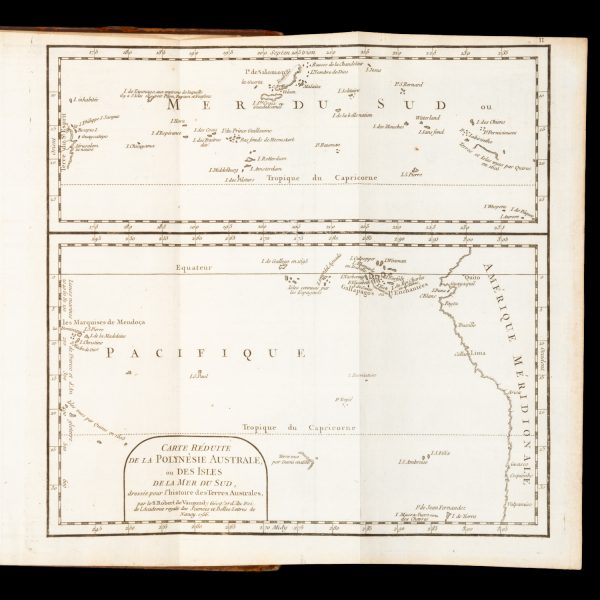 The first edition of de Brosses’ collection of early South Seas voyage accounts: a cornerstone work on European exploration in the Pacific.

‘[This is an] extremely important and thorough collection of voyages, and one of the outstanding works relating to the early history of Australasia. It contains an account of all voyages, beginning with the second expedition of Vespucci in 1502 and ending in 1747, in which navigators touched upon the supposed southern continent of Magellaniea, which is now represented by Australia and some scattered islands in the Antarctic regions… The work… is of special importance because de Brosses proposes that France should settle Australia with her foundlings, beggars, and criminals… His goal was to stimulate French discovery and colonization in the South Seas.’ (Hill)

The work is divided into three parts: Magellanie, Australasie and Polynesie. The geographical terms Australasia (Australasie) and Polynesia (Polynésie) were coined by de Brosses himself. It contains accounts of the voyages of Vespucci, Magellan, Drake, Sarmiento, Hawkins, Quirós, Noort, Spilbergen, Nodal, Schouten, Dampier, Roggeveen, Anson and others.

De Brosses believed that France should attempt to settle Australia and establish a penal colony there; his original ideas would be presented anew and from a British perspective by Callander in his Terra Australis Cognita (Edinburgh, 1766-68).

Of the seven maps six are by Robert de Vaugondy, including the famous Carte réduite de l’Australasie and a superb world map centred on the Pacific.