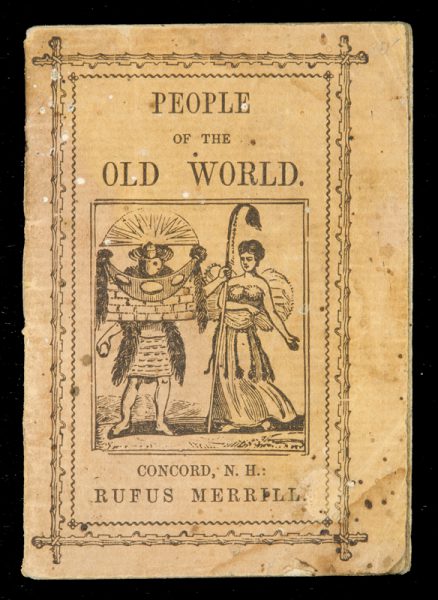 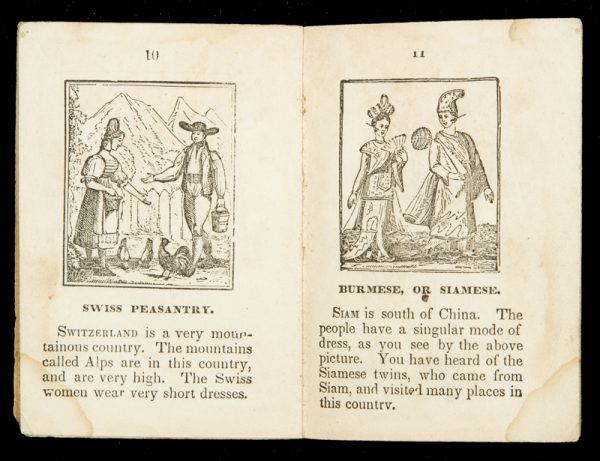 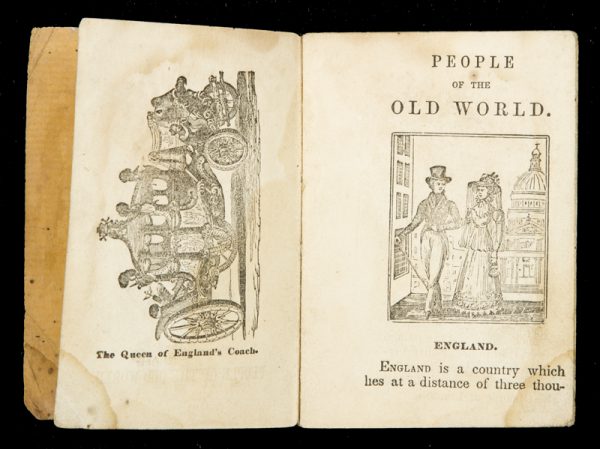 [TAHITI] People of the Old World

The fourth in a series of six chapbooks published by Rufus Merrill in 1854, the other titles being My flower pot; Book of birds; Stories about dogs; Book about America, and Indian anecdotes. The parts appear to have been separately issued but examples are also known of the entire series gathered in one binding. Although ostensibly about peoples of the Old World, the front wrapper features a lovely illustration of a man and woman of Otaheiti in ceremonial attire. This image is repeated above the short text describing the Otaheitians on the final page. Other non-European peoples included are Circassians; Persian people; Chinese, and Burmese, or Siamese; the European peoples represented are England; Scotch people; Holland; Icelanders; Danes, and Swiss peasantry.

A single copy is recorded in Australian collections (State Library of Victoria).