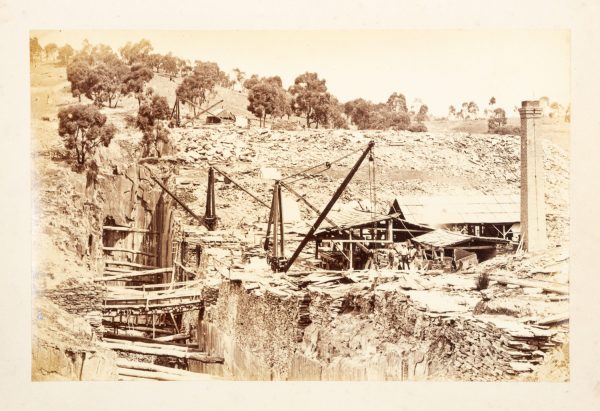 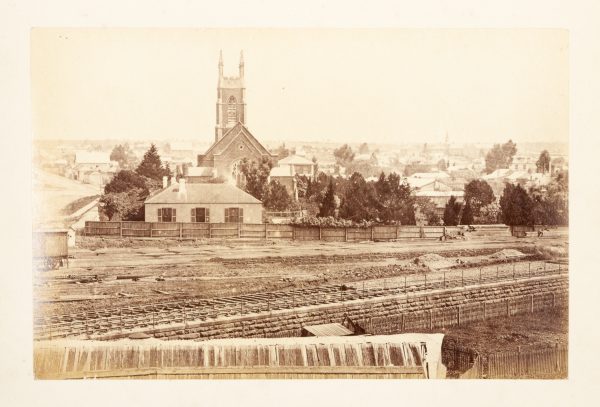 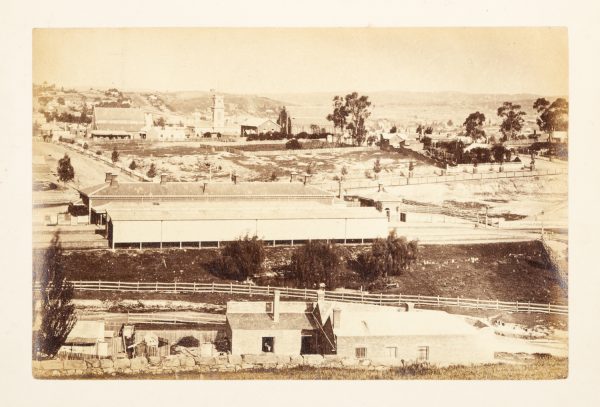 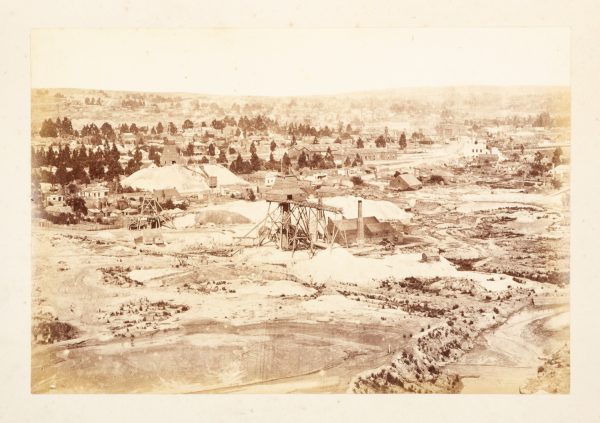 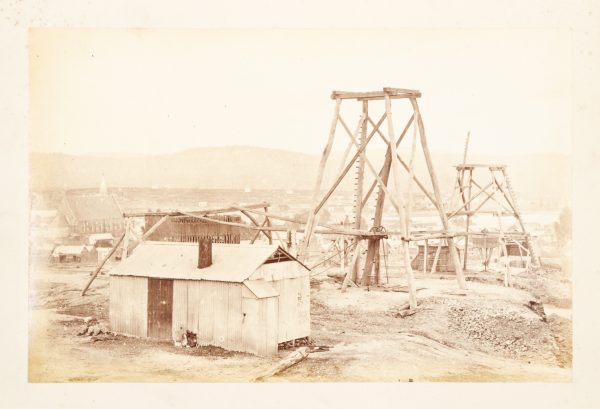 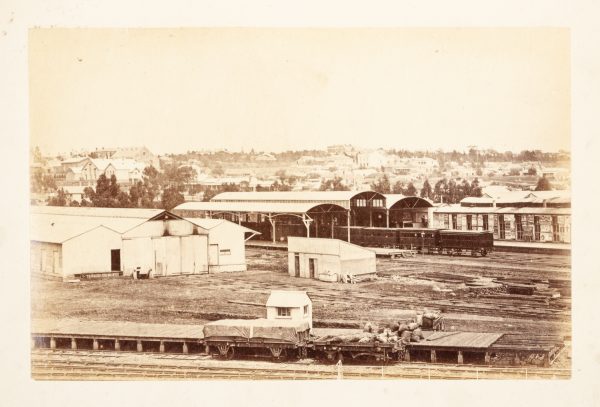 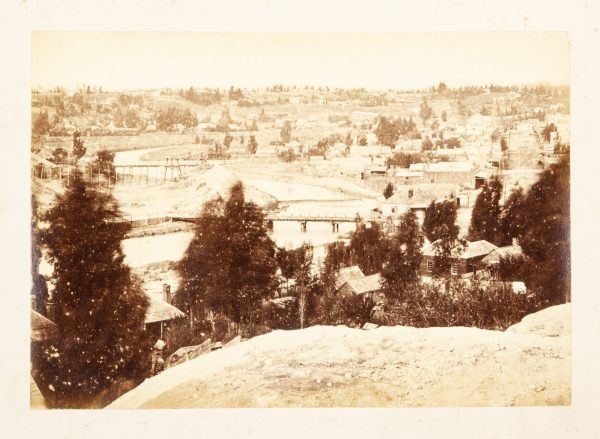 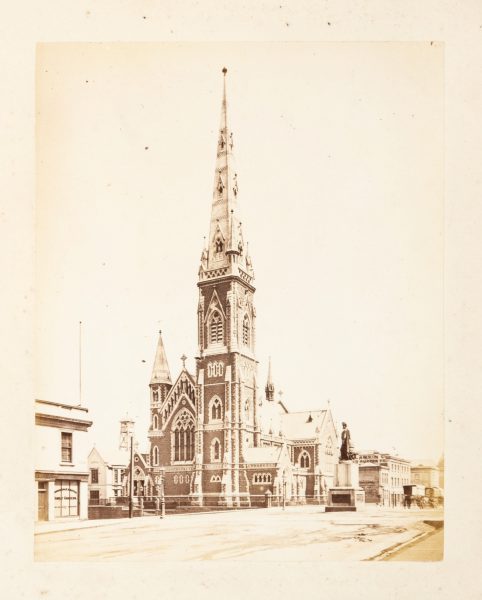 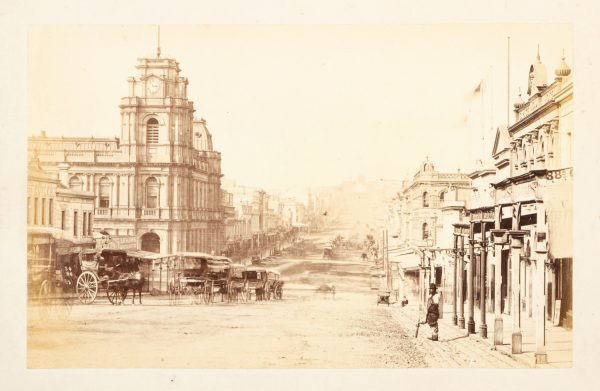 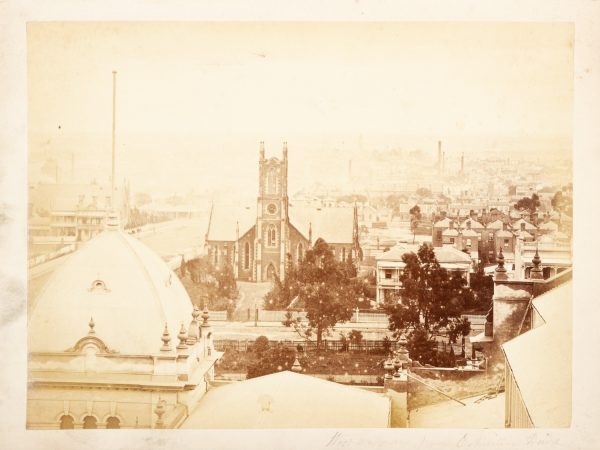 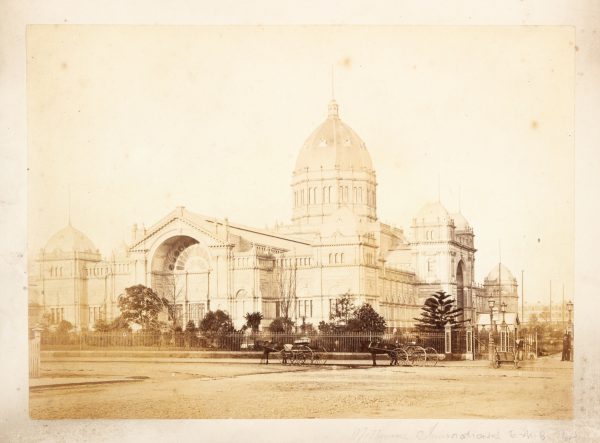 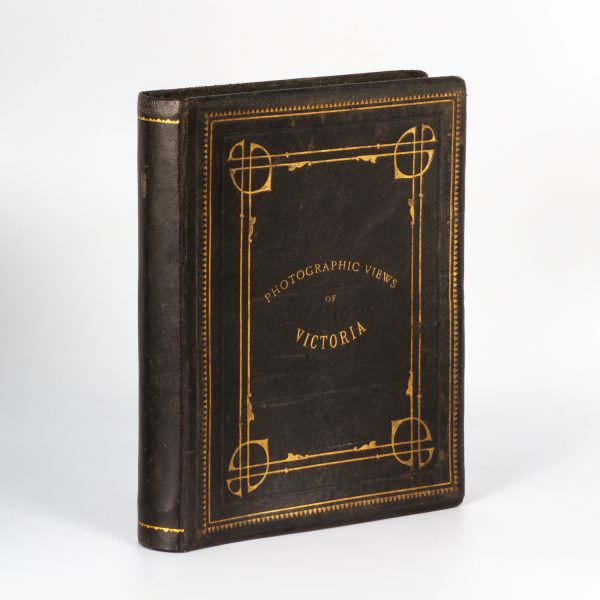 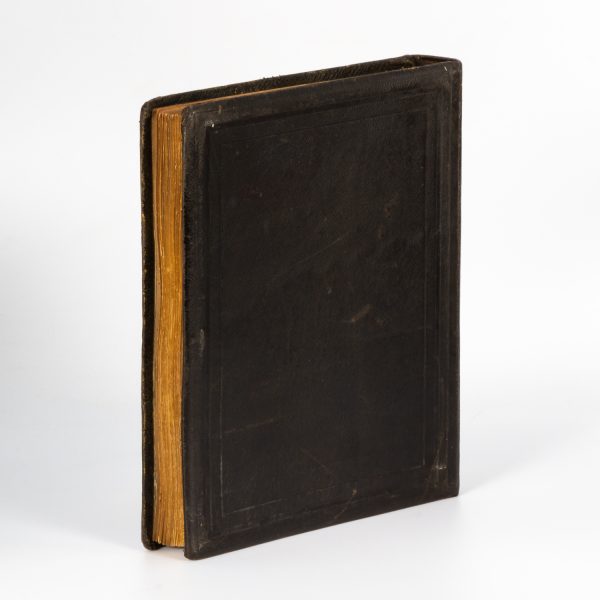 Photograph album, quarto (270 x 220 mm), original full black morocco over heavy boards, upper board with gilt-tooled ornament and title, silk endpapers, the front free-endpaper with a contemporary inscription in ink: ‘A Souvenir of Victoria. To Mrs. Rose from A. & S. M. Melbourne, 4th January 1882’; containing [36] albumen print photographs individually mounted on the rectos of gilt-edged card leaves, all (bar two) with captions in pencil in period hand on the mount below the image (these were presumably written by one of the couple who presented the album to Mrs. Rose); while most of the prints have good definition and tonal range, a number are faded to varying degrees; the endpapers have foxing but the mounts are generally clean, with occasional spotting.

Charles Nettleton (1826-1902) worked as an official photographer to the Victorian government and the City of Melbourne. Of all the Melbourne photographers of the nineteenth century, he was probably the most prolific documenter of the metropolis, from the 1850s through to the 1880s; and, with the possible exception of N. J. Caire, he was the most active and widely-travelled photographer to record the landscape and townships of regional Victoria in the 1870s and 1880s.

The photographs in the album offered here were all taken by Nettleton, probably between the years 1879 and 1881. They are sometimes elsewhere found with printed caption labels bearing the title ‘Victorian Views’. Over many years, Nettleton probably produced a large number of such albums in special bindings, which were made to order for customers who could select the images they wanted from his vast inventory. Examples of these albums are known from different periods, with variant titles and with different numbers and configurations of images. Nettleton was a smart businessman, and he spruiked his “souvenir photographs” in whatever places he visited throughout the colony. This is exemplified in the following short article which appeared in the Echuca newspaper, the Riverine Herald, on 27 January 1879:

‘PHOTOGRAPHIC VIEWS OF VICTORIA.—
Mr. C. Nettleton, well known as the premier landscape photographer of Victoria, and who secured honors at the Paris Exhibition, paid Echuca a visit last week and took four views for his new series of photographic views of Victoria. The places of interest photographed in Echuca were the bridge over the Murray, the wharves, pontoon bridge, and a general view of the town taken from the floor of the New Murray Bridge. These photographs are to be placed with others in Mr. Nettleton’s albums, which contain 60 large photographs, and are sold at £3 3s. All particulars may be obtained from Mr. Kendall, Echuca, who has been appointed local agent. Mr. Kendall has a small specimen album on view.’