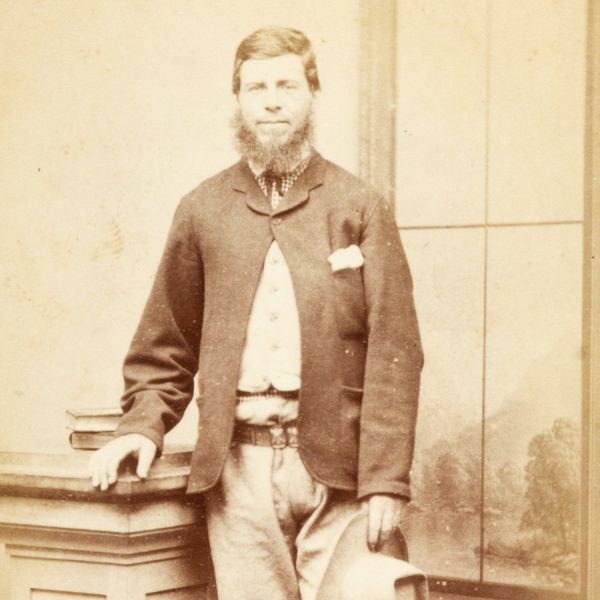 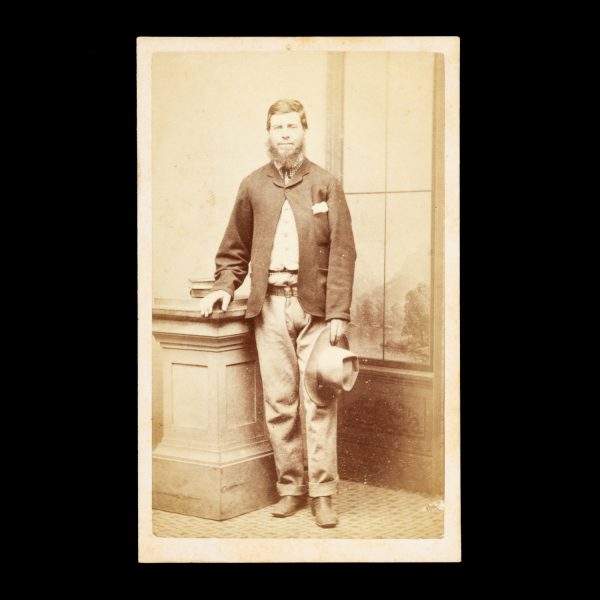 Studio portrait of a man holding a felt hat. Brisbane, circa 1865.

A full-length portrait of a man – quite possibly a farmer – standing a little awkwardly and holding his soft felt hat in his left hand.

From DAAO: ‘John Watson, professional photographer, operated a photographic studio during the second half of 1855 in Edward Street, Brisbane, as a branch of Thomas Glaister ‘s Sydney firm. After disappearing from Queensland early the following year, he must have been the Watson in partnership with James Walker at Sydney in 1860-62. In 1862 John Watson returned to Brisbane, there to run a busy Queen Street studio in his own name until 1875. Watson’s Queensland Album of Photographic Scenery (John Oxley Library) was published in 1874.’