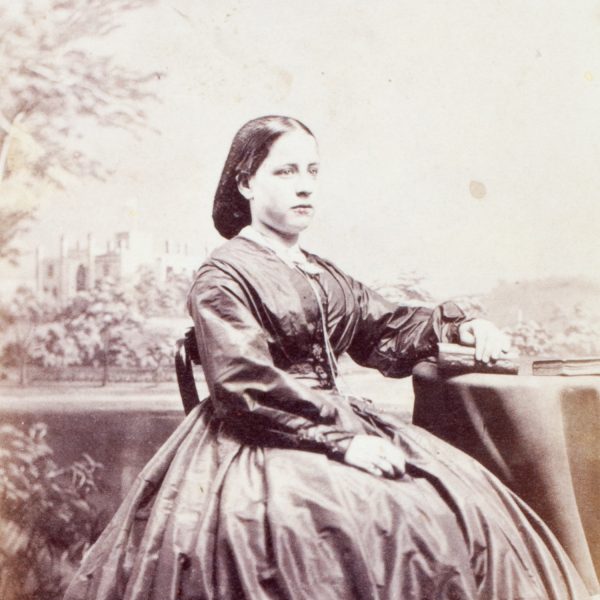 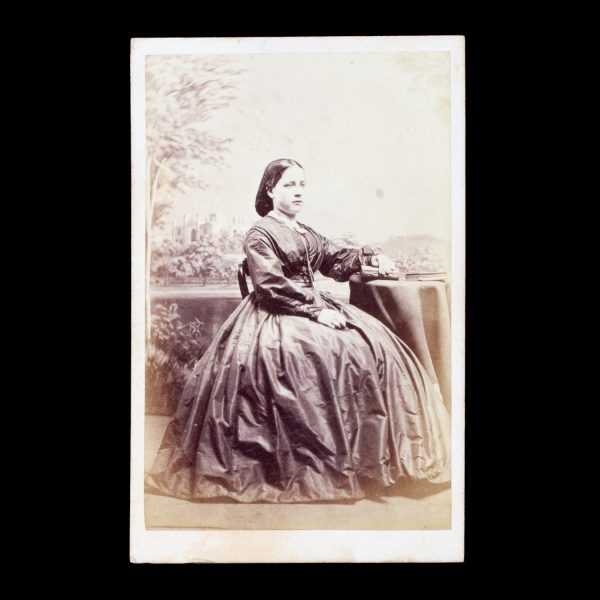 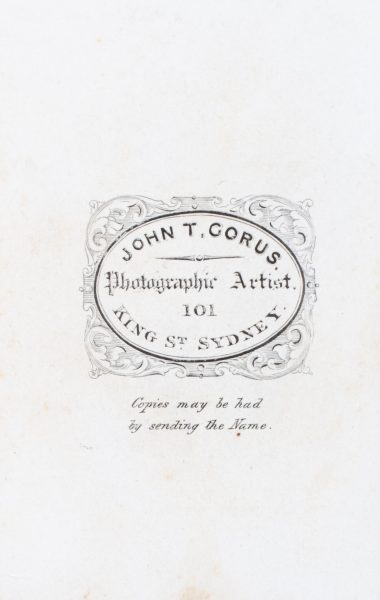 Studio portrait of a wealthy Sydney lady posing in front of a painted backdrop depicting Government House, circa 1864.

In addition to being a minor masterpiece of 1860s colonial portraiture, this carte de visite by John Gorus is a rare example from this early period of a painted backdrop depicting Sydney scenery. The view depicts Farm Cove from the east, with the distinctive turrets and castellations of Government House prominent, just to the left of the attractive young sitter’s head and shoulders. Other Sydney photographers of the early 1860s who are known to have used painted panoramas of Sydney Harbour and its foreshore include Croft Bros., James Walker, and – most interestingly in this case – Charles Pickering, whose studio backdrop from around the same time is virtually identical to that used in the Gorus studio and would appear to have been painted by the same arist. (For an illustrated example of the Pickering backdrop, see Gilmour, Joanna. Carte-o-mania. Canberra : National Portrait Gallery, 2018, illustrated p. 119).