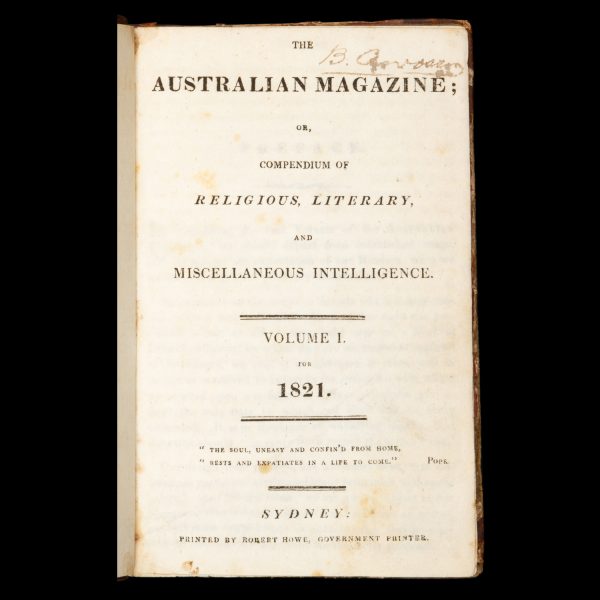 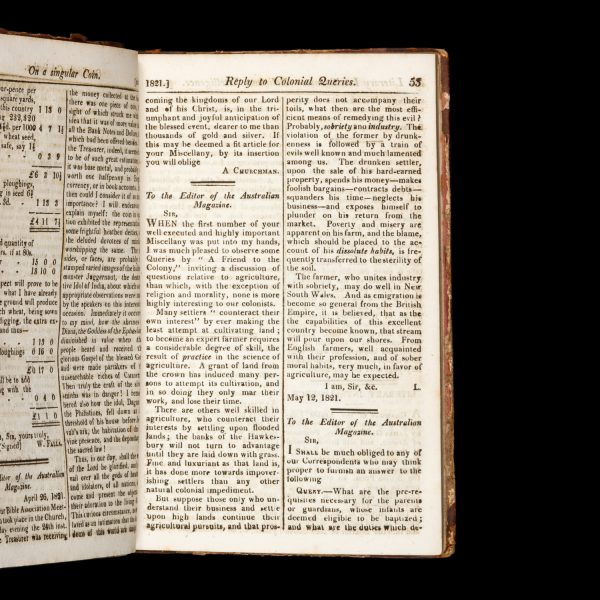 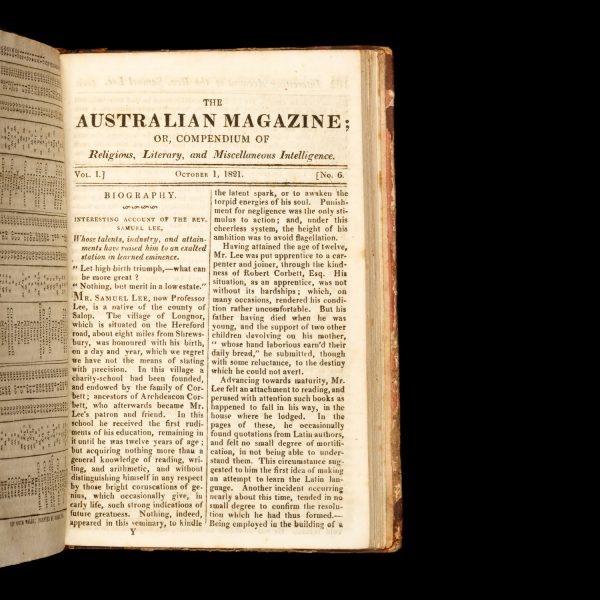 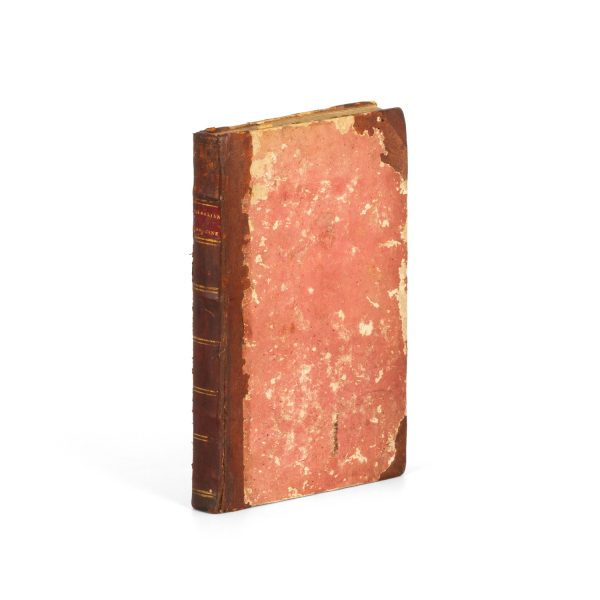 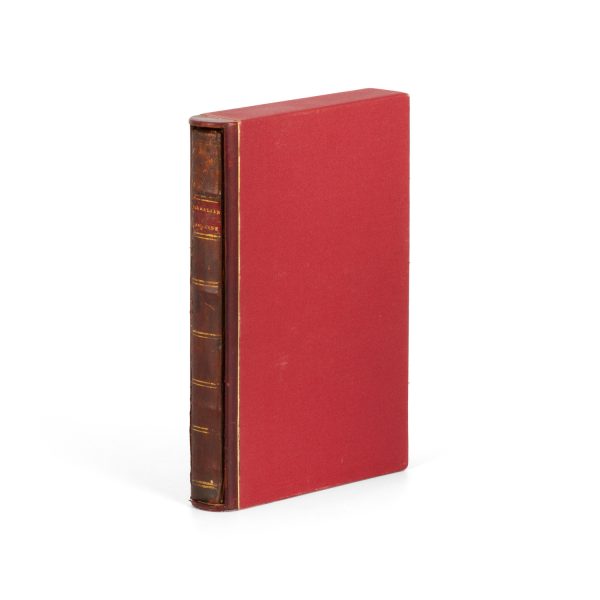 The Australian Magazine; or, Compendium of Religious, Literary, and Miscellaneous Intelligence. Volume 1. For 1821.

Sydney : Printed by Robert Howe, Government Printer, 1821. Volume 1, Number 1, May 1 1821, to Volume 1, Number 8, December 1, 1821 (i.e. the first eight issues). Octavo (190 x 125 mm), contemporary half calf over pink papered boards (heavily rubbed, with some surface loss), spine with contrasting red morocco title label lettered in gilt (expertly rebacked); i-8 (title leaf with early ownership signature, Preface and Index), 1-256 pp; edges with light spotting, contents clean and in good condition throughout, with the exception of pages 94-95 which have tearing and paper restoration (with a small amount of resultant text loss); a near fine complete run of the first year’s issues in a contemporary binding, with the specially printed title leaf and other preliminaries bound in; housed in a custom cloth and leather slipcase.

A historically significant bound volume containing the first eight issues (May to December 1821) of Australia’s first periodical, The Australian Magazine. This shortlived publication, edited by Ralph Mansfield and printed by Robert Howe, went out of circulation in September 1822 after only fourteen issues.

As the son of George Howe (1769-1821), who had printed the first book in Australia in 1802 (The New South Wales General Standing Orders) and Australia’s first newspaper in 1803 (the first issue of the Sydney Gazette and New South Wales Advertiser), Robert Howe (1795-1829) was a member of Australia’s most important early publishing dynasty.

The first issue of The Australian Magazine – printed by Robert Howe – was published on 1 May 1821, a mere 10 days before George Howe’s death on 11 May. Having already succeeded his father as Government Printer, Robert also became editor, printer and publisher of the Gazette, which he had formerly helped his father to publish.

‘Robert Howe was dissipated as a young man and in 1819 fathered an illegitimate son. Next year, however, he experienced a spiritual awakening and, in his own words, was “wonderfully and mercifully visited by God and snatched from infamy in this world and Hell in the next”. He joined the group of Methodists who were working in Sydney and their influence, particularly that of Rev. Ralph Mansfield, was apparent when he published The Australian Magazine; or, Compendium of Religious, Literary, and Miscellaneous Intelligence, the first periodical to appear in Australia. The first number appeared in May 1821 and the publication continued until September 1822.’ (ADB)

The Australian Magazine was edited by Reverend Ralph Mansfield (1799-1880), a recently ordained but zealous Methodist minister who had arrived in Sydney from Liverpool, England, in September 1820.

From Mansfield’s editorial Preface, dated December 1 1821, bound in at the front of the present volume:

‘Our design, from the first, has avowedly been, “to disseminate useful knowledge, religious principles, and moral habits.” And though some, we are aware, object to our Magazine, that it wears too grave and religious an aspect, candour must compel them to acknowledge, that we have not swerved from the intentions we distinctly proposed. Political discussion, and party spirit, and personal allusion, we have scrupulously avoided. Literature and science, while we have devoted to them a portion of attention, have been kept subordinate and subservient to our primary design. Of Colonial occurrences we have endeavoured to select the most interesting; though this department is, in a great measure, superseded by the weekly Journal [i.e. the Sydney Gazette].’

Very rare. Rare Book Hub locates no individual issues or runs of The Australian Magazine in its auction records which go back well over a century.