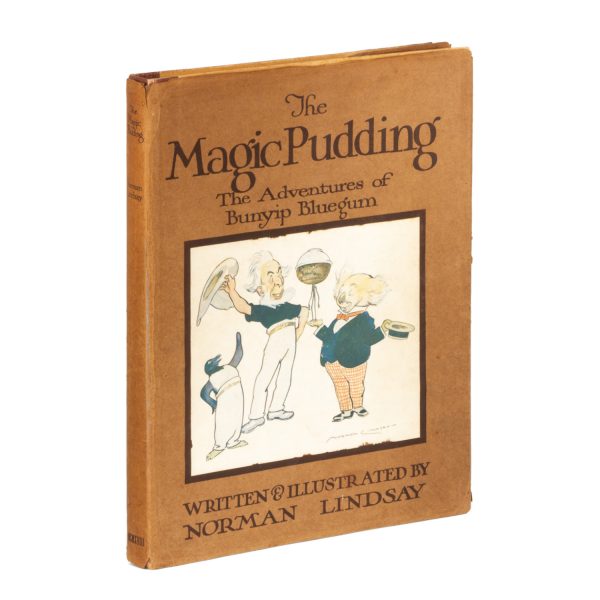 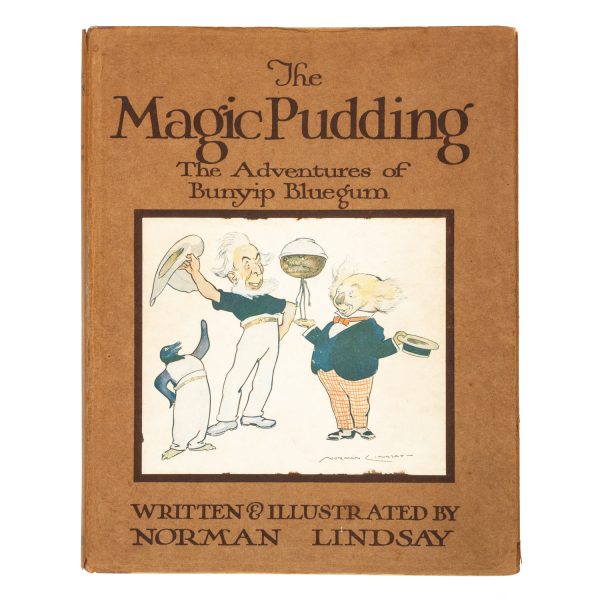 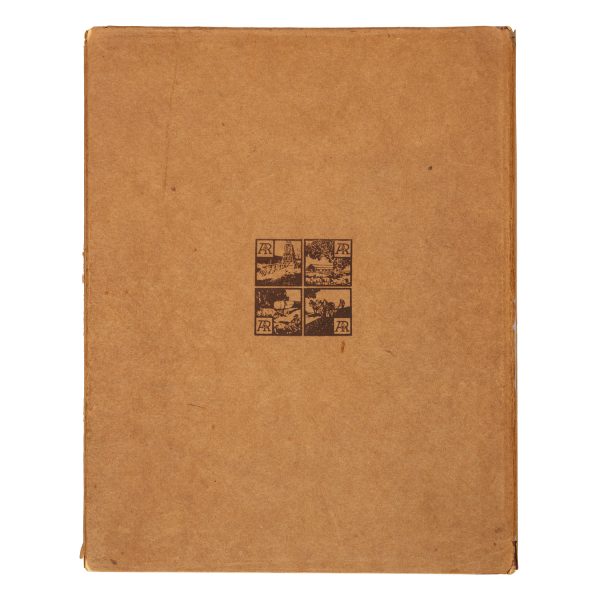 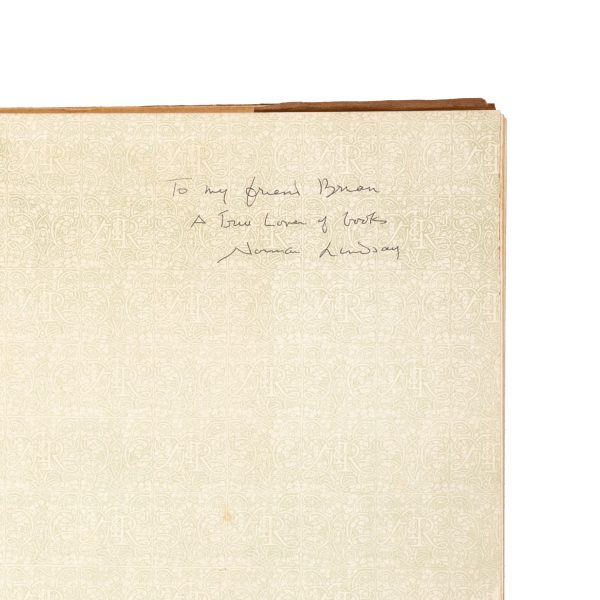 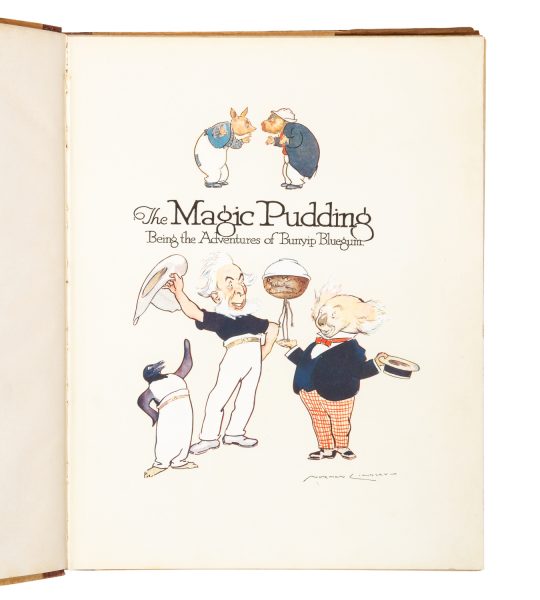 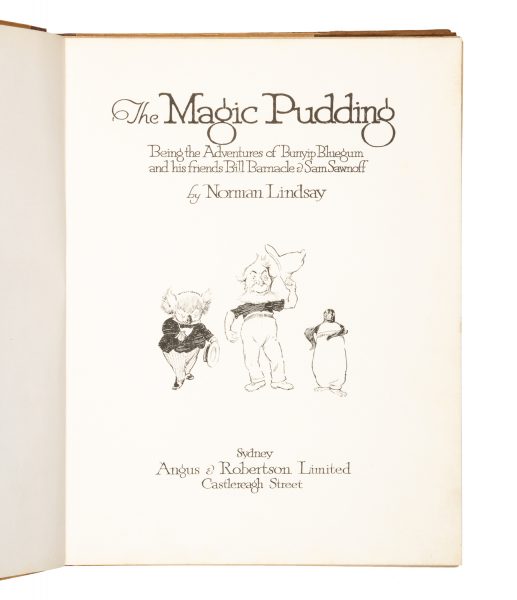 / Being the adventures of Bunyip Bluegum and his friends Bill Barnacle & Sam Sawnoff. Sydney : Angus & Robertson, 1918. Quarto, quarter-cloth over papered boards, lettered in gilt on the spine, in fine original illustrated dust jacket (corners rubbed, Japanese paper reinforcements to a few splits), patterned green A & R endpapers, colour title page, pp. 171, illustrated throughout by Lindsay. A fine copy of the first edition in the original dust jacket, with a presentation inscription signed in full by Norman Lindsay to Brian Penton ‘To my friend Brian, a true lover of books, Norman Lindsay’.

The Magic Pudding is without doubt the most famous Australian children’s book ever published, and for nearly a century has never been out of print. Signed copies are notably rare.

Written for children but enjoyed as much by adults, the iconic characters of Bunyip Bluegum, Sam Sawnoff, Bill Barnacle and of course the Pudding have delighted for nearly a century. ‘No matter how much the reader gets out of the story, there is, as with the Pudding itself, always something left’ (National Treasures from Australia’s Great Libraries, Canberra : National Library of Australia, 2005, p. 130).

It is well documented how the idea of the Pudding was first cooked. Lindsay’s friend and editor of Art in Australia Bertram Stevens claimed fairies were the most popular characters for children’s books (an Outhwaite reference), while Lindsay thought it was food. To prove his point, he wrote the book and completed the 102 illustrations in 1917, and immediately upon publication in 1918 it was hailed a success, somewhat to the embarrassment of Lindsay. Published in large format, with a dustjacket, it was designed to appeal to the art collector as much as the child. 3000 copies were printed, but bound at different times, and as such some copies have white endpapers, rather than bearing the A & R monogram, and are lettered in black on the spine.  This is an example of the first issue, with the A & R endpapers and the gilt lettered spine; it is also slightly larger than the second issue.

Jane Lindsay (1920 – 1999, later Jane Glad), the eldest daughter of Norman and Rose Lindsay, recounts in her biography of her father ‘Portrait of Pa : Norman Lindsay at Springwood’ (Sydney : Angus & Robertson, 1973, p. 45) childhood memories of learning to read through Norman reading aloud The Magic Pudding to her and her sister. ‘We were allowed to appear at eleven o’clock in the studio. Pa put his feet up on the mantlepiece and reached for The Magic Pudding. This was our introduction to Pa’s most important work of juvenile fiction. The fact that our own Pa had written it did not impress us at all. I doubt if we realised that he was the inventor of the book’s collection of crazy characters. We just enjoyed them the way thousands of other children have been enjoying them all these years.’

Brian Penton (1904 – 1951), journalist and novelist, began work as a copy-boy on the Brisbane Courier, at the same time as did Raymond Lindsay, second son of Norman Lindsay. Penton remained a close friend of the Lindsays, aiding the publication of Norman’s novel Redheap in 1930. In London, Penton was the business manager of the Fanfrolico Press, and later in Sydney was the Editor of the Daily Telegraph, owned by Frank Packer. In 1943 his portrait was painted by William Dobell and entered in the Archibald, in the same year he won with his controversial portrait of Joshua Smith.

A fine copy with superb provenance of the great Australian classic.