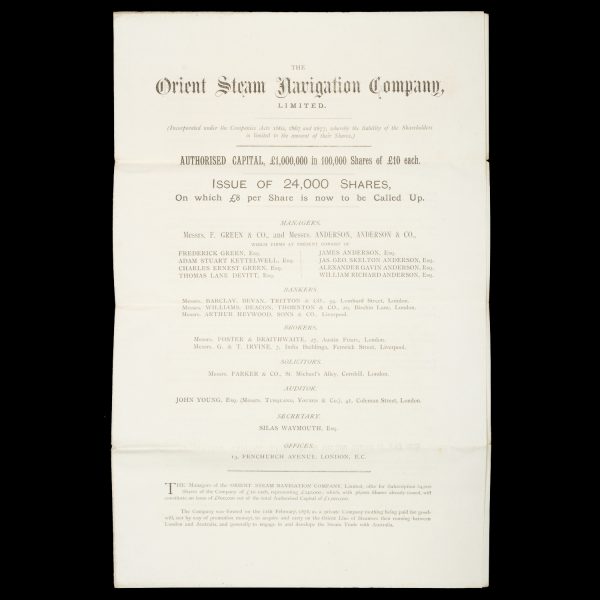 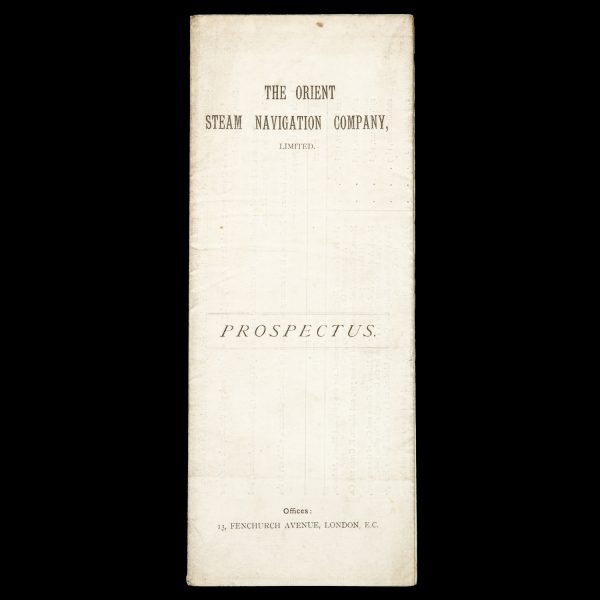 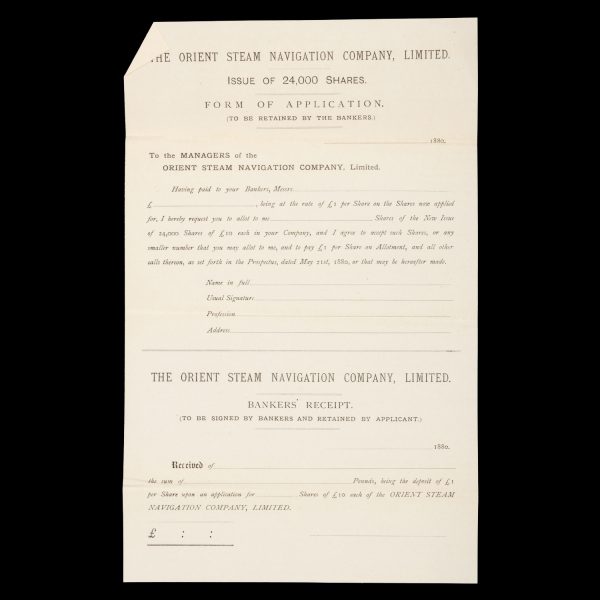 ‘The Orient Steam Navigation Company was established in 1878 and jointly managed by the London shipowning firms of Anderson, Anderson and Company and F. Green and Company until 1919, when the Peninsular and Oriental Steam Navigation Company acquired a controlling interest in its shareholding capital; at approximately the same time the dual management of the undertaking by the Anderson and Green companies came to an end and the two businesses were merged into a private limited company formed for the purpose, Anderson, Green and Company Limited. The Orient company was a small enterprise operating a handful of very large ships in virtually one trade, the mail and passenger service to Australia and New Zealand. In due course it provided a co-ordinated service in this region with ships of the P&O fleet; in later years, similarly in collaboration with P&O, a passenger service between North American ports and Australia and New Zealand was instituted, and in attempts to promote passenger traffic in the Pacific, a series of voyages between North America, the Far East and Australia were inaugurated. The company’s ships were also extensively employed in ocean cruising.’ (Royal Museums Greenwich)