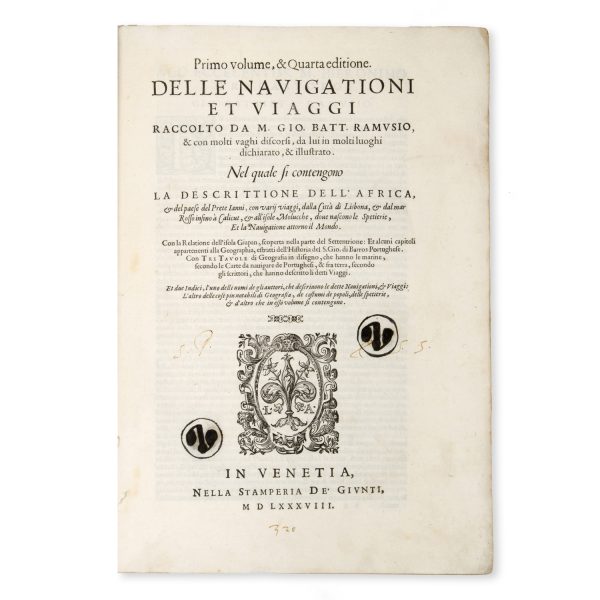 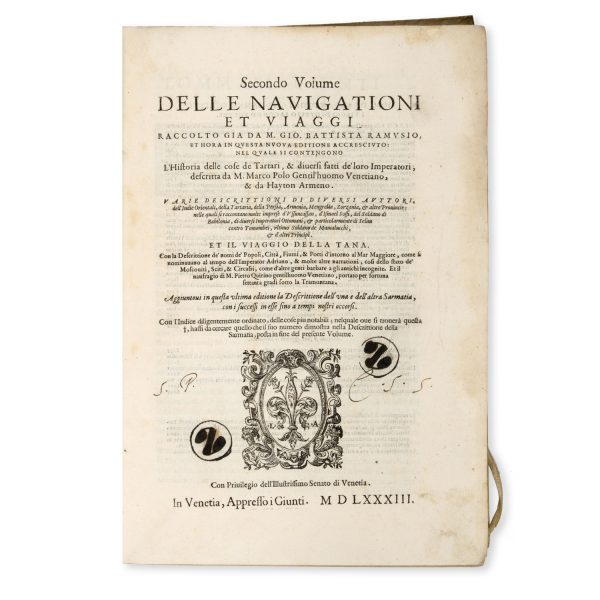 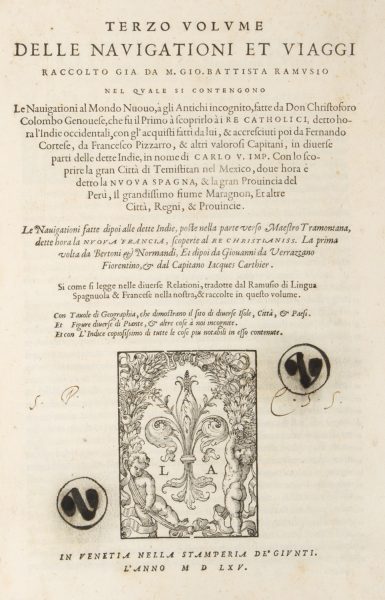 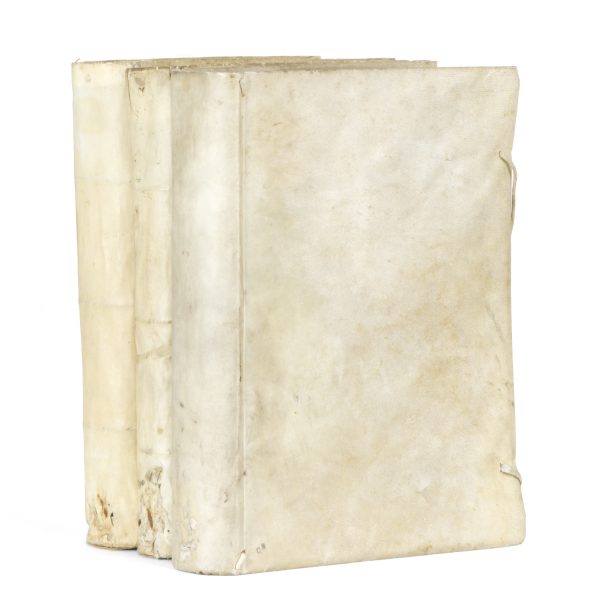 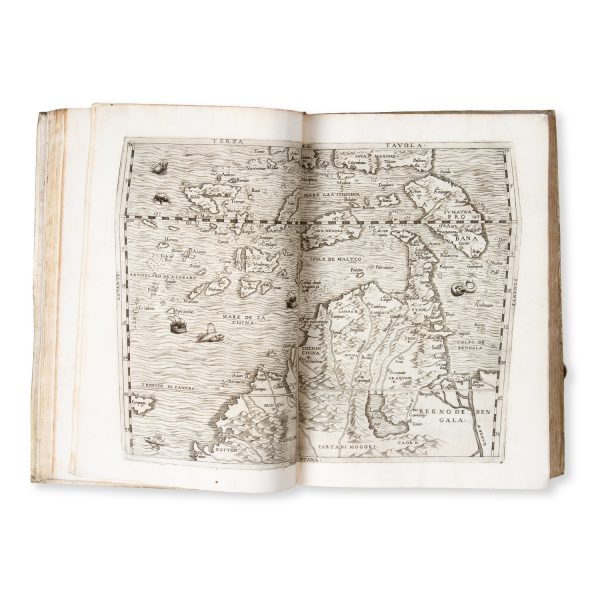 Set of three early Venice editions of this celebrated collection of voyage and travel accounts compiled by the Italian geographer Giovanni Battista Ramusio (1485-1557). The first volume contains one of the earliest published maps to show the Philippine Islands.

The first volume was first published in 1550. It deals principally with Africa, and includes accounts of Amerigo Vespucci, Vasco da Gama, Magellan and Leo Africanus. It also contains accounts of southern Asia and a description of Japan. The third volume, dealing with the New World, was first published in 1556. It contains accounts by and about Cortés, Coronado, Pizarro, Peter Martyr, Oviedo, Ulloa and Orellana. It includes the first printing of Giovanni da Verrazano’s letter to François I on his 1524 voyage to North America, when he sailed up the east coast of North America. It also contains the first printings of Jacques Cartier’s accounts of his famous voyages of 1534 and 1535-6 to the New World. The second volume was published posthumously in 1559. It relates to Asia and contains Ramusio’s famous edition of Marco Polo’s writings and his biography of him, as well as accounts of Central Asia, Russia, and the Northern Sea.

‘One of the earliest and most important collections of voyages and travels of the sixteenth century’ (Church).