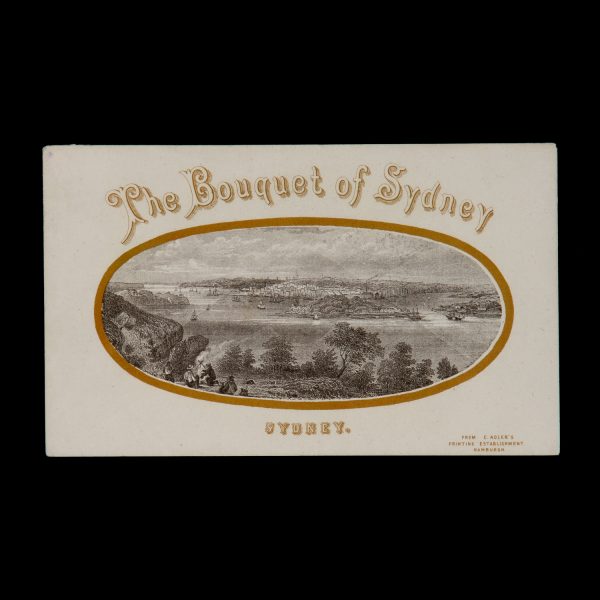 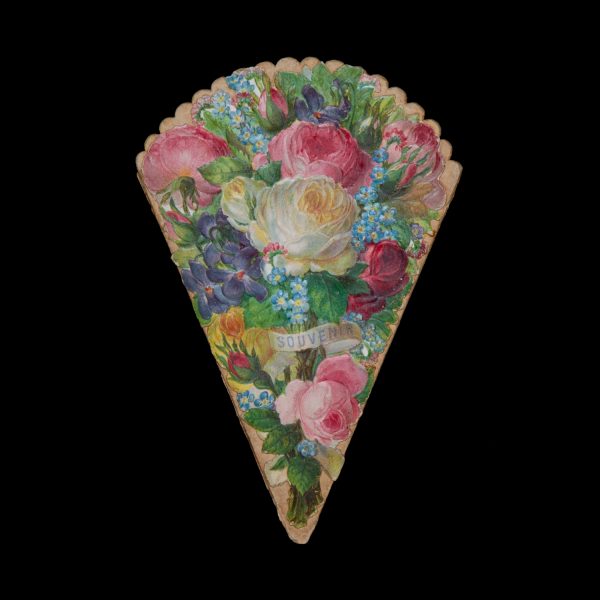 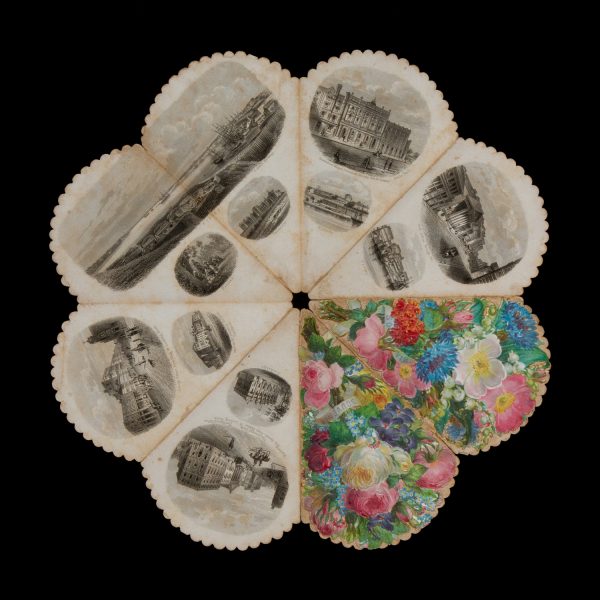 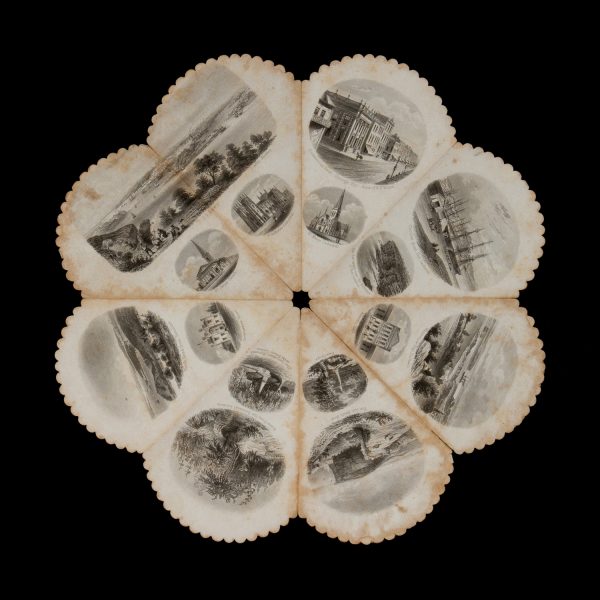 The Bouquet of Sydney

Hamburg : C. Adler, before 1868. Chromolithographed and engraved folding card in the shape of a bouquet of flowers, housed in the original gilt-printed envelope with a lithographed view of Sydney, lettered in gold, the view measuring 520 x 118 mm, the envelope 86 x 142 mm, a fine example.

Adler’s Bouquet of Sydney, a highly ephemeral piece, the charming envelope bearing a view of Sydney from the North Shore, housing the fragile and rare diecut souvenir with 26 engraved views of Sydney.

Adler’s Printing Establishment in Hamburg published over 100 Souvenir Roses in the 1850s and 1860s, commencing with Roses for London and The Crystal Palace for the Great Exhibition of 1851 and extending to numerous European and selected colonial cities. Some Souvenirs took the shape of another flower, such as the Caledonian Roses (there were two), presented in the form of a thistle. Adler printed Souvenir Roses for Melbourne (two versions), Brisbane and Sydney; of the latter, there are only two examples recorded in Australian collections, one in the shape of a rose (National Library of Australia, PIC Drawer 2411 #PIC/8499), and one in the shape of a waratah (State Library of New South Wales, PXA 1939). It appears that neither example is accompanied by its original envelope. The present example takes the form of the bouquet indicated on the lettered envelope.

An advertisement in The Sydney Morning Herald dated 28 February 1868 announces the availability of one of these souvenirs: ‘THE BOUQUET OF SYDNEY, containing 27 views of Sydney and Harbour, beautifully Illuminated and folded in the form of a Waratah. Price 2s 6d’.

It is unclear which form of the souvenir was issued first, the rose, the bouquet, or the Australian native flower the waratah.

A rare and charming souvenir, possibly the only surviving example of the Bouquet with its envelope.